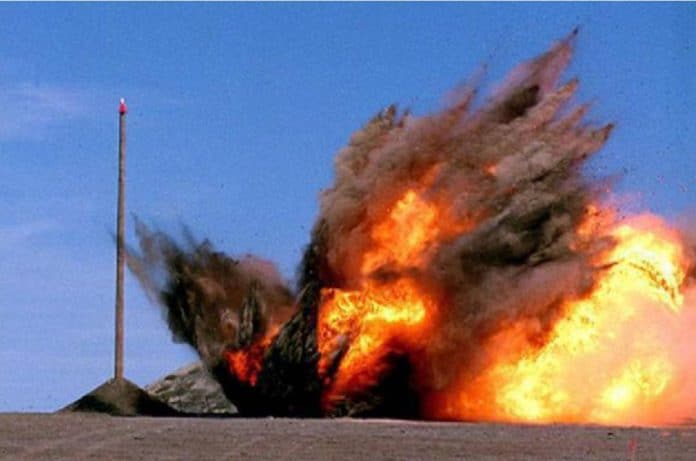 For Syria, the war is not over yet. While Daraa and Quneitra return under the army of Bashar al Assad, the strategists in Damascus prepare the offensive towards the last and fundamental enemy stronghold: Idlib. And it is here that they prepare what the Lebanese site Al Masdar has defined, not wrongly, “the mother of all battles”:

According to the Lebanese site, the Syrian army’s elite troops, the Tiger Forces, have already set their sights on the Idlib governorate. Once finished with the Yarmouk basin, where the Islamic State continues to engage the army and its allied militia, the forces of Damascus will concentrate on the north-west of the country.

The objective, according to sources, is first of all the reconquest of the Plains of Al-Ghaab and of the entire district of Jisr Al-Shughour. While special forces will focus on this area, the Syrian Republican Guard and the Fourth Armored Division will head towards Jabal Turkmen and Jabal Al-Akrad, near Latakia.

In this way, it will be possible to guarantee the security of the border between Syria and Turkey and stop any possible advance of the troops of Ankara or related to it, as happened in the north in the Kurdish cantons. They will be the pillars of the reconquest of the north-west of Syria.

Together with the army and the militias, the Kurds could also join. As we wrote in these hours, the Rojava fighters could join the Syrian army in the siege of Idlib as part of the post-conflict agreement. Assad needs men, while the Kurds need guarantees that only the war can give. And the enemies, jihadism and Turkish influence, are the same.

The Russian armed forces have been preparing the offensive on the province of Idlib for several weeks. As we had written on this paper, the Moscow delegates sent to Daraa to convince the rebels to sign the surrender told the militiamen not to go to the north like the other armed groups. The Russians advised the rebels to surrender their arms and immediately recognize the government of Damascus, because after the south, the goal would have been precisely the city of the northwest.

The Russian aviation has been engaged for many months in raids against the city controlled by the jihadists. But it never started to hammer the province deeply. They are usually attacks that occur in response to blows inflicted by groups in the area.

For example, in recent months, local militia operations have increased with drones against the base of the Russian Air Force in Khmeimim. In February, however, the Russian aviation unleashed a rain of fire on Idlib in response to the downing of the Su-25 pilot Roman Filipov. Everyone will remember the gesture of the Russian military, who blew himself up so as not to fall into the hands of his enemies.

Now, with the coming end of the South offensive, Vladimir Putin’s forces can concentrate on the area closest to their bases. Between Latakia, Khmeimim and Tartus, Russian Air Force and Navy prepare the liberation of the whole region close to the main Russian command centers in Syria. No coincidence that in the last few days ships from the Bosphorus have been sighted loaded with weapons and vehicles for the Syrian army. A journey that has lasted for years and which intensifies every time a new campaign is imminent.

The province of Idlib has always been one of the keys to the Turkish strategy in the war in Syria. Recep Tayyip Erdogan has recently called the Russian president to discuss the city in the Syrian northwest:

Located a few kilometers from the Turkish border, Idlib has always been monitored by Ankara.

When the so-called Astana block decided the way of the de-escalation zones, Turkey was given the responsibility of the Syrian northwestern province both for obvious geographical reasons and above all because it was able to control the rebel galaxy that had taken control of the city and of the region: in particular, the Free Syrian Army.

In this group, which had its own cradle in the province of Idlib, the initials of Islamic fundamentalism were immediately merged under the supervision of Erdogan. The latter, in turn, will then be defeated by the local branches of Isis and Al Qaeda, in a fratricidal war of terrorism.

With the de-escalation zone, the Turkish army has set up observation posts throughout the North-Western Syria region. Outposts that have often represented strategic and political obstacles for the Syrian army. Assad knew that in that area he could not go any further.

But now, the situation has changed. Idlib is no longer one of the many fronts of the Damascus war: now it is the war front. Erdogan is in a very uncomfortable position. He continues to defend the jihadists of the area, but at the same time he knows that it will not last long. He knows that he may lose his eagerness to control the area, but he can not in turn stand against Putin, a precious political partner for the Middle East.

The risk that the Astana agreements end up with Idlib is very high. But it was something that all the parties involved could expect. The agreement between Syria and Turkey to send all the rebels to the north by busses has always seemed to want to postpone the problem once the reconquest of Syria from Damascus to the border with Israel and Jordan has ended. A problem that would have been solved in the only possible way: the final battle.

In the province, all the rebels who have not surrendered to Damascus are continuing to converge. But there are not only them. Idlib, in recent years, has been transformed into the last stronghold of Islamic terrorism. All the acronyms have been converging for months with the idea that there will be the final battle with the Syrian army and the Russian Air Force.

It seems to witness the final catharsis. In that land there are all, from the Chechens defeated by Putin in the Caucasian war to the Uyghurs who came from China to support the Caliphate. Together with them, all the fighters of the Islamic State fled from all parts of Syria, others from Iraq: foreign fighters and rebels united to fight Assad. There is Al Qaeda, in its Syrian declination. And there are, as mentioned, all the rebels who did not surrender to the Syrian army, from those of the eastern Ghouta to those of Daraa and Quneitra.

There is something profound and highly symbolic in defining the battle of Idlib as “mother”. It seems difficult only to combine the beauty of a word that links life to a siege that will lead to the death of hundreds of men on both sides. But Idlib will also be a mother: the mother of a new future. From this siege, the fate of Syria will be decided. And it seems that only from this battle can there be a new beginning.