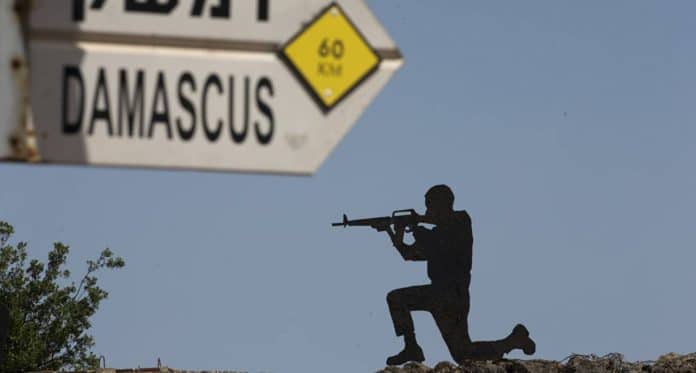 Israel previously evacuated several hundred White Helmets and their family members from southern Syria to Jordan at the request of several Western countries. The Syrian government, which believes that the NGO’s members have been cooperating with terrorists and plotted several false flag attacks, stated that the transfer was a “criminal operation.”

Syrian envoy to the UN Bashar Jaafari has said during Astana-format reconciliation talks that Israel helped to transfer militants, who had previously been evacuated from the Golan Heights to other countries, including the US. He also urged Washington to withdraw US forces from Syrian territory.

Previously, Syrian envoy to the UN Bashar Jaafari congratulated the Syrian people on the liberation of the southern province of Daraa from terrorists following a successful offensive.

The Syrian Arab Army launched an offensive operation in Daraa after its capital and several other cities were shelled by local militants despite an ongoing ceasefire reached with the help of the Russian Reconciliation Center for Syria. Damascus regained control over its borders with Jordania and the disputed territories of Golan Heights, occupied by Israel.

According to Jafari, the Syrian government the United States and its allies should immediately leave the Syrian territories where their presence is illegal.

“We require that the US and all its allies immediately leave the whole Syrian territory, because their presence is illegal,” the Syrian official stressed.

Washington and its allies have been engaged in a military operation against terrorist groups in Syria since 2014. The US-led coalition is operating in the country without an authorization from the Syrian government or a resolution of the UN Security Council.

Addressing the tension between Turkey and Syria, the envoy stated that Damascus to kick out Turkish forces from the Syrian territory.

Jaafari also noted that Ankara was failing to meet its obligations regarding the de-escalation zone in the northern regions of Syria.

“Turkey does not meet its obligations on de-escalation in Idlib province… Turkish authorities sent there its heavily-armed forces. And we all witness military actions of Turkey in this region, up to Afrin, which they occupied. And they occupied other settlements,” Jaafari stated.

He stressed that Turkey is the only country of the guarantor states that has violated its obligations under the Astana agreements, adding that it has the introduced Turkish lira in regions that are not controlled by Damascus.