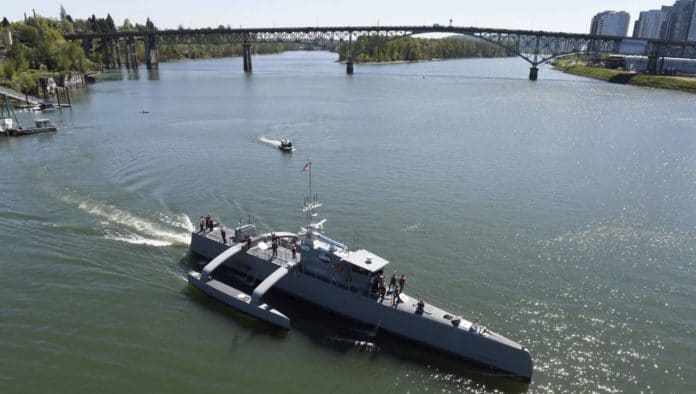 US and British navies could counter Russia’s nuclear-powered autonomous torpedo, Poseidon, by using undersea sensors and anti-submarine aircraft, writes Covert Shores website. But is this really a viable tactic? 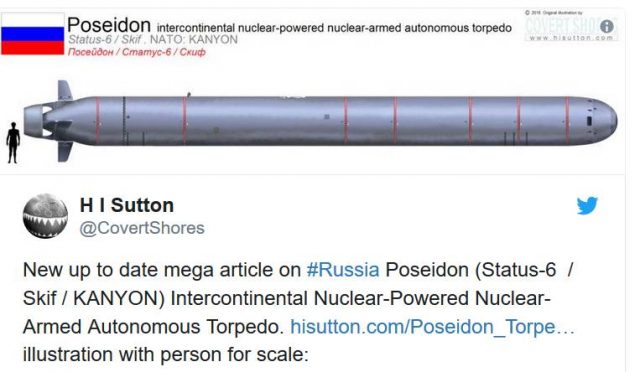 On March 1, 2018, Russian President Vladimir Putin officially confirmed the weapon’s existence in his annual address to the Federal Assembly.

“We have developed unmanned submersible vehicles that can move at great depths – I would say extreme depths – intercontinentally, at a speed multiple times higher than the speed of submarines, cutting-edge torpedoes and all kinds of surface vessels,” said Putin.

It is reported that the main goal of the torpedo is to deliver a thermonuclear warhead to enemy shores in order to destroy important coastal infrastructure and industrial objects, as well as ensure massive damage to the enemy’s territory by subjecting vast areas to radioactive tsunamis and other devastating consequences of a nuclear explosion.

Another potential use for the Poseidon torpedo is to strike US aircraft carrier battle groups.

On December 8, 2016, US intelligence reported that, on November 27, Russia had conducted a test of a nuclear-powered UUV, launched from a B-90 Sarov-class submarine. In February, the Pentagon officially added Status-6 to Russia’s nuclear triad by mentioning it in the US Nuclear Posture Review.

At present, the technical specifications of Poseidon torpedoes are classified information. So far, it is known that the UUV is over 19 meters in length and almost two meters in width. Earlier, it was assumed that Poseidon would be equipped with a 100-megaton thermonuclear warhead that could obliterate entire coastal cities and cause destruction further inland, triggering tsunamis laden with radioactive fallout.

However, according to the latest information, the power of the Poseidon’s warhead is just two megatons. But this does not change much. This amount of nuclear material is still enough to destroy large coastal cities, naval bases and cause a tsunami.

In addition, a warhead of this class could easily wipe out any carrier strike group of the US Navy.

According to some reports, Poseidon can develop speeds up to 70 knots, which is faster than any US nuclear submarine or anti-ship torpedo. The operational depth of the Poseidon is more than a thousand meters, which also significantly exceeds the capabilities of US submarines.

According to Covert Shores, the new Russian UUV can be located with the help of Anti-Submarine Warfare Continuous Trail Unmanned Vessel (ACTUV).

ACTUV drone is a DARPA-financed US project to develop an unmanned ship designed to detect and track enemy submarines with the help of sonars. It is assumed that the vessel will not be equipped with weapons of any kind and will be used solely for reconnaissance purposes – however, this may change in the future.

Sea floor sensor networks, including sonar buoys could also be deployed by maritime patrol aircraft, such as Boeing’s P-8 Poseidon, to locate the Russian UUV, according to Covert Shores.

SOSUS is the US sound surveillance system for detecting and identifying submarines. It should be noted, however, that this system will be deployed only on the frontiers – for example, in the GIUK (Greenland, Iceland, and the UK) gap, along the North Cape – Medvezhy Island line, in the Denmark Strait, and in a couple of other places. So it would be a mistake to believe that the SOSUS system is deployed in all parts of the global ocean. In the Pacific, for instance, it is hardly used at all. 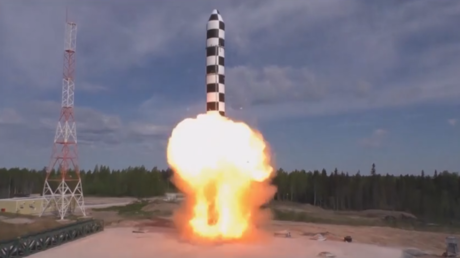 Syroezhko believes that, when it comes to tracking underwater objects, the key thing is to select the right location for the tracking system. But it’s very difficult to determine where Poseidon might appear, given its almost unlimited range and high speed.

Also, according to Syroezhko, tracking Poseidon is only half the battle. To destroy the UUV, you need to have a permanent and combat-ready counter system, which means having forces and equipment on constant alert and ready for deployment. But the US doesn’t have such a system yet. To deploy such a system would require substantial financial resources — even for the US.

As for the capabilities of our hypothetical enemies to destroy the Poseidon, they are extremely limited.

“Today the MU90 Impact is the only NATO torpedo capable of reaching the depth of 1,000 meters,” Konstantin Makienko, deputy director of the Center for Analysis of Strategies and Technologies, told Gazeta.ru.

The expert emphasizes that a single torpedo of this class costs over $2 million. Also, according to other military experts, even in a high-speed mode (92 km/h), which decreases its range significantly, this torpedo is still slower than the Poseidon.

Makienko says that the Mark 54, which is the fastest US Navy torpedo, operates at 74 km/h. He believes that it is not capable of catching up with Poseidon or reaching its operational depth.

“Until we see a live experiment, any claims about the potential detection or destruction of the Poseidon are completely groundless. Thus far, all we hear is just words,” says the former Chief of Staff of the Russian Navy Viktor Kravchenko.

Currently no hypothetical adversary has a weapon capable of overtaking the Poseidon UUV at its operational depth or reaching its speeds, says Syroezhko.