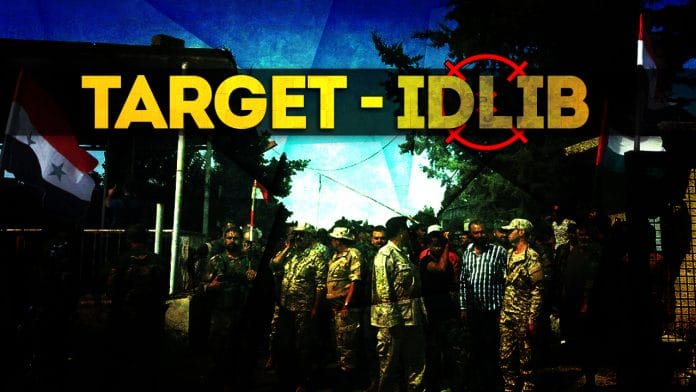 On July 31, the Syrian Arab Army (SAA) and its allies established full control of southwestern Syria after government troops eliminated ISIS in the villages of Beit Irah, Qusayr and Kowaya thus liberating the entire Yarmouk Valley.

According to pro-government sources, about 100 ISIS members surrendered to government troops in the final stage of the operation. Some sources say that about 25 of them were executed by locals and ex-members of the Free Syrian Army (FSA) that were participating in the SAA operation. However, these reports still have to be confirmed.

The total death toll of ISIS during the battle for the Yarmouk Valley remains unclear, but according to some local sources, over 1,000 terrorists were killed.

Now, the SAA will have to focus on employing additional security measures in the liberated area in order to prevent terrorist attacks from ISIS cells hiding among civilians.

According to some pro-government sources, some SAA units, which were involved in the southwestern Syria operation, started redeploying from the Yarmouk Valley to eastern al-Suwayda where they will participate in an effort to purge ISIS cells responsible for the recent terrorist attacks there.

Early on August 1, reports appeared that clashes erupted between the SAA and members of Hayat Tahrir al-Sham (formerly Jabhat al-Nura, the Syrian branch of al-Qaeda) and other militant groups in northern Latakia. The clashes were reportedly accompanied by intense artillery strikes from the Syrian military.

Some pro-government media outlets claimed that this was the start of the long-expected SAA advance in the area, but this is unlikely. The Syrian military command still has to re-deploy its elite units from southwestern Syria to the area if it wants to take any kind of large-scale military actions.

However, at least a limited military operation by the SAA in northern Latakia and southern Idlib has become very likely to take place soon.

During a new round of the Astana-format talks on Syria, which were held in the Russian city of Sochi on July 30-31, Syrian envoy to the UN Bashar Jaafari slammed Turkish actions in the province of Idlib and said that Damascus will kick out Turkish forces from the Syrian territory. The Syrian diplomat emphasized that Turkey is the only country of the guarantor states of the de-escalation agreement [two others: Russia and Iran] that has violated its obligations meaning that Ankara has contributed no efforts to combat Hayat Tahrir al-Sham in the province.

Earlier, Syrian President Bashar Assad officially announced that the province of Idlib will be among the main targets in the upcoming operations of government troops.