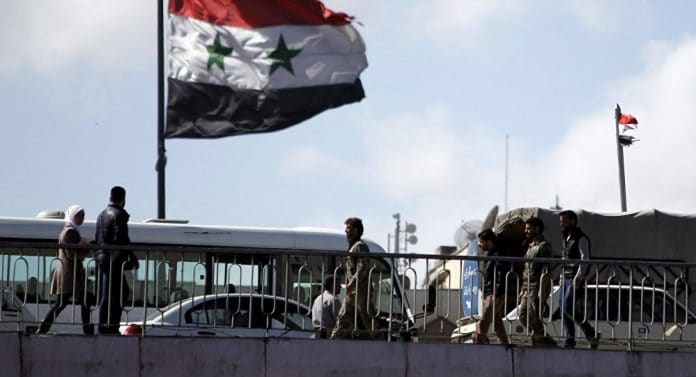 Reports are emerging from the Syrian capital of Damascus that the army’s air defense systems are engaging hostile targets in the southwest of the city.

Syrian military sources say that they shot down two Israeli reconnaissance drones to the west of Damascus.

According to Syrian activist Wael al-Russi, three missiles and one Unmanned Aerial Vehicle, or drone, were downed by Syria’s air defenses. Two of the missiles were apparently thwarted in the south of the city and another in the northwest. The drone was shot down in west of the city, according to the activist. Syrian Journalist Kevork Almassian says his military sources are confirming an “enemy target” was intercepted to the west.

Journalist Ilanit Chernick with the Israeli Jerusalem Post said that it appears as though Israel is targetting allegedly Iranian bases near Damascus.

Syrian state media outlet SANA has confirmed the downing of an “enemy” target in Western Damascus. They outlet has apparently posted footage of the country’s air defense systems at work.