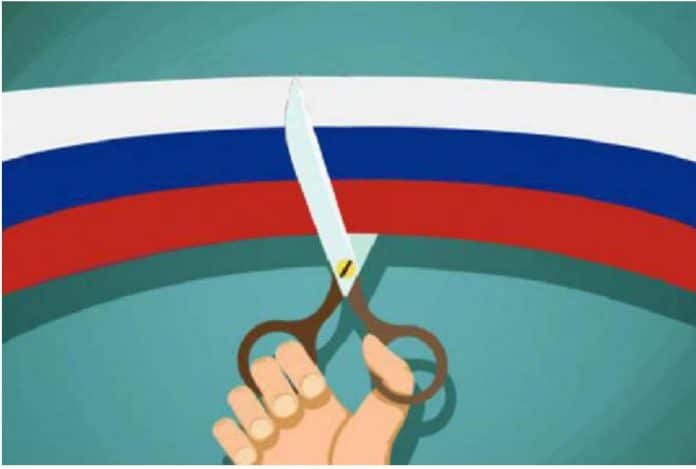 After the pro-Western coup in Armenia, it became clear that similar scenarios are in store for Kazakhstan and Belarus. Russia hopes that close economic integration with these countries will keep new regimes from moving along the path of Ukraine. Yet, one should not be surprised if Kazakhstan soon becomes a NATO member.

Kazakhstan and Belarus may sooner or later develop an anti-Russian course in their policies. President of Kazakhstan Nursultan Nazarbayev and President of Belarus Alexander Lukashenko have already made a number of statements indicating their movement away from Russia. They have not recognised Russia as an “aggressor state” in public. Yet, they started taking certain efforts to protect their countries from the Crimean scenario. In economic terms, Kazakhstan and Belarus reorient their policies towards China, wheres in political terms, they want to become closer to the West.

Soros funds that remain active both in Belarus and Kazakhstan work to discredit the sitting governments and support nationalists. Those people, educated in the West, already take official positions in Kazakhstan, and are on the way to power in Belarus. Most likely, Western special services will arrange a military coup in Belarus – hundreds of militants are being trained in Ukraine for the purpose. In Kazakhstan, the regime will most likely be changed quietly, following the example of Armenia. The rehearsals have already taken place: in 2006 in Belarus and in 2016 in Kazakhstan, when people in all major cities of the country took to the streets to protest against the sale of land to the Chinese.

We must realise that neither Belarus nor Kazakhstan can be regarded as Russia’s staunch allies anymore. Russia provides them with decent GDP rates with the help of various preferences within the Customs Union. Not that long ago, for example, the Kommersant newspaper wrote that the Russian government refused to grant preferences to Kazakhstan to transship coal via Russian ports. How many other anti-Russian agreements does the government have at its disposal?

As for Belarus, Russia still keeps the country under the wing of the Unified State, which de facto does not exist. Russia gives Belarus a huge sales market, cheap oil, gas and low interest loans, as well as weapons, such as, for example, anti-aircraft missile systems S-300 that Belarus gets for free. In return, Minsk offers 30 days of visa-free regime for citizens of 80 countries in the absence of border control on the Russian-Belarusian border! On August 1, Belarus closed its border for residents of the countries outside the Union State. In Smolensk and Bryansk regions, the patrolling of the border has been strengthened, even though borderization has not been conducted.

The above-mentioned examples show that Russia has probably taken a more pragmatic approach to her partners.

On July 31, Belarusian President Alexander Lukashenko sent another message to Moscow. He said that Belarus would seek to diversify food exports. In particular, Lukashenko spoke about his plans to enter the Chinese market “not to depend on the Russian market alone,” he said.

Kazakhstan cooperates with China for a long time already. Representatives for the administration of Kazakhstan urge the population of the republic to learn Chinese and say that China is their main investor. The authors of the recent appeal to the government of Kazakhstan estimated that China has become the owner of most important strategic deposits and facilities in Kazakhstan during the recent years, whereas Kazakhstan’s quasi-public debt to China has increased in just five years to a level of over $20 billion.

It appears that Kazakhstan is enjoying its win-win situation by selling their assets to China and compensating for the losses with Russia’s help.

As for the ideology of the two countries, their history books say that Russia is an invader. In Minsk, during the days of Ukrainian culture and Ukrainian cinematography, they showed a film called “Cyborgs.” Belarusian officials and diplomats attended the premiere and gave a standing ovation to the makers of the Russophobic film at the end. For example, there is a phrase there that says: “Everyone who was born in the Soviet Union is now a loser and a traitor.”

In Kazakhstan, they seriously discuss the country’s accession to NATO and already conduct joint programs and exercises with the bloc. Astana provided its ports in the Caspian Sea for the transshipment of NATO cargo to Afghanistan.

As for Belarus, it is not ruled out that the country will exit the Union State agreement with Russia. This would entail the demarcation of the border and pullout from the joint defence system.

Russia needs to pay first priority attention to its own economy, rather than to investments from China. As experience shows, success depends on the government. Suffice it to recall the experience of 1999, when Primakov and Maslyakov printed money after the default in 1999 and gave that money to company directors. The move triggered an economic rise by 16 percent within nine months. Russia needs something like that now, but Medvedev’s team is unable to do it. Finally, pragmatism in relations with partners should determine any decision that a state administration takes.