Mark Dankof is the former 36th District Chairman of the Republican Party in King County/Seattle. He was an elected delegate to Texas State Republican Conventions in 1994 and 1996 and entered the United States Senate race in Delaware in 2000 as the nominated candidate of the Constitution Party against Democratic candidate Thomas Carper and Republican incumbent William Roth

Jonas E. Alexis: The American people have just told the Trump administration and indeed the Israeli regime that they are not supporting any war with Iran. “Just 23 percent of the public say they’d support the U.S. deciding to declare war on Iran, while the majority, 53 percent, oppose the idea. Just 9 percent would strongly support declaring war, while 37 percent are strongly opposed.”[1]

Obviously this is pregnant with meaning. It shows that the war machine and the Zionist Gangsters have not been able to convince the vast majority of Americans that perpetual wars are good for America and much of the West. People have certainly seen what happened in Iraq and elsewhere, and they seem to be saying that the war machine has been fabricating things all along.

Mark Dankof’s new assessment on the Trump administration is worth reading. He has nicely and politely deconstructed the Powers That Be in a recent interview with Tasmin News. It is worth reading.

Tasmin News: US President Donald Trump has said that talks with Iran are imminent and could happen “pretty soon,” a day after he expressed willingness to meet with the Islamic Republic’s leaders without “preconditions”. Do you believe that Trump is genuine?

Mark Dankof: I find it hard to believe that Mr. Trump’s offer to meet with the leaders of the Islamic Republic of Iran “without preconditions” is sincere. My reason for this statement is twofold.

First, Trump’s illegitimate and irresponsible withdrawal of the United States from the multilateral JCPOA/P5+1 nuclear treaty with Iran has no honest basis for having occurred. It has been pointed out by America’s most responsible conservative commentators who are not under the spell of Zionists and Neo-Conservatives, people like Pat Buchanan, David Stockman, Philip Giraldi, and Paul Craig Roberts, that the deal a good one for all concerned. It is verifiable, enforceable, and facilitates stability both in the region and globally.

The only reason Mr. Trump has taken the action he has is because his administration has been obviously hijacked by radical Zionist assets like John Bolton and Nikki Haley among others. Their goal is “regime change” where Iran is concerned because this is what Netanyahu, the Israeli Lobby, an Israeli-controlled American Congress and media, Israeli NGOs and think tanks in the United States, and Zionist lackeys in the American National Security Establishment want. That is the bottom line.

If Trump had any integrity at all on this issue as one who campaigned on an “America First” platform in 2016, he would fire these Israeli agents in his Administration, have Buchanan and Giraldi explain the deal to the American public in great detail, and insist that Israel’s weaponized nuclear program be brought under the auspices of the Non Proliferation Treaty (NPT) even as the American Israel Public Affairs Committee (AIPAC) be brought under the scrutiny of the Foreign Agents Registration Act (FARA) in the United States. 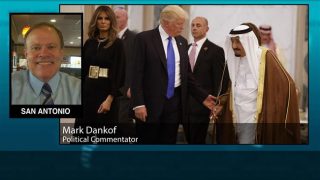 Tasmin News: Washington on May 8 unilaterally withdrew from the Iran nuclear deal. Other parties have stressed that they would continue to remain committed to the agreement. What is behind this abrupt shift in tone? The abrupt shift in tone on the part of the other honest signatories to the JCPOA/P5+1 treaty who want to remain faithful to the deal has several components to it in my opinion.

First, the other signatories recognize that the deal is stabilizing, fair, verifiable, and honors Iran’s legitimate rights to the peaceful utilization of nuclear research and development as a signatory to the NPT, which Israeli is not. These parties also recognize the outlandish control of American foreign policy by Israel, and the false recent claims of Netanyahu about Iran’s capabilities and intentions which are based on the same brand of provably false and fraudulent intelligence information and analysis which was deliberately employed by these very Zionist elements to facilitate the American invasion of Iraq in 2003 based on the ridiculous claim that Saddam Hussein had “weapons of mass destruction” and al-Qaeda sympathies.

The recent letter to Mr. Trump by the Veteran Intelligence Professionals for Sanity (VIPS) on Iran and JCPOA/P5+1 points all of this out to the President. The signatories to this letter are a most impressive listing of intelligence professionals, including Philip Giraldi and Ray McGovern, whose voices and analysis are deliberately being concealed from the American public by a Zionist-controlled Mainstream Media ranging from Fox News and CNN to the Washington Post and the New York Times. The fix is in.

What is interesting is that the latest polls show that over half of the American public does not war with Iran, despite the literal and systematic brainwashing for that very thing on the part of the Zionist American Establishment.

In this regard, the Europeans have figured out that this saber-rattling and warmongering are not in their interest either. No sane person can possibly want a Third World War, or war with Iran and Russia specifically, powers that can clearly fight and are much stronger military entities than the forces presently holding their own with incompetent American occupations and strategies in place since September 11th, 2001.

In the United States, a demonic alliance of the Neo-Conservative Right and the Neo-Liberal Democratic Left for war with Iran threatens world peace and millions of lives. David Stockman’s piece entitled, “The New Handmaids of the Warfare State: Democrats and the Liberal Media” explains all of this. I hope your readers will avail themselves of this essay for their own understanding of this situation.

Tasmin News: Do you believe that European members of the deal would favor new round of talks between Iran and the US?I am not sure what the attitude of the Europeans might be to renewed talks between Iran and the United States. On the one hand, talks that would restore the deal and bring the President of the United States to his departed common senses on this treaty would be most welcome.

On the other hand, there can be little basis for renewed talks when President Trump destroys a legitimate multilateral treaty deal and institutes literally wartime economic sanctions on Iran which has upheld its end of the bargain in exchange for peace and renewed free trade and political discourse. How does one talk to a dishonorable party which has gone back on its solemn word on this deal and has Netanyahu and Israel calling all of the American shots in this process?

The Iranian leadership understands this. I can’t blame them for their recent public statements on Press TV and on Tasnim News Agency reports which state the obvious clearly. Certainly, the rest of the world understands this, and understands that the delegitimization of the treaty by Trump and the Zionist Occupied American Congress and Media threatens the credibility of the United States in negotiations and promises made with any world powers, including Putin’s Russia. The fallout from this mess has produced what may indeed be irreparable damage.

Tasmin News: Donald Trump issued a threat of all-out war against Iran recently. Later, he softened his tone. Do you believe this has anything to do with US midterm elections looming on the horizon?

Mark Dankof: Trump’s softening of rhetoric on war with Iran recently may indeed reflect the upcoming challenge to the Republican Party in off-year elections and the polls showing that the American public does not want war with Iran by a solid majority. But there is danger in all of this.

Franklin Delano Roosevelt told the American public in the 1940 Presidential election that he would never send their kids into a European war the people of the United States clearly did not want, even as we now know that Roosevelt was planning to deliberately provoke war with Japan from October 1940 onward as the McCollum Memorandum of the Office of Naval Intelligence (ONI) to Roosevelt proves.

The bottom line is this: When the Zionist power elite of the American Establishment wants war, it will get war. It will do so through the execution of a false flag incident designed to prove the complicity and malice of the intended target in the false flag incident at hand. The media will put out the spin on the incident that this element wants to put firmly into the minds of an unsuspecting American mass public.

This will create the climate for war with Iran presently disfavored by the public in the United States. Then Netanyahu and his agents in American institutions will get what they want. I explained how this works to the American Free Press national gathering in Austin, Texas almost 5 years ago in a lecture entitled “FDR and Pearl Harbor: The Primer for the Zionist Assault on the American Republic and the Nation of Iran.” I hope your readers will avail themselves of this essay, both in English and in Farsi.

I have returned to some broadcasting on all of this in American Alternative Media as the hour is late. My recent op-ed entitled, “A ‘Communist’s’ Thoughts on the 4th of July,'” underscores how such a false flag incident will play on the minds of the unsuspecting public in my country. We must work together to expose the Zionist State and the war machine. I send regards to all the fine people of Iran.