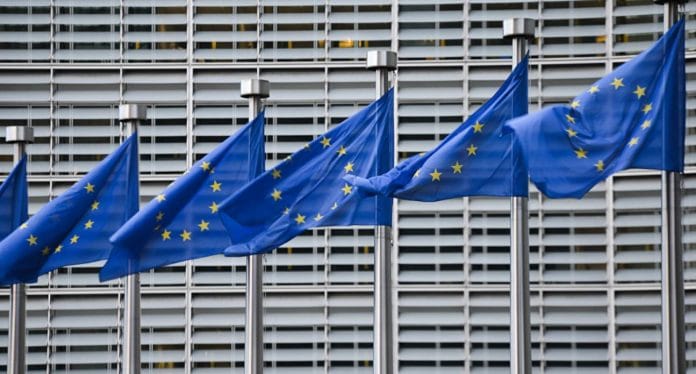 EU foreign policy Chief Federica Mogherini noted earlier this month that the bloc intended to step up trade and cooperation with Tehran, despite US sanctions.

Federica Mogherini and foreign ministers from the UK, France, and Germany said in a statement that their counties would keep “effective financial channels” open with Iran, adding that they “deeply regret” that Washington had withdrawn from the Iranian Nuclear Deal and re-imposed sanctions on Tehran.

“This is why the European Union’s updated Blocking Statute will enter into force on 7 August to protect EU companies doing legitimate business with Iran from the impact of US extra-territorial sanctions,” the statement reads.

The statute will forbid European businesses from complying with the US sanctions, nullifying any foreign court rulings against them and allowing them to recover damages from the penalties.

READ MORE: Iran to Ease Currency Exchange Regulations Ahead of US Sanctions

“The remaining parties to the JCPOA have committed to work on, inter alia, the preservation and maintenance of effective financial channels with Iran, and the continuation of Iran’s export of oil and gas,” the statement added.

According to the US Treasury, starting from August 6, the sanctions will be reinstated on the purchase of Iran’s sovereign debt and Iranian rials. The punitive measures will also apply to Iran’s trade in gold and precious metals, sale to and from Iran of aluminum, steel, coal and certain types of software. The restrictions will also extend to Iran’s automotive industry as well as on the purchase of US dollars by the Iranian government.Furthermore, the United States is revoking licenses issued for sales of passenger aircraft, despite flagship carrier IranAir having outstanding contracts with French-Italian ATR, American Boeing and Europe’s Airbus. IranAir’s collective order of 200 aircraft, of which only a few have been delivered, is now in jeopardy.

On May 8, US President Donald Trump announced that Washington was withdrawing from the 2015 Iran nuclear deal and would be reinstating sanctions on Tehran. The decision gave foreign companies grace periods of 90 to 180 days to stop trading with Iran.