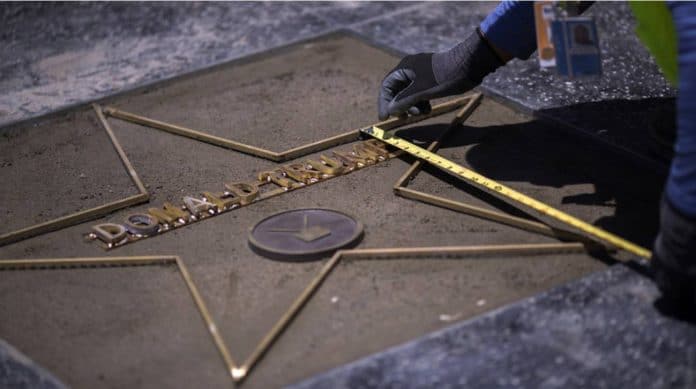 The city of West Hollywood has voted unanimously in favor of removing President Donald Trump’s star at the Walk of Fame, citing Russiagate allegations as well as his take on women, immigration and transgender soldiers. 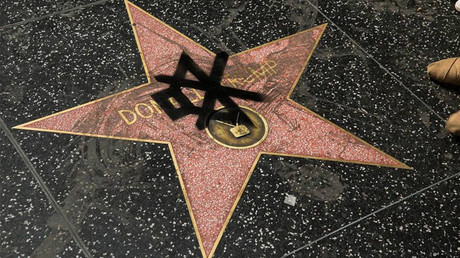 The five-member city council approved a proposal put forth by West Hollywood Mayor Pro Tempore John D’Amico and Councilwoman Lindsey Horvath, who called for the removal of the star, US media report. Both D’Amico and Horvath said the marker had to be removed “due to [Trump’s] disturbing treatment of women and other actions.”

Ahead of the vote on Monday, West Hollywood City Council said they were following the steps of the American film industry, which suspended “certain members of the entertainment community… due to their actions toward women.”

Providing other reasons for the removal, the council members noted Trump’s policies, including his refusal to accept US intelligence claims of Russian election interference, his decision to withdraw from the milestone Paris climate accord, a ban on transgender military officers, and the separation of immigrant families at the US border with Mexico.

Since he became president, the star was vandalized several times. On the latest occasion in July, 24-year-old Austin Mikel Clay annihilated the marker with a pickax before being apprehended by police.

Similar calls to remove Trump’s star were heard when he notoriously referred to Mexican immigrants as rapists and criminals during his presidential campaign.

However at the time, such proposals were met by opposition. Leron Gubler, CEO of Hollywood Chamber of Commerce rejected a call to take out a star of Bill Cosby who was accused by more than 45 women of sexual misconduct dating to the late 1960s.

“Once a star has been added to the Walk, it is considered a part of the historic fabric of the Hollywood Walk of Fame,” Gubler said before adding, “Because of this, we have never removed a star from the Walk.”