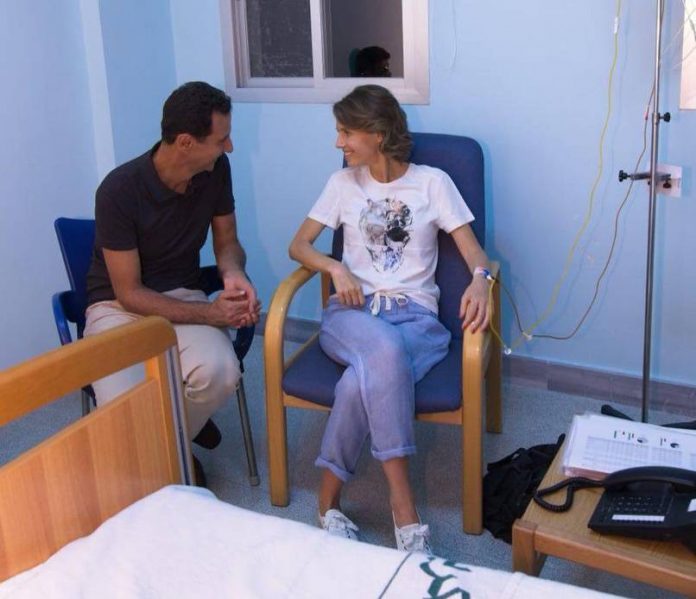 Editor’s note: The staff and readers of VT wish Asma Assad a speedy recovery.  You have been an inspiration to millions, particularly compared to the human vermin politicians in the West (and Israel) are married to.

The official account for the Presidency of the Syrian Arab Republic announced on August 8 that Bashar al-Assad’s wife Asma has been diagnosed with a malignant breast tumor.

The same picture of her with her husband Bashar al-Assad was shared on Asma’s Instagram account, with social media users wishing her a speedy recovery.

Asma, who is a mother-of-three, was born in London, UK in 1975 to Syrian parents, and graduated from King’s College in 1996 with a bachelor’s degree in computer science and French literature.

After her graduation, she started a career as an economics analyst at Deutsche Bank Group in the hedge fund management division. In 1998, Asma joined the investment banking division of J.P. Morgan, and was set to pursue an MBA at Harvard, but met her husband and moved to Syria.