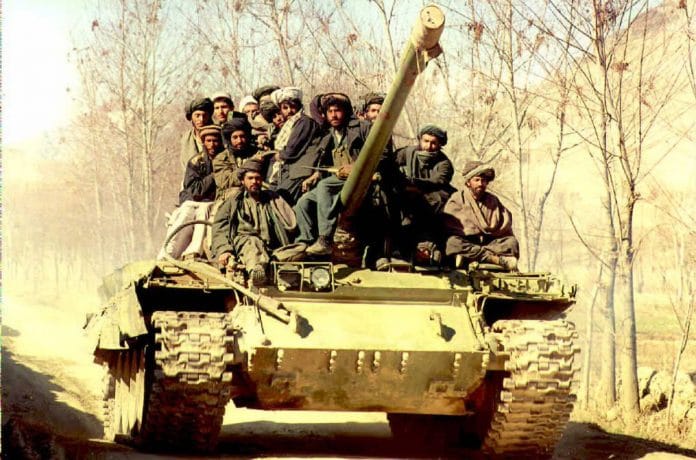 Afghan Writer and political Analyst based in Kabul

On third week of July, 2018, the joint delegation of U.S. State Department, Pentagon and CIA met the Taliban Political Commission office in Doha after 17 years of war. They had clear talks on the future for two consecutive days, and thus, the both sides hope for these talks to get continued.

Not only Afghans, but also other nations in the world, have had failed in political ground after attaining victory at war. Afghan nation backed the Taliban, the 17-year war became fought against America, and the new military strategy of President Trump became questioned in the U.S., Afghanistan and the world and it completely encountered failure. American government wished to have the new Trump strategy shown to the American nation as an achievement of it.

In December 2017, Alice Wells was talking to a former Taliban official in a meeting of Afghanistan’s international donors in Oslo where she got understood that the Taliban are not under the influence of any country, and that they do not intend to participate in and join the government.

American generals came to Kabul after each other and met a number of former still-steady Taliban here. American generals offered the ceasefire proposal, President Ghani declared an 8-day ceasefire; and then, the Taliban announced ceasefire in 3 days of Eid which was, to a large extent, in benefit of Taliban on national and international level.

American, Afghan and NATO officials wish to declare ceasefire in this upcoming Eid as well. Although, the Taliban are yet to have any remarks in this regards; however, they think about keeping the achievements of last Eid’s ceasefire.

Eventually, America accepted to have direct talks with the Taliban, and it is what the Afghan nation was waiting for. Senior American civilian and military officials arrived in Kabul and met a number of impartial Afghans, both inside Kabul and on the sidelines of international conferences, and were concluded that having direct talks with Taliban is the only solution for Afghan issue.

The problem is that some domestic and international media channels publish negative reports about the direct talks between Taliban and America, and thus, confuse the mind and so make remarks that definitely have negative impacts on the Afghan peace.

The most negative report on Afghan peace was published in Daily Best on August 2, which, quoting Robin Raphel and Chris Kolenda, said that Taliban will agree with the presence of foreign forces conditionally.

Mrs. Raphel, who has not got official position right now, was a U.S. ambassador to Islamabad once, and Collinda was an important person in Pentagon one time; both of them, using their fame, made remarks about peace which definitely would harm the Taliban-America direct talks. And, if America is proposing its unofficial strategy through such channels; then, America is doing the mistake which it has repeated it in last 17 years and is yet to have any result.

On the last meeting, Dr. Zaland and me with them; I asked them, as you had meetings with Afghan authorities and politicians, so what they have told you that could be useful to find a solution for the Afghan issue.

1-      Direct talks between America and Taliban

2-      Involvement on entire political parties in the talks

6-      Presence of foreign troops and concerns of political parties about their withdrawal as (the civil war of) 1990s not to be repeated.

Daily Best reported that Mrs. Raphel and Kolenda had met Taliban in Doha for three times; however, as far as I know, they neither met the original addresses of the Taliban nor the Taliban has such kind of talks on presence of foreign troops with them.

Since there is a development seen in the Afghan peace, so some circles might try to encounter the process with impediment and postponement; Afghan government still hopes to have secret meetings with Taliban through getting use of some channels; and wishes to have a type of peace with the Taliban which it had with Hizb-e Islami.

American media publish different reports about the U.S.-Taliban direct talks; however, the Taliban are silent; in the case, the Taliban were supposed to have remarks in this regard because they received what they wanted, direct talks with America, at first step and thus, Americans became ready to talk.

But inversely, American media report that the U.S. reached its goals and that Taliban, due to severity of war, are ready to provide the United Sates with at least one base.

Some U.S. officials in the Pentagon and Department of Secretary repeat the voice that Taliban should agree to at least one base of the United States troops in Afghanistan; and these are what were told by Rabin Raphel and Kolenda in the Daily Best.

One thing that I (the writer) is always saying is that the Taliban are honest and follow transparent policy and there is no place for misguided diplomacy, deception, fraud and etc., and it is something in interest of the Taliban. America seems to be unfortunate as it is faced an enemy that does not believe in misguided diplomacy and waste of time.

Taliban want clear word and clear decision; however, if the Taliban, as some other countries and groups, follow a misguided diplomacy and waste of time with America; undoubtedly, America will make the Afghan peace process as bad as the Palestine-Israel unending peace process.

The Taliban are not supposed to run for diplomacy away as there is a proverb in Pashto that “To hit the evil on face” and it means that you should not run away, you should face it.

Meanwhile, sound diplomacy has also got a background in Islam; and thus a working and practical diplomacy is needed in order to have the problems and conflicts solved through talks, communications and soft means.

Peace is harder than war and therefore someone should be cautious with his steps. The members of the Taliban Political Commission were supposed to target the expert Afghans, who have knowledge and experience in peace, in Afghanistan, America, Europe and other regions and to hear a lot of things for them; however, it was, then, their authority to call them as practical or not.

It seems that the Taliban still think that the people should come toward them and they do not need to be benefited from the wisdom and thoughts of educated and experienced Afghans. But, in the political ground, Taliban are supposed to be more active in politics, media and other areas in such a sensitive time and to strengthen it ties with Afghan politicians.

Silence, lack of movement and lack of activities are the concerns and criticism that the Taliban Politicians are shared with; not only the Taliban should maintain relations with good Afghans, but they are also required to make fast relations with their opposition. Direct talks with America do not solve the entire issue, what depends on America will be solved; however, is strongly needed to remove the concerns of the members of former Northern Alliance, Hizb-e Islami Party, new political parties and youth civil movements.

The concerns of Iran, Pakistan, Central Asian Countries, Russia and India are still remaining; now as the Taliban are having direct talks with America, they, simultaneously, should have persuasive responses to the concerns of these countries when it comes to the future of Afghanistan.

Which Kind of Governmental Formation

It is obvious that neither the Taliban nor the government or the Northern Alliance or other political parties could govern in Afghanistan alone; therefore, an Afghan-inclusive system where every Afghan could see himself in should be established.

For that reason, Taliban and leaders of political parties are supposed to make ties with each other and share the thoughts/ideas on the future of Afghanistan with each other.

The Afghan government is totally against the interim government and opposes it and thus, it will try to convince the United States not to go so far in talks with the Taliban as for it to initiate it and let the remaining issues/process to be taken forward under the leadership of the Afghan government; however, such thing means elongation of war and it the elections are held, and a new government is elected for 5 years, it would mean that we will be living in war for another five years and will not reach peace in this period.

Now, as Afghan political parties, the International Community and even America have concluded that the only solution way is the interim government, the Afghan senior officials are, therefore, required to have patience, tolerance and flexibility.

If America and Afghan government are making efforts to put an end to the Afghan war and bring the Taliban to peace, to have them as a part of the government and to take part in elections as a political organization, as well as they did it with Hizb-e Islam, it might be meaning that they are still not committed to peace, because there are several agreement signed with America, NATO, India, UK, Pakistan and other countries by the present Afghan government, so America and international community tries to have these agreements remained its initial form, and for its legitimacy not to be brought under question.

If America-Taliban and Afghan political groups are agreeing on an interim government, it is meaning that the entire signed agreement will be declared as “canceled” and the entire Afghans will be working for a elected government in the future in order to have an Afghan-inclusive system.

It is hoped that the United States will understand the enthusiasm, honestly and transparent policy of the Taliban in peace talks and for it to prefer a translucent policy as well, and not to for any side to have programs to elongate war through fraudulent diplomacy and under the banner of peace. Also, Taliban should break their silence and share their peace policy with Afghan nation and get benefited from the wisdom and experiences of Afghans.

Taliban are supposed to be dynamic and illustrate initiative, but it also should learn about the complex diplomacy of today’s world, think of the complexity of talks, convey their message to the nation and the world in a proper way, to understand the message of the other side and the world, well and to act on time.