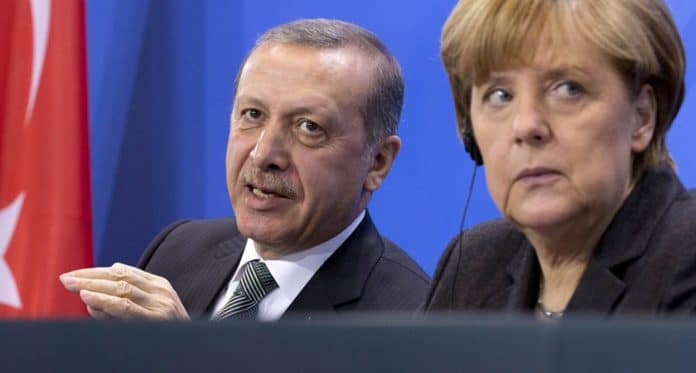 Turkey is seeking to host a new Syria summit without the US, which indicates the beginning of the end of Washington’s influence in Syria, Turkish analysts told Sputnik, further suggesting that France and Germany are also interested in expanding ties with Russia and Turkey.

The upcoming Istanbul summit on the Syrian crisis will leave Washington out in the cold, Turkish analysts told Sputnik Turkey.

According to Can Unver, a Turkish security analyst, the summit that will take place on September 7 will become “one of the most important diplomatic and political steps of the last period of time, carried out without the participation of the United States.”

In late July, Turkish President Recep Tayyip Erdogan announced that Turkey was going to hold a summit with France, Germany and Russia on Syria and regional affairs. Ankara’s decision to snub the US, Turkey’s longstanding NATO ally and the leading force of the military coalition operating on the ground in Syria, came as no surprise: Ankara is not concealing its frustration with Washington’s policies.

“This summit reflects Europe’s aspiration to build a sovereign political line independent from the influence and pressure from Washington, including in relations with Russia and Turkey,” Unver opined. “The arrangement of such a summit in Istanbul without US participation while the Syrian settlement is moving to its final phase indicates the beginning of a gradual ousting of the US from the Syrian process.”

According to Unver, Turkey and Russia play an important role in Syria, while France is seeking to strengthen its positions on the ground. As for Germany, it is less concerned about the Syrian issue, but given its leading position in the EU, Berlin’s participation in the forthcoming summit takes on a new significance, the security analyst emphasized.”I consider the upcoming meeting a very important event,” he reiterated. “We see that Turkey has become an influential player not only in the region, but also beyond. I want to note once again that the importance of the summit is not so much in discussing the issues of the Syrian settlement with France and Germany, as in the desire of the European countries to establish cooperation with Moscow and Ankara apart from [Donald] Trump’s influence.”

© AP Photo / Hussein Malla
A Syrian shepherd herds his flock, as he passes in front of a newly installed U.S. position near the tense front line between the U.S-backed Syrian Manbij Military Council and the Turkish-backed fighters, in Manbij, north Syria, Wednesday, April 4, 2018

For his part, Sezgin Mercan, political observer and researcher at the department of political science and international relations at Baskent University, suggested that the refugee issue and the future of the Syrian state could be high on the summit’s agenda.

“Russia’s participation in this meeting indicates that the agenda of discussion can go beyond the issues of regional policy,” he continued. “Turkey and Russia are countries directly involved in the Syrian peace process. The same could be said about the US; however, as it turns out, [Washington] will not take part in the Istanbul summit.”

According to Mercan, Washington’s controversial economic and trade policies, its standoff with Iran and the discord among NATO allies have weakened the Trump administration’s positions on the global arena.He further opined that Russia may fill the gap left by the US due to Trump’s inconsistent foreign policy and expand channels of cooperation with France and Germany.

“These countries and Turkey, in its turn, are obviously also inclined to diversify cooperation with Russia,” the Turkish academic presumed.

Recently, the already strained relations between Washington and Ankara have further plummeted over Turkey’s determination to acquire the Russian-made S-400 missile defense systems and the detention of American pastor Andrew Brunson in Turkey. The US imposed sanctions on two Turkish officials; Erdogan announced a tit-for-tat measure. Additionally, the John S. McCain National Defense Authorization Act for Fiscal Year 2019 (NDAA) envisions the potential suspension of Turkey’s participation in the F-35 program and prohibits the transfer of F-35 stealth fighter jets to Ankara, until a report is issued on Turkey’s behavior.