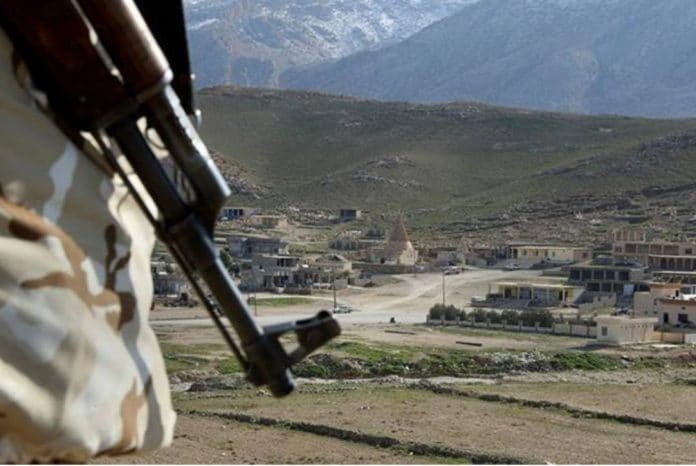 By Constantino Ceoldo for Pravda.Ru

I met Ouday Ramadan navigating the ocean of Facebook, following coasts of blatant posts, skirting islands of real news and fake news, landing in ports of common places after having sailed seas of banality.

The result is a friendship of modern times, made of like, sorry, repost, short and salacious answers and, perhaps in the future, who knows, something deeper.

Thanks to him, I discovered a Syria that I ignored and did not suspect even existed: a Syria seen with the eyes of those who love it deeply, eyes full of gratitude and respect. Deeply “assadist”, as he defines himself, Ouday has spent a lot to defend his Syria with words from the beginning of the terrible war that has been bloodied it for almost seven years. Where others have changed flag again and again, following the advantage of the moment, he has remained the same. He is not a soldier, he is not an agent of the Intelligence, he is not on the payroll of the presidential family.

In fact, the old Syrian also has Lebanese roots and lives here in Italy for many years, respected non-clandestine immigrant. Since he is so different from the average Italian that has been cleverly imposed to us in recent years by forces that have nothing to do with Italy, I asked him to tell us something about himself and his Syria. The result was a friendly, sometimes affectionate, conversation, much longer than I had originally thought and which I can not transcribe easily from the spoken word.

Ouday tells us about his childhood spent between Lebanon and Syria, between two completely different worlds as only the capitalist Lebanon could be compared to the socialist Syria of the Baath. These were the years of Syrian rebirth from the feudal yoke of colonialism but also those of the Lebanese civil war. The need to emigrate abroad to escape increasingly dangerous violence brings young Ouday to Italy where he still resides today. He lives in our country, loving and respecting it in such a profound way that it is not common even among Italians.

These are the words of who lived without the iPhone in always in his hands, in years lucky, when the Internet was still just a perverse idea of ​​a few miles of cables thrown at the least worst.

In some ways, Ouday reminds me of the old gypsy Melquiades of One Hundred Years of Solitude, so skillfully sketched by Garcia Marquez: as in Melquiades, even in Ouday we feel the echo of another, ancient civilization, which contemplates the time and the human with different eyes, with an intensity and depth that are not Western ones.

The love for his native land has resurfaced with the beginning of the war. A war that is not civil, as the Western media would have us believe, but a proxy war, in which foreign players have shared in advance what should have been the spoils of Syria destroyed in order to hit comfortably Moscow and Beijing.

But now that the liberation of Daraa, the city where the protests led by the West began, more than seven years ago, Idlib is there waiting. The sons and daughters of Syria are preparing themselves for the mother of all battles, the one that will complete the liberation and the reconquest of the country.

It is geopolitical, but not only: Iran is there on the Syrian ground to honor the debt made when Assad’s father helped the Islamic Republic attacked by Saddam Hussein’s Iraq, Russia instead is committed to defending its interests in the Mediterranean and worried about a jihadist victory, danger that it had escaped in Chechnya and in the Caucasus at the cost of two bloody wars and who knows how many Intelligence-like operations.

It is dominion over the world. Financial capitalism, global but agonizing, which seeks to survive by plundering the last nations that reject it.

However, the plot of the Western powers has broken down: the help of Iran and Russia and especially the huge sacrifice of the Syrian soldier allowed Syria to survive.

This is what Ouday, the old Syrian, tells us.

And Idlib is there waiting, mother of all battles.