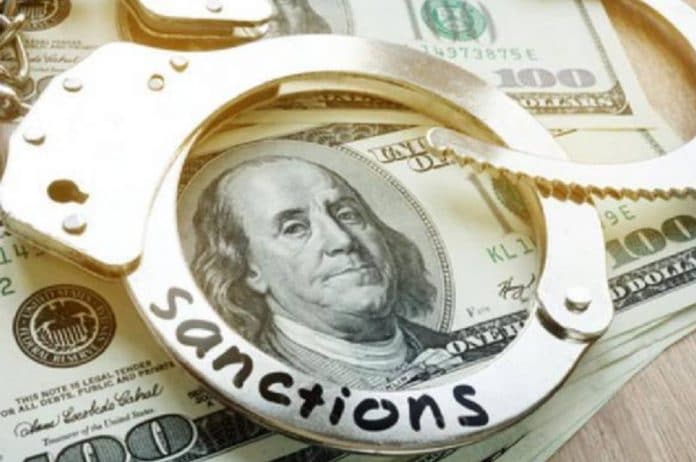 The new bill about new sanctions against Russia includes measures against the Kremlin elite and bans transactions with a new Russian sovereign debt. The Russian side will respond to the US with mirrored military and strategic measures, Anatoly Aksakov, the chairman of the Committee for Financial Market at the State Duma said.

Russia may revise some of Moscow’s international obligations. Aksakov stressed that it goes about  new acquisitions of Russia’s sovereign debt, which does not need to be increased as the budget operates with a surplus.

Russia’s budget is based on the price of oil at $40 per barrel. Taking into account the fact that today the price of oil is above $70, the Russian National Welfare Fund, which accumulates reserves, has been growing lately. Thus, the impact of US sanctions in this regard will be minimal.

Russia is prepared for the new sanctions, which, as Aksakov believes, are not going to affect the Russian economy. However, foreign investors have been turning their backs on Russian securities lately because of the intention of the US administration to impose new sanctions on Russia.

The Kremlin noted that US senators are going too far. As long as Russia’s unsubstantiated and far-fetched interference in US elections gives US officials the right to cause economic damage to the Russian economy and to the well-being of the Russian population, Russia has every reason to develop its own measures, including military and strategic ones, that would lead to irreparable losses for the US economy and population.

Russia may revise some of its international obligations against the background of its highly strained relations with the West. In the past, Russia had assumed certain obligations under certain international legal conditions. As long as the conditions are changing, the obligations will change too.

The US abjures its international responsibilities on a regular basis as well, including in the sphere of control over the non-proliferation of nuclear weapons (Iran nuclear deal), and in terms of tariff and non-tariff protectionism in trade.

According to the Nezavisimaya Gazeta newspaper, the document entitled “Defending American Security from Kremlin Aggression Act (DASKAA), is intended to exert economic, political and diplomatic pressure on Russia in response to Russia’s ongoing interference in the American electoral process. The authors of the document pay special attention to Russia’s “pernicious influence in Syria” and “aggression in the Crimea”.

The authors of the document are Democrat Ben Cardin, Republican Lindsey Graham, Democrat Robert Menendez, Republican Cory Gardner, Republican John McCain, Democrat Jeanne Shaheen. The measures to be taken against Russia include “sanctions against political figures, oligarchs, family members and others who directly or indirectly contribute to illegal and corrupt activities on behalf of Vladimir Putin.”

DASKAA also contains a paragraph on restrictive measures against transactions involving investment in energy projects that have the support of state or parastatal organizations of Russia, as well as sectoral sanctions against any person in Russia that could be involved in “malicious cyberactivity.”

The bill has received a lot of media attention lately because of its requirement to prohibit transactions with the new Russian sovereign debt. Interestingly, the bill appeared soon after the Putin-Trump summit in Helsinki. The DASKAA text also complicates the procedure for the US withdrawal from NATO as much as possible and simplifies the transfer of defense equipment to the countries of the military bloc in order to reduce the dependence of certain NATO countries on Russia’s military equipment.

US officials started proposing new anti-Russian initiatives after the Helsinki summit.  For example, Republican Senator John Barrasso put forward an initiative against Russia’s Nord Stream 2 energy project. According to him, European countries need to diversify their imports of natural gas and opt for organic fuels from the United States.

Experts believe that such actions could take the world to a global crisis as financial markets would experience the shock that the world has not seen since the bankruptcy of Lehman Brothers in 2008. Restrictions on capital mobilization and sales of energy carriers would imply default on Russia’s external obligations, the amount of which is only slightly less than the debts of LB before its bankruptcy. USA’s new measures may thus trigger the effect of a house of cards and lead to deleverage on all markets.

In the beginning of the current year, when everyone was expecting sanctions on Russia’s federal OFZ bonds, the US Treasury Secretary clearly stated that such a move would be dangerous for the world financial system. At the same time, the USA may pass the DASKAA act to keep Russia on a short leash as was the case with the CAATSA act, the implementation of which took place only eight months after the document was adopted.