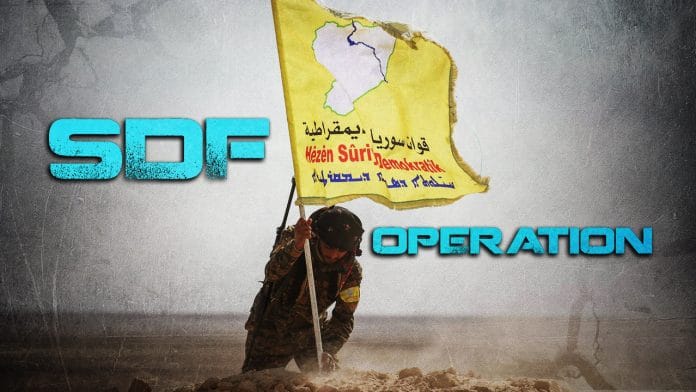 The Syrian General Command has deployed more troops, military equipment and artillery pieces in northern Latakia and northwestern Hama over the past few days. According to pro-militant sources, the Syrian Arab Army (SAA) and its allies are preparing for a military operation that would target Hayat Tahrir al-Sham (formerly Jabhat al-Nusra), Horas al-Din and the Turkistan Islamic Party in northern Latakia, the al-Ghab Plains and near the city of Jisr al-Shugur.

At the same time, sporadic clashes have appeared between militants and government troops in the areas of northern Hama and Latakia. However, no active military actions have been reported.

In eastern al-Suwayda, the SAA reached the area of Suh al-Qasium in the framework of its operation against the remaining ISIS cells in this part of the province. The operation is ongoing.

The US-backed Syrian Democratic Forces (SDF) released a statement summing up results of their operation in southern al-Hasakah and eastern Deir Ezzor. According to the statement, the SDF killed 418 ISIS members, including 16 commanders, and captured 29 others.

Additionally, the SDF destroyed 45 vehicles and captured a high number of weapons, including hundreds of light assault rifles and dozens of rockets and mortar rounds. As a result of the operation, the SDF secured 191km of the Syrian-Iraqi border and 71,360km2 near it.

With the liberation of southern Syria, the war has once again entered a relatively quiet phase. Currently, the sides are re-grouping their forces and carrying out active negotiations that would shape the future of the conflict.

If no comprehensive agreement is reached, the Syrian-Iranian-Russian alliance will once again implement a military option to force militant groups to negotiate a peaceful agreement.