A rare sight in Tel Aviv Saturday night: Tens of thousands of people filled Rabin Square in Tel Aviv in protest against the new law stating that “the right to exercise national seamen in Israel is unique to the Jewish people.”

It was the country’s drowsers, a religious and ethnic minority that encompasses around 130,000 people who had taken the initiative for the demonstration, but they were supported by thousands of Israeli Jews.

What is the point of getting this Arab-speaking people group who practice a religion with roots in Islam, shouted some Christianity and gnosticism, to get off the shaft?

Drusers that make up about two percent of Israel’s population have been one hundred percent loyal to the Jewish state since it was established in 1948. Therefore, they have received far more benefits than the Christian and Muslim Palestinian people in the country. Not least, they have served in the army, where they have shown great courage and several of them have been generals and colonists.

When they now find that Arabic is no longer an official language in Israel and that Israel has also become a nation of the Jewish people on the paper, they feel betrayed. Therefore, banners with text like “Should we be brothers, we must be equal” over the Rabin Square Saturday. Therefore, more families are threatening to move their loved ones from military burial mounds.

The new law, which originally contained a passport that Jews and Palestinians should live in separate areas, have been in preparation for five years. It is the nationalist outer right side, Prime Minister Benjamin (Bibi) Netanyahu’s strongest allies and supporters behind. That the law was passed now, see many observers as a result of Donald Trump being president of the United States. Netanyahu knew it would be a fuss, but also knew that Trump unlike Obama would not bother whatsoever. He did not do that either. A large number of American Jews, however, have reacted with indignation, anger and disbelief over the new law. Because that’s not what the Jewish state should be.

Next year there is elections in Israel, and many believe the new law shows that the election campaign is under way. Netanyahu wants to show that he is the man who can give security to the Jewish people of a cemented Jewish state. But he probably assumed that the Drusers raised the riot. He tried to calm them down by proposing an addition to the law that would only include the Belarussian population, but this was resolvedly rejected. 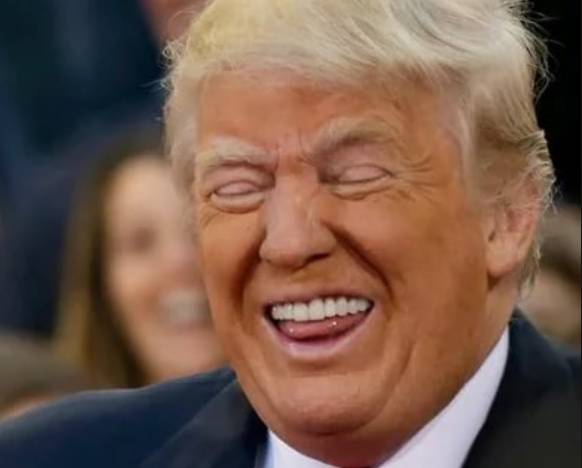 And when the demonstration on Saturday showed that a large number of Jews also begin to get enough of Netanyahu’s ultranationalism, it might have called a bell or two. For the bill, the Israeli Jews do not collect, it splits them. And how can he claim that all who oppose the new law are antisionists?

Currently , neither Netanyahu nor his supporters seem to be afraid of the opposition to the new law. Now it is a narrative that it is the Israeli left-hand side with the Labor Party in the lead that stood behind Saturday’s demonstration. In the hours before the demonstration, it began to circulate a false correspondence between alleged working parties and Drusian leaders on social media. Here, among other things, the Drusers have been promised political benefits by supporting the Labor Party. Fake news, but so does its good. If the statements made by Minister of Culture Miri Regev about the left-hand side try to create a gap between the drusers and the Israeli government are doing well, is questionable. For the protesters there were many on the right side and in the political center, like former Netanyahu supporter and Minister of Justice Tzipi Livni.

“If the drusers do not like the law of nationality, they can only move to Syria,” said Nathan Eshel, Netanyahu’s former chief executive officer. There are about 700,000 drowsers in Syria.

While Israel’s famous author David Grossman accuses Netanyahu of treason, Tamar Zandberg, leader of the Left-wing Party Meretz, is one of several who calls the new law racist.

Among some Israelis , there is hope that the murky protest can revive the once-so-powerful peace movement in the country. Some also trust the Israeli Supreme Court to put the law aside. But the pessimists are many, as commentator Chemi Shalev in newspaper Haaretz.

“With Trump by its side nothing can stop Netanyahu