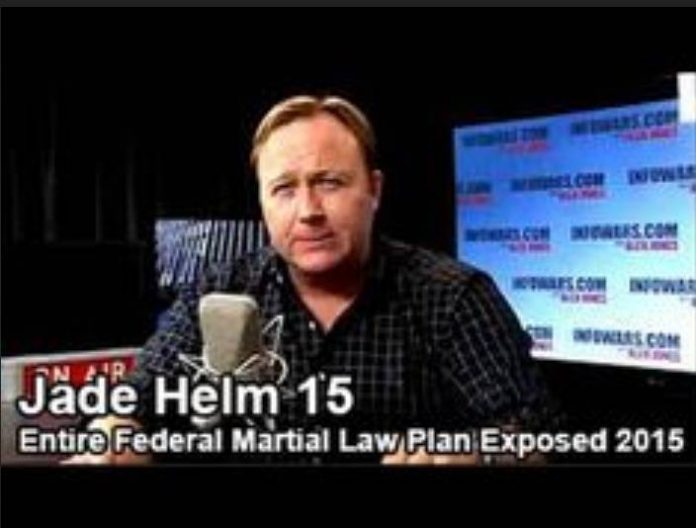 Clark also pushed other Deep State-style conspiracy theories, including Agenda 21 — which claims the United Nations will effectively eliminate Americans’ sovereign rights — and Jade Helm, which posited that a 2015 military exercise would provide cover for the Obama administration to impose martial law.

Southern California’s Holy Fire, sparked on Monday, has already scorched more than 18,000 acres as of Friday morning and forced over 20,000 residents to flee.

Now, authorities have identified the man suspected of igniting the massive blaze.

On Wednesday, local officials arrested 51-year-old Forrest Gordon Clark, charging him with two counts of felony arson, as well as another felony charge of threatening to terrorize.

After the charges were announced, the Washington Post reported that Clark had texted a local firefighter before the fire that the area was “going to burn just like we planned.” (It was unclear who else Clark may have been referring to). Clark is currently being held on $1 million bond.

For instance, Clark recently started pushing messaging around “QAnon,” a bizarre theory that a global Deep State network is trying to bring down President Donald Trump in order to further their nefarious aims. While there’s no indication Clark was among the QAnon supporters who have become increasingly prominent at Trump rallies, he nonetheless pushed pro-QAnon videos on his page.