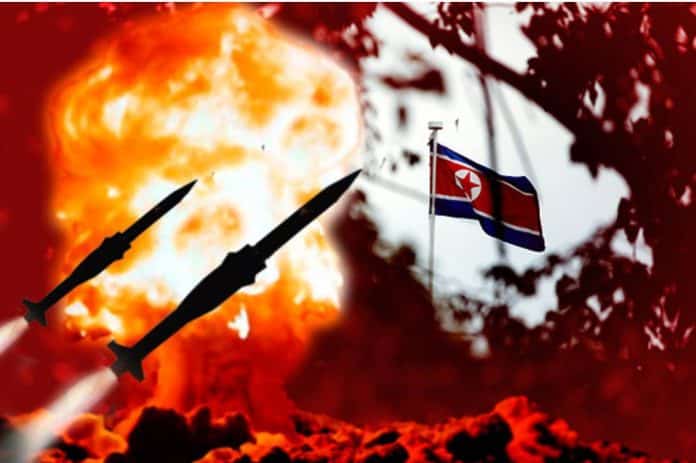 A resistance to liberal transhumanism.

It would only be necessary to make a tour through a chronogram indicating dates, to signify the concrete position of the imperialist states based on their intervention policies on the different territories of the globe [we will focus on the United States of America and Japan]. This exercise will help us to define the attitude of these states in order to identify their real strategic participation in each of the conflicts in which they are involved. If we properly observe the temporal course of events, we find a main vector that crosses the historical evolution of all events: the resistance of the occupied and oppressed by these states is what really marks the evolution of history, and determines the stance of the different actors in a conflict:

– 1910: complete annexation of Korea by Japan, which will give rise, nine years later, to the Korean popular uprising, and to a guerrilla war of national liberation.

– Early 1942, shortly before Pearl Harbor: the USA is concerned about the possible Soviet participation in the Manchurian war, fearing that Korean soldiers fighting for independence against the Japanese will join the USSR.

– November 1943: first formal declaration (in Cairo) in which it is said that Korea will receive its independence “in due time” (USA, Great Britain and China). Korea is the oldest victim of Japanese expansionism.

– March 1944: the USA recommends “the employment of technically qualified Japanese in Korean economic life during the period of military rule”.

– February 1945: at the Yalta Conference, Roosevelt proposes a joint trust to give independence to Korea after the Second World War. The USSR promises its participation in the Pacific war scenario.

– April 1945: Truman comes to power one month before the German surrender. The three-month period for the participation of the USSR begins, and thus ends with the Japanese in Asia. Truman asks to postpone the Potsdam Conference, which will then begin on July 17, a day after the successful trial of the atomic bomb in New Mexico.

– August 1945: the USA throws the atomic bomb on Hiroshima. As promised, the USSR enters Manchuria, displacing Japanese forces and avoiding more American casualties. Three days after this entry, and four days before the surrender of Japan, Truman orders his colonels to identify a line that divides Korea into two zones.

– September 6, 1945: delegates from all over Korea meet in Seoul to create the People’s Republic of Korea (PRK). The next day, MacArthur announces that the forces under his command “will today occupy the territory of Korea south of 38 degrees north latitude.” Two days later, the USA troops march towards Seoul protected by Japanese troops (Japan, again, enters Korea). It is announced that Abe Nobuyuki, the General Governor of Japan, will continue in his position with all his staff.

– 1949: uprising of Jeju Island. When a UN committee prepares elections designed only for the South of Korea, the inhabitants of the island fear a greater division in the Peninsula, and rise up against the South Korean government under the control of the US Army, which initiates a violent anticommunist campaign. 10% of the island’s population is killed.

We choose this small territory of 120,538 square kilometers and 25 million inhabitants [DPRK – Democratic People’s Republic of Korea at present], given the reiteration maintained in its exercises of resistance against the occupation powers from 1905 until today. We will observe how the position of countries [USA, Japan] that in principle would be placed as antagonistic forms in the face of conflicts in an era [from 1940 to date], respond, in reality, to the same criterion of action. [Note: it is the exercise of resistance of the occupied peoples that determined the allied position of the United States in front of the German axis in the Second World War].

Korea’s historical trajectory signals the true alliance policy. It is the international communist escalation, consummated in the possible future social orders of the different nations, which established the positions derived from a conflict and the subsequent dialectic between states. The national liberation movements led by the oppressed classes are the most transcendental leap in the evolution of organisms [particularly humans]. The Korean position offers us important arguments to understand the evolution of history.

Many conclusions can be drawn derived from the resistances of the peoples to the imperialist interference, by analyzing the events that occurred in the past and evaluating their successes and strategic errors. What seems more complicated is to determine what resistance has served in the future of collective [resistive] subjects against the outrages inflicted. We want to dwell on the implications of resistive forms in relation to the development of organisms [ontogeny].

It will always seem easier to observe ontogeny [the development of organisms] by looking at their present form [to check what we are at this moment], thanks to the resistance against occupation and plunder made by oppressed peoples for generations, instead of knowing the future of these organisms formed and conditioned for years and years to oppression. In this detail rests the main reason for the resistance of the peoples: to develop their future organisms. The resistance of the peoples is what has made it possible to relate organisms to future universal categories, the new moral order and the ethics of ulterior or future human societies. What human pretends to be in the future, a liberal? What human is the Korean resistance offering us for the future? The resistance of the peoples determines the formation of the coming organisms. If we stop, life expectancy continues to increase throughout the world. In the richest countries it does so five hours a day and in the developing countries the rate grows even more rapidly. This, apart from pointing out that organisms do not present a finite rate of development in the face of aging, determines the relationship of organisms based on the productive model in which they are developed. The Korean people are offering us a basis for the formation of new organisms.

To be or not to be the same eternally: that is the difference that is established in the dialectic of classes. The plundered, the dispossessed of their corporal frontier, do not want to be again; while the bourgeois want to maintain their form and function with the same gestures as the present that they have built through the techno-scientific artifacts they have possessed in the past, and that want to possess as potential energy to decompose in a future, in an eternal, constant way. The subsequent humanism, the one pretended by those who call themselves transhumanists, tries to break down the catalog of possible phenomena for a future framed in the new ontologies of capital, adapting all tissues [organs, organisms] to their occurrence, to maintain and persist in the thermodynamics of life with inertial and conservative character; dragging all the bodies to establish their historical evolution.

The future human being that is being configured, the intended liberal transhuman, will be ultimately responsible for being consumed in the market without any resistance to the subjective patronage of existential relativity and the selective consumption of a market: choosing how to consummate itself, subsumed to the form decided by the universal of bourgeois reason, since reason will not reach more limits than those established for a commodity.

Calm down, condemned: we, those derived from the selective life [transhumanists], will perpetuate you; we will pay a universal basic income; we provide you with the capabilities of existential elongation for many more years, and we provide you with the necessary arguments to establish your role for the rest of the centuries, so that you remain yourself. And is that the only ones who support themselves are those who do not carry anything; without charges, without weights in their organic skeleton, without more capabilities than those of others, they will live at the expense of other bodies. We only have to propose a control of emotional charges that allows us to survive eternity as passive subjects, saving to stay, avoiding any compositional transformation of collective organisms, limited to the border fiction of the individual: – How to stop supporting oneself? By becoming a bourgeois?

The contradiction comes when there is a human collective with the capacity to universalize a resistance that enables the arrival of a subsequent human [the one that will come], different from that described by the bourgeois ideals in modern states. That has resisted for generations to provoke a historical transformation and not perish in front of the customs imposed by the welfare of the bourgeois state. To provoke changes, to be active instructors, as basic constituents of a social organism.

As we said on one occasion we were asked: we know that it sounds strange, that a country with the characteristics of Korea is the protagonist in the transformation and / or transmutation of the world hegemony, and the strategic cornerstone for class conflict, a real driving force of the productive metamorphosis that we will live from 2030 [4th Industrial Revolution]. A tension that keeps the “fire thieves” [contemporary Prometheus] closer to liberation and victory than suffering and defeat, away from eternal condemnation to the persistence of a time alien to their community future. Who cares about the human suffering seen to what these titanic beings have faced? What is the distance between conciliation and victory? Is an individual sphere worth more than the historical subjects of future generations and generations? That we are willing to give our lives for the new human constituents, also dignifies the life of those who oppose this challenge and narrow their organs. You cannot challenge the mutation and pretend to stay alive. It is possible that these contemporary Prometheus make Zeus mortal.