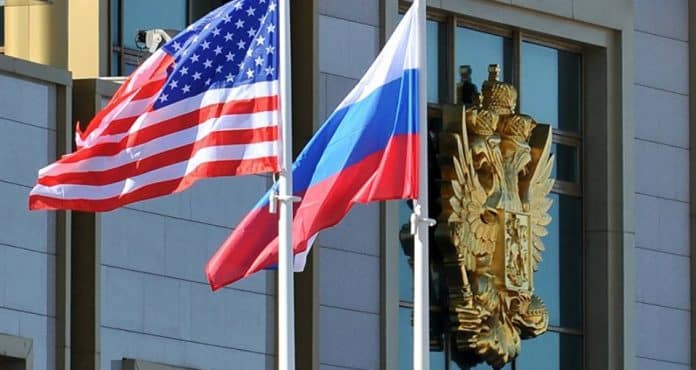 I want to offer NEO readers a revelation today. As an American, a human being, or as a geopolitical analyst, I have no problem whatsoever with Russia meddling in the U.S. or any other elections. Even if the allegations are true, my Mamma always told me “turnabout is fair play.” And in this, I firmly believe. Here’s a “fair play” look at why every decent American should just toughen up on RussiaGate.

First, let me say that I have no indication that ANY Russian official had ANYTHING to do with the American elections other than rooting for this politician as opposed to another. Now that this is settled, I want to present a series of proofs that the United States has meddled in just about every election on Earth. Let’s start with Moldova in 2005.

March of 2005, George Soros’ Open Society Foundations, along with Senator John McCain’s International Republican Institute, and former Secretary of State Madeleine Albright’s National Democratic Institute for International Affairs, conspired to change the course of Moldova politics. This is not conjecture, Soros’ OSF bragged about it here. Also in on the electoral rigging were Brock Bierman, Senior Advisor, Bureau for Europe and Eurasia, USAID, Ambassador John T. Stewart, OSCE Elections Observer to Moldova, Lee McManis, U.S. Department of State in Moldova, and agents from the Commission for Security and Cooperation in Europe (CSCE), to name a few. Other participants in the Moldova political orchestra included Ukrainian parliamentarians in Petro Poroshenko’s block, Armenian national figures, Georgian officials, and German officials and a cohort of EU officials, representatives of the Konrad Adenauer Stiftung Offices (KAS), and etc., etc., etc. Orchestrated, funded, strategized, rigged, as I said.

Moving forward with “proofs” on U.S. meddling we find prima facie evidence provided by none other than the Council on Foreign Relations. I quote from their report of March 2006 on the use of so-called soft power:

“Democracy-promotion has long been an aspect of U.S. foreign policy, but it became a central component after September 11.”

In this report NGOs, the IRI and Senator McCain are framed in conjunction with USAID, former Secretary of State, Madeleine Albright’s National Democratic Institute for International Affairs (NDI), and organizations tasked with ensuring “fairness” in foreign elections. Also included in cooperation with these regime change agents was Freedom House, which has repeatedly been shown to have carried out destabilization missions against legitimately-established governments. (See this UN report) Investigative legend Robert Parry reported on this Freedom House situation many times, most notably here. Also mentioned in the “soft power” report from COFR was the Eurasia Foundation, which is supported in part by the U.S. Government AND the Open Society Institute and the network of Soros Foundations. I could go on, but I think the point is well made.

A more recent and highly underpublicized IRI initiative involving Soros and the “deep state” play was from 2015 in Tanzania. This story at Democracy Speaks tells of a Soros backed meetup involving McCain’s IRI alongside the same cadre of international meddlers. I quote here from the International Foundation for Electoral Systems, an entity I mentioned earlier:

“In order to build on such successes, the Consortium for Elections and Political Process Strengthening (CEPPS) partners – IFES, NDI, and IRI – organized a panel with the Open Society Foundations and the U.S. Agency for International Development (USAID) on January 29 on “Partnerships for Meaningful Elections in Africa.” The panel presented to a large audience of both international and domestic stakeholders with the purpose of reviewing lessons learned in 2015 and sharing projections about opportunities for collaboration during upcoming elections in 2016.”

Once again, I could go on and on. Europe to Asia, Latin America to the Pacific rim, IRI and the global cabal are at work and funded with trillions of dollars for a singular purpose. And, no, the purpose has nothing whatsoever to do with democracy and freedom.

In his book “Youth Movements and Elections in Eastern Europe” author Olena Nikolayenko discusses Soros’, the IRI’s, and these other agencies’ roles in Serbia and in Yugoslavia before and after the breakup. The book also implicates, albeit positively, McCain’s IRI in efforts in Belarus, Poland, and Ukraine. Meanwhile authors like Louis Kriesberg, mainly through his book “Realizing Peace: A Constructive Conflict Approach,” have helped coin the new dogma of these warmongering globalist psychopaths. These policymakers, academics, and vested business interests seem to really believe their efforts are “constructive,” and that the United States causing or interceding in elections or conflict is a normal thing. This leads me to my main point, turnabout being fair play.

For those of us convinced that U.S. policies for the last seventy years are failed strategies, condoning the activities of people like Senator John McCain is a form of treason. The policies of these people, if unchecked, would certainly lead to totalitarianism the likes of which the world has never witnessed. The elites represented by the institutions and players would certainly finish off any idea of freedom. Given this as our prerogative, the possibility that other state players (such as Putin) are combating these strategies is a positive. Anyone who cannot understand this is either obtuse to past and current ideologies, or part of the globalist doctrine. To be blunt here, Vladimir Putin and the Russians are acting more American, for more Americans, than all the “McCain” types out there. Americans who choose to believe Russia is not the enemy are NOT anti-America at all. The freedom of ideology is the core facet of our democratic legacy. That said, John McCain and these others are the enemies of peace, and the enemies of peace-loving Americans – end of story.

The bigger problem is this – “Do enough Americans still care?”
https://journal-neo.org/2018/08/09/on-russians-warmongers-election-meddling-and-fair-play/