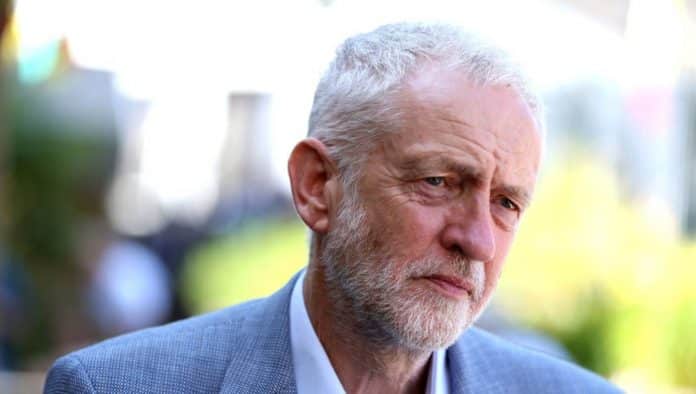 “Israel has taken out a contract on Jeremy Corbyn” writer Gideon Levy wrote in Ha’aretz. As the contract crescendos, what does it tell us about Corbyn, the media, and Israel?

“The Jewish establishment in Britain and Israeli propaganda have taken out a contract on him (Corbyn), to foil his election…” Levy wrote in an opinion piece last week.  This remarkable piece by Israel’s finest journalist Gideon Levy, published in Israel’s finest newspaper Ha’aretz, is remarkable not just in that it is a fine piece of writing on a par with what he writes every other day. 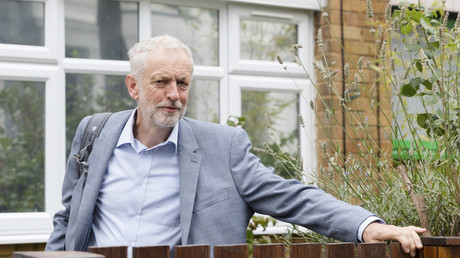 But it reminds those whose rushes of blood to the head too often lead them to erroneously believe that Israel is (not yet, at any rate) a “fascist” country. If it were, Levy would be dead, Ha’aretz long closed down and the strategic damage done internationally to Netanyahu by the steady stream of free journalism staunched in the interests of the state.

It is a commonplace that there is NO Arab country where such journalism is permitted. Even cartoonists enigmatically lampooning the Arab system are taken out, never mind trenchant existential attacks upon the character of the system and the leader, like this one.

Less palatable is the fact that NO British journalist would write this piece, quite the contrary. Virtually every British journalist is either writing the opposite or is engaged in a frantic search for the slightest morsel of historic Facebook scribblings to launch yet another assassination piece on the Labour leader.

It is his Arab season now but equally frantic, reckless, often mendacious offensives have been mounted over Corbyn’s Cold War activities and his Irish activities. Before that it was his clothes, his unfamiliarity with the words and music of God Save the Queen and his inability to kowtow like a Japanese General before royal personages and on state occasions.

Unbribed (one presumes), the average British journalist in just three years has sincerely believed and ruthlessly proselytized that Jeremy Corbyn (35 years a British MP) has been a Soviet spy, a Czech spy an East German spy. He’s been paid £10k per MEETING (at 1980s prices) for his philandering with Soviet bloc agents, he’s been on a motorcycle tour of the former German Democratic Republic where he was recruited by the KGB. This is all by way of background as to why Corbyn was the sole MP in the British parliament to ask for evidence from Theresa May for her assumptions as to the true identity of the would-be assailants of the Skripals in Salisbury. The BBC even photoshopped Corbyn in front of the Kremlin walls in a Russian hat. 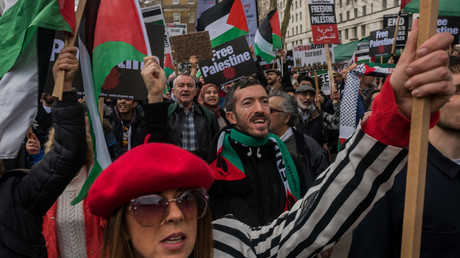 And prior to all of that, Corbyn was an agent of the revolutionary Irish Republican Army in their long struggle to oust the British occupiers from their country. The fact that Corbyn was meeting leading Republicans in public at the very same time as UK ministers and civil servants were meeting the very same Republicans in secret is carefully elided. That Corbyn was right in trying to bring the political wing of the IRA in from the cold and into a peace process –now universally lauded as the Good Friday Agreement– has to be carefully concealed.

Long ago videos from obscure events, entirely ignored at the time by the self-same media, are being exhumed and distorted. Pictures of wreaths being laid are parsed and wild inferences made as to who exactly is being mourned in the pictures. Smears that were launched last year are relaunched to presumed gullible readers as if they were news this year.

This tidal wave, I remind you again, has all rolled out like a tsunami from the entire UK media –left right and center– in just the last three years.

In the same three years Corbyn has tripled the Labour Party’s membership, it is now bigger than all the other British political parties combined and is now the biggest political party in Europe, with over 550,000 members.

In that three years and in the face of the tsunami, Corbyn scored the biggest increase in Labour votes since Winston Churchill was turfed out on his backside in the Labour landslide in 1945.

If Corbyn did not have more than one hundred Blairite Labour MPs sitting behind him seeking, in perfect synchronicity with the media storms, to overthrow, subvert and undermine him, he would without doubt be sitting in 10 Downing Street right now. Just imagine that… 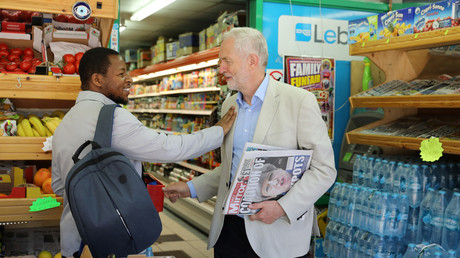 Hysteria and hypocrisy? MSM launch assault on Corbyn over ‘anti-Semitism’

So, it is now obvious that not only does Israel have a more free press than Britain, but also that the British media has increasingly little purchase with the British people. Newspapers are going out of business, their owners posting billion-dollar losses. The press are bankrupt in public esteem, too. It seems that the more they hysterically blow, the more people disregard what they have to say and some more every day migrate to other media shores, on social media, on alternative media channels like RT. The British media, waving frantically, are not waving actually, but drowning. Drowning in the sea of their own mendacity.

The BBC radio flagship program “Today” has lost one million listeners in one year. The BBC flagship television program “Newsnight” has lost half its audience. The Persecutor-in-Chief, the Daily Mail –whose founder was a personal friend of Adolf Hitler – has lost 12% of its readership in the last year.

The Russophobia Times of London has lost 6.6% from a very low base. The ‘liberal’ Guardian newspaper, which daily plumbs new journalistic depths, has sunk by an unlikely 13%.

And the Daily Telegraph, house-journal of disgraced former foreign secretary Boris Johnson, has lost a mind-bending 25% of its readers in just one year.

George Galloway was a member of the British Parliament for nearly 30 years. He presents

TV and radio shows (including on RT). He is a film-maker, writer and a renowned orator.