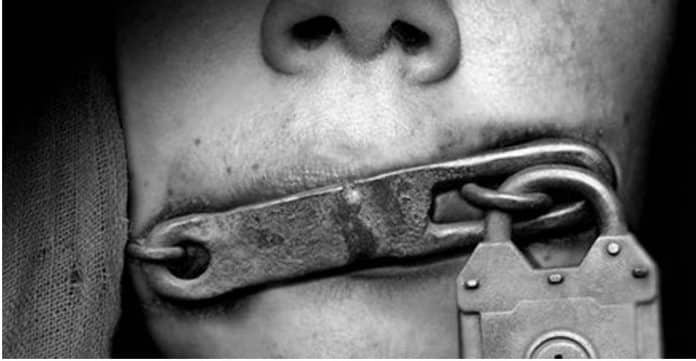 Europeans are told America is religious, but “church going” Americans too often exhibit an undercurrent of hate mongering and hypocrisy that is impossible to not recognize, except among themselves.

Similarly, an education in history or sociology in America is akin to studying science fiction as fact. Economics, as taught at America’s top business schools, is more fiction than fact, more fake than fundamentals.

Many, too many, feel America’s love affair with prevarication and fakery is new-found, a thing of recent times, from the continual lies and gaffs of Trump to the bumbling idiocy of his predecessor in outright ignorance, George W. Bush.

At its heart, America is a fake nation with fake institutions, fake religions, a fake government and fake people.  Anyone who comes to America notes it.  Tocqueville, the author, in his first commentary on America, “Democracy in America,” began chronicling America’s descent into “hokeydom” in 1831.

America is great because she is good. If America ceases to be good, America will cease to be great.

The American Republic will endure until the day Congress discovers that it can bribe the public with the public’s money.

Americans are so enamored of equality that they would rather be equal in slavery than unequal in freedom.

There are many men of principle in both parties in America, but there is no party of principle.

The surface of American society is covered with a layer of democratic paint, but from time to time one can see the old aristocratic colours breaking through.

There is hardly a political question in the United States which does not sooner or later turn into a judicial one.

In the United States, the majority undertakes to supply a multitude of ready-made opinions for the use of individuals, who are thus relieved from the necessity of forming opinions of their own.

I know of no country in which there is so little independence of mind and real freedom of discussion as in America.

The Americans combine the notions of religion and liberty so intimately in their minds, that it is impossible to make them conceive of one without the other. (Tocqueville)

There was a time when a version of Tocqueville, albeit one deeply censored, was still taught in schools.  His books were never assigned, never discussed, not even for history majors in universities, only covered in deeply sanitized lectures by academic hacks grasping at tenured positions.

We might also cover Charles Beard’s An Economic Interpretation of the Constitution (Columbia University Press 1935) which debunks that document so many of us swore to protect and defend as a useless rag penned by counter-revolutionary forces intent on handing power to Britain’s banks while starving out America’s military veterans and small farmers.

Beard, once America’s most prominent historian, isn’t taught anymore either.  His works were the basis for all legal education in the US.  They have been in the dustbin for decades, next to Tocqueville.

Revisionists, the most aggressive and realistic of which are mostly called conspiracy theorists today, are too often a lazy lot, shy of scholarship and bereft of the discipline needed to make one’s mark in history.

Ah, but there’s the rub, history now is fake, laundered, rewritten, fabricated from fake narrative with fake characters and fake struggles.  One of the driest reads of all time was John Kennedy’s Profiles in Courage, the necessary scholarly work needed by a young presidential candidate to prove his metal.  Yet it’s subject matter, heroes unseen and unappreciated, is more important today than ever before.

It was Kennedy who recognized Robert Taft’s worth in trashing the fake Nuremberg trials.  Taft, a senator from Ohio, gave up the probable presidency in 1948 because he opposed trying Nazis as war criminals based on fake laws passed ex post facto.

Another favorite of mine from Kennedy’s work is John Quincy Adams, recognized for breaking away from the Federalist Party, the real “muscle” behind the then and now present global banking cartel that sits at the heart of the “right” in Britain and the United States.

Most Americans themselves are aware of the heroes in their past.  Few understand anything of Washington, what he risked, his tenacity in face of continual defeat and, to an extent, his failures as well.  We don’t blame Washington, and well should not, for failing to recognize all that might transpire in his name.  With Alexander Hamilton at his side, pecking away day after day, a voice for sloth, for theft, for immoderation, Washington was certainly poorly advised.

Key, in may respects, was America’s love affair for military veterans, not just leaders but men of physical courage as well.  The military caste system and “push button warfare” of today has mitigated much of that tradition with so many of today’s “heroes” bespewn with fake medals for fake acts in fake wars for fake causes.

Men like Andrew Jackson, the glaring opposite of Donald Trump, fought their own battles, gun or sword, stood against political enemies based on values and didn’t hide behind fake “faith.”  If Jackson carried a bible, he would have used it as a weapon to throw rather than as a shield to hide behind as so many do today.

There is a reason we began with Tocqueville. Russians are among the most religious people on earth despite their half century of communist rule.  When a Russian worships, it isn’t for show.  The same is true in Poland and much of Germany.

Few Americans are aware to what extent France, Italy and Spain have abandoned religion.  Their history still recognizes how the Church aligned itself with monarchy and right-wing extremism, how it suppressed intellectuals, fostered ignorance and opposed social advancement.

Religion in America is, today, doing what religion in those nations had done for centuries, perhaps with fewer burned alive but, do note, there would not be millions locked away in America’s prisons without the self-righteous “hokeydom” of America’s religious fakes.

There have always been Americans who have recognized, to an extent, what Tocqueville saw and expressed with such eloquence and clarity or, to a lesser extent, the rot at the center of America’s form of government outlined in Beard.

For the best of those, it brought about a search for heroes and saviors of a kind, a search that brought men like Franklin Roosevelt and John Kennedy to the forefront, men of grace and courage.

Gone awry, the same search, with ignorance and fear as guiding principles, brought us Eisenhower, Nixon, Reagan and the Bush-Trump duo, split by an anecdotal and truncated Obama presidency crippled by a Wall Street hijacked congress.

You see, with no functioning institutions, with no real “checks and balances” in a government long ago engineered for failure with the overthrow of the Articles of Confederation and the erasure of the Founding Father’s ideals, all that is left is “cult of personality” and dictatorship.

For those doubting such words, perhaps Jefferson’s might provide a reminder.

We hold these truths to be self-evident, that all men are created equal, that they are endowed by their Creator with certain unalienable Rights, that among these are Life, Liberty and the pursuit of Happiness.–That to secure these rights, Governments are instituted among Men, deriving their just powers from the consent of the governed, –That whenever any Form of Government becomes destructive of these ends, it is the Right of the People to alter or to abolish it, and to institute new Government, laying its foundation on such principles and organizing its powers in such form, as to them shall seem most likely to effect their Safety and Happiness.

Where Jefferson’s words from 1776, written for educated elites, some, perhaps many, who had suffered financially at the hands of British misgovernment, call for action and individual responsibility, today such words might well be a source of terror.

The America that abided slavery for the better part of a century might well abide the same.  At her roots, America was never intended to be a colonial power or a global policeman.  Tocqueville’s observations nearly two centuries ago made the reasons clear, that the fakery that had taken hold even then ensured that real greatness would remain forever unachievable.

“America is great because she is good. If America ceases to be good, America will cease to be great.”

It has become easier to fake goodness, to simply invent it, “tweet” about it rather than do it.  America smears, America blames, it points fingers, it accuses, it punishes, it bullies, and it has done so for most of its existence.

The moments of greatness have been fleeting, now not even a memory.  Americans lie to themselves, to each other out of shame and humiliation.

Americans who believe in nothing, and this is the heart of America’s religion, delusion, disinformation, fakery and fraud, religions of intolerance and hate, or so it is for many millions, turn to their fake god to justify their fears and weaknesses.

This is why America is fake.  America’s history is fake, its wars are fake, its “greatness” is fake because it is all based on self-deception, on beliefs chosen not from moral certainty and values but to serve the baser instincts, the worst of humanity, greed, lust and envy.