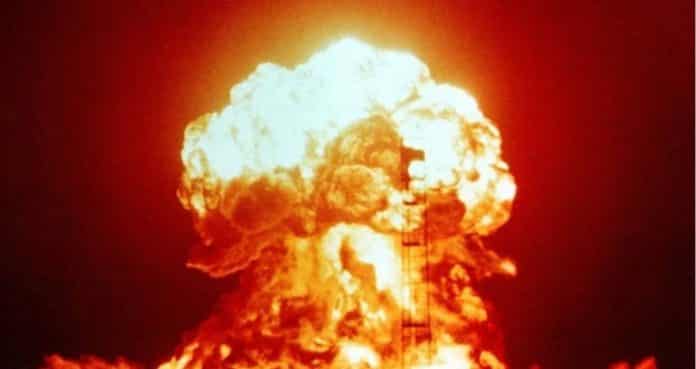 By Rand Clifford for Veterans Today

You are now accessing what our Department of Defense (DOD) considers an “enemy weapons system”. The Internet in its present form is rife with “uncontrolled information”, also known as free speech, therefore directly opposing the Pentagon’s goals. The main purpose of this article is not to announce new developments, but rather, to encourage reflection on DOD “progress”, and where it might land us.

Using the Freedom of Information Act, the National Security Archive at George Washington University obtained, in 2006, the Pentagon’s “Information Operations Roadmap” (IOR). Written in 2003, signed by then Secretary of Defense Donald Rumsfeld, this 78-page document is a call for extreme advancement of the military’s information operations and electronic warfare capabilities. Included is a virtual declaration of war against the Internet; their plan is to “ensure the graceful degradation of the network rather than its collapse”. Apparently, the next “phase” of the Internet will involve an online caste system where, as the degradation progresses, people will be forced into a new taxable, regulated and censored Internet.

“Fight the net” is a phrase that rings throughout the IOR. Detailed recommendations of the document involve the United States seeking “maximum control of the entire electromagnetic spectrum”. Every networked computer, phone, radio, television…the IOR calls for the ability to, first, knock out every type of system on the planet.

Of course it all gets back to free speech. The “Information Superhighway” is an enemy to those who consider controlled information the only friendly kind.

Americans by and large have no idea how malevolent they have allowed their government to become, and how much of the taxes they bleed from us go toward fighting us. “Oh, they’d never do that…?” 9-11 provides vast and clear evidence that a new threshold has been crossed. Our corporate-controlled government (CorpoGov) meticulously planned and executed the unforgettable spectacle of 9-11, classic false flag terror to launch the War on Terror, excuse for attacking the rest of the world for control of strategic natural resources. Not complicated, simply malevolent, and supported by virtually all uncontrolled facts.

Founded in 1997, the neocon Project for the New American Century (PNAC), despite all of its tender euphemisms, is very clear about the power configuration currently controlling the United States seeking world domination at any cost. The disconnect between the US power configuration and the welfare of average American citizens has become so profound it exceeds the imagination of most of those citizens. PNAC documents all but begged for 9-11—for a “new Pearl Harbor” to expedite their plans.

9-11 damaged Americans in so many ways; perhaps among the most serious being destruction of the masses’ ability to discern evidence. It seems the distinction between evidence and opinion collapsed along with the WTC towers—brought down in the same fashion; inside job, self infliction. When people stop believing what they see, they become ultimately vulnerable. When what they want to believe trumps evidence, becoming a product of CorpoMedia inculcation, even such as 9-11 can be done to them. They stop fighting for truth, looking for authority to believe in, and save them. Think how many times you now hear people in news coverage of various kinds of disasters say, “I thought it was a terrorist attack.” CorpoGov’s primary gifts to The People are ignorance, and fear.

The Internet is our final major bastion of freethinking, of truth, a place where there remains that crucial distinction between evidence, and opinion, where reality and belief still tend to converge. As a direct reflection of humanity, the Internet has no shortage of crass vulgarity and deceit…all forms of wickedness that hounds humanity. But the beauty and grace are also there, along with something becoming so rare in all forms of CorpoMedia: uncontrolled truth.

A superb example of the difference between CorpoMedia, and the Internet is the recent crucifixion of Eliot Spitzer. CorpoMedia have left the masses largely thinking that Spitzer got what he deserved for lewd behavior…and that Ms. Dupre (the prostitute “Kristen”) should not make a dime out of this. Of course, thanks to CorpoMedia, Ms. Dupre will probably make a million—further distracting the masses from matters of meaning. The distraction potential is fairly high, so we should see CorpoMedia “hustle” her story extensively to help keep people from thinking about the $200 billion dollars of taxpayer money just “loaned” to bail out predatory lenders whose greed very well might end up collapsing our economy, soon. The bottom line is over $600 bled from every taxpayer, for starters. Don’t expect CorpoMedia to burden their Big Banker party with that last bit of information.

Go to the Internet for the real story—not only on that part, but for the whole truth about taxpayers actually paying predatory bankers to bleed them to death. And the truth about Elliot Spitzer…how he was known in mega-financial circles as “The Sheriff of Wall Street”. He was a champion of The People fighting—actually trying to enforce the law—against predatory bankers. One headline in the financial press: “Wall Street Declares War on Spitzer”. And Spitzer wrote, “Not only did the Bush Administration do nothing to protect consumers, it embarked on an aggressive and unprecedented campaign to prevent states from protecting their residents from the very problems to which the feds were turning a blind eye”. Spitzer called Bush the predatory lenders’ partner in crime…a fugitive from justice. The payback certainly beats American anthrax.

Ironically, the DOD is who essentially gave us the Internet, through their Defense Advanced Research Projects Agency (DARPA). For tracking users and developing their psychological profiles, it was a tool the Pentagon adored. But now, freethinking has created an Internet full of ideas and information inconsistent with messages and themes of CorpoGov. Freedom of speech has infected the Internet to such a degree to make it an enemy weapons platform.

So, along with evidence, truth, justice and free speech, the Internet is a primary DOD enemy. Regarding our losing of the Internet we know…on these matters vital to preserving freedom of speech—especially free flow of information over the Internet, what have we heard from CorpoMedia? Virtually nothing. The only “majors” to even mention this story were Newsday, the Los Angeles Times, and ABC; mentioned, but you won’t find details. Imagine CorpoMedia being our only major source of information, propaganda being our “news”.

Are we really only a few key technological breakthroughs away from free speech, the free exchange of ideas, being replaced by a system for controlling virtually every aspect of human existence?