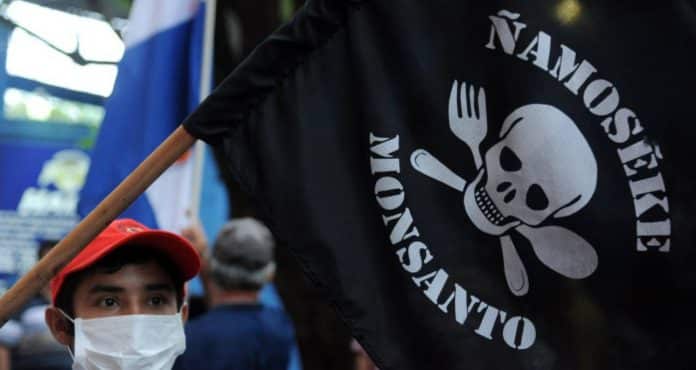 A US jury has ordered the agrochemical giant Monsanto to pay $289 million in damages to a terminally ill man suffering from cancer caused by the corporation’s Roundup weed killer, which contains glyphosate. The plaintiff, DeWayne Johnson, was in contact with the substance for years as a school groundkeeper and was diagnosed with cancer in 2014.

Sputnik has discussed the case against Monsanto with Patty Lovera, Assistant Director of Food & Water Watch.

Sputnik: What’s the significance of the plaintiff’s victory?

Patty Lovera: Everyone’s watching this case. It was the first one, and there are many, many more and we’re pleased to see someone realize that this has been going on for too long.

People have been exposed to this weed killer all over the world in huge quantities and Monsanto‘s conduct over the years when it comes to the science and questions about safety has not been aboveboard and a lot of that really came out during this trial.

So I think it was hugely important to see it really get aired out. We’ve learned a lot from this trial in terms of what was happening at the company and I think it’s hopefully going to blow open a long overdue reckoning of why we use so much of this chemical when it has risks.Sputnik: Can you tell us about some of the facts that actually came out during what was called discovery? If we talk about the cigarette industries, and the asbestos industries in the past the facts came out only when they went to trial, and when there was certain documents made public during the process of discovery.

Patty Lovera: Roundup is the trade name. It’s a brand name of a weed killer and the active ingredient is glyphosate and it’s been on the market for decades and it’s widely used for people in their homes.

The man who is the plaintiff in this case was using it as a groundskeeper for a school. Also huge amounts of it are used in agriculture. So we’re really very exposed to this chemical.

And for years there’s been debate in Europe, in the United States with our Environmental Protection Agency and it’s been back-and-forth and round-and-round and the regulators always kind of defer to what the company is saying, which is — we don’t see any problem, we think it safe — and there’s always this concern that we were not getting the full story. And in the course of this lawsuit a lot of documents were released that showed the level of involvement Monsanto had.The way they were really putting their sum on the scale of looking at health risks from this chemical that went as far as they were ghost writing studies and getting academics to put their names on them and publish them.

The really kind of shocking levels of involvement by the company to really either influence the science directly or influence the debate around the science so that regulators wouldn’t feel comfortable taking some action against them.

Sputnik: To what extent have the facts been manipulated by Monsanto?

Patty Lovera: I think we’re still figuring that out. A couple of things have happened all at the same time. It’s gotten very tumultuous. The World Health Organization has a branch that looks at cancer and they decree, they gather up the available science, and they say this is a known carcinogen, this is a probable carcinogen and they say glyphosate was a probable human carcinogen and that put a lot of wheels in motion, including there’s a law just in California called Proposition 65 and if something is put on that list at the WHO as a probable human carcinogen or a known one, you get a warning label.

And so that process started and that kicked in to high gear and there’s a lot of legal action happening there. The Environmental Protection Agency in the US has to do its own cancer research and they’ve been much, much more friendly to Monsanto. I think people are still plowing through what we’ve learned from this trial, but it hasn’t gone as far as that I’ve seen accusing them of falsifying data, but it has been other tactics.There’s a whole level of quality control and scientific papers, and when you look at what the EPA used for their science, they used a lot of papers that were not published and a lot of folks say that they kind of manipulate the pool of data.

So maybe not that it’s false data, but they kind of rigged the system so that papers that might’ve not been as good were given the same weight as higher-quality papers and things like that.

A lot of contact with the staffers at EPA who were running that process, that needs to be called into question. So it is lots of behind-the-scenes maneuvering and then also explicit campaigns to try to discredit the World Health Organization that really got exposed in the trial; of just how much effort went into trying to completely discredit an international agency that looks at cancer risks.

Views and opinions expressed in this article are those of Patty Lovera and do not necessarily reflect those of Sputnik.