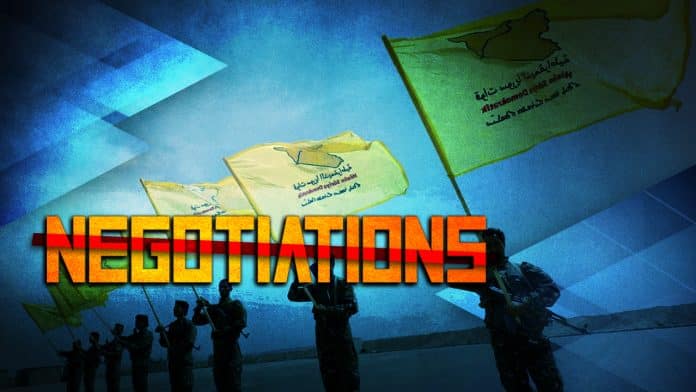 On August 13, Russian air defense forces intercepted and destroyed 5 unmanned aerial vehicles (UAVs) near Khmeimim Air Base in the province of Latakia. According to the head of the Russian Center for Reconciliation of the opposing sides in Syria, Maj. Gen. Alexei Tsygankov, the UAVs were launched by militants from the Idlib de-escalation zone.

Over the past month, UAV attacks on Russia’s airbase have turned into an almost everyday occurrence. On August 12, Russian forces intercepted 2 UAVs and on August 11, one. UAV attacks on the airbase also took place on August 10, July 30 and July 21. All of them were repelled.

The UAV attacks from the Idlib de-escalation zone on Russian military facilities have increased as Hayat Tahrir al-Sham (formerly Jabhat al-Nusra, the Syrian branch of al-Qaeda) and other militant groups are seeing them as one of the very few options to deliver damage to Russian forces and to deliver a PR blow to the Russian military presence in the country.

On the other hand, these attacks show that the de-escalation agreement does not work. Terrorist groups operating in the area are not seeking to join a peace process or surrender. The only thing stopping them from a direct advance on government positions surrounding the militant-held part of the provinces of Latakia, Idlib and Aleppo is the open secret that they will be defeated in any face-to-face battle with the Syrian Arab Army (SAA).

The SAA and its allies have retaken Abu Ghanim Mount and secured the Ruhba area in the province of Rif Dimash in the framework of their security operation against ISIS cells. Additionally, government troops advanced on ISIS cells’ positions in the areas of Ardh Al-Banat, Durs, Shir Tur Al-Hawiyah and Rujm Mughrabah.

At least 17 airstrikes by the Russian Aerospace Forces and the Syrian Air Force on ISIS targets in the Safa area were reported.

Considering the speed of the ongoing SAA advance in Safa, the ISIS presence in the area will be eliminated soon. However, this does not mean that ISIS will no longer pose a threat to the government-controlled area.

The media wing of the Syrian Democratic Forces (SDF) released an official statement commenting on rumors disseminated by the Turkish media that 1,300 members of the Kurdish People’s Protection Units (YPG) and the Kurdistan Workers’ Party (PKK) may participate in the expected SAA operation in Idlib.

The SDF media wing claimed  that these reports are untrue and further stated that there are no negotiations or coordination with “the Syrian regime”. While there is nothing new in the fact that the SDF will not be involved in the expected Idlib advance, there are two interesting moments in this statement:

This situation shows that there is at least a hidden rift within the US-backed group. On the official level, the Kurdish-dominated SDF seeks to maintain its image as a reliable “proxy” of the US in Syria and provides an official media policy based on the MSM text book. This approach, especially when it’s employed roughly, creates the situation that the SDF’s official statements contradict the actions of the SDF and the most influential groups within it, like the YPG, on the ground.