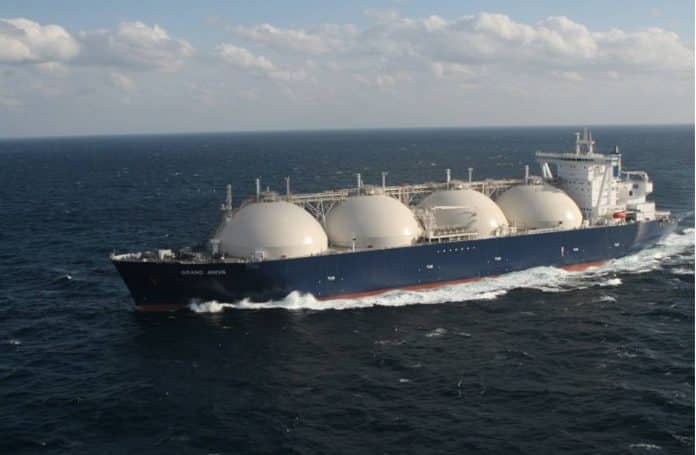 In his latest effort to present himself as bigger than better than all other presidents combined, in stark contrast to the likes of George Washington, Donald Trump has announced that the US will build more than 10 liquid gas ports in the EU. The trouble is, even if he did this, it would not be possible to sustain such a program.

What escapes critical attention is that the US does not have a large enough fleet of special ships to provide liquid gas to Europe. Even under the best scenarios, by the end of the decade the US will have not more than five major LNG export projects operational. Trump’s claims are merely political rhetoric designed to keep the uninformed, and thus deprive them of the informed choice which is the fundamental component of democracy.

The LNG export market to Europe is dominated by Qatar and Australia, who are still serving their existing clients. The US needs long term contracts and economies-of-scale which will match price with continuity of supplyto deliver on Trump’s promises. Those customers with “real interests” are already locked into long-term deals, and either currently have the necessary facilities for unloading and storage or are building them to meet price and real demand.

Yes, Europe’s consumption of natural gas is increasing, and domestic production is falling. Its imports have risen sharply in recent years, and will most likely continue to do so. But supplying gas from the US is easier said than done, and despite Trump saying that America has plenty of it to, “the sea has lots of water, but can you drink it?”

And where is the money coming from? Too many names are already in the hat for large-scale energy and port projects in the region. Ukraine is interested in maintaining and modernizing its own gas transport system and needs approximately 80 billion USD for reconstruction. This is small potatoes compared to what the US would need to spend to construct an alternative network, and Trump won’t pay for that for ideological reasons. So which project would those with the cash rather invest in?

The US does know that all of this is just political promise and counter promise. Others are playing the game too: Jean-Claude Juncker has promised Trump that the EU will buy “significant” amounts of US gas as part of an offering to calm trade tensions. But saying and doing are two different horses, and even experts in the EU know what the reality is, and that Juncker would not have made the offer unless he had a way out, and a way of blaming the US for any problems.

Juncker has said, significantly, that the EU “wants” to import more LNG. What Trump will not accept is that this is only a “declaration of intent”, similar to his ones about bringing back the coal mines in West Virginia.

Juncker knows only too well that Russia can, if it wants, undercut gas prices, as its cost were invested long ago. It would have no problem winning friends by getting into a price war over LNG gas, and can potentially undercut U.S. exports to Europe significantly. It can also have lots of “bang for the buck” in terms of political maneuvering in Western Union in light of all of Trump’s NATO hits.

The EU currently imports 40 percent of its gas, and nearly half of that is provided by Russia. The bloc has long played lip service to diversification of gas and energy resources, but is currently at the latter stages of agreeing the Nord Stream pipeline extension deal with Gazprom. That deal would effectively oblige the EU to enter long-term gas dependence on the Russian Federation.

The US State Department has “a long history of voicing concerns over European dependence on Russian natural gas and promoting US gas exports.” Throughout that long history it could have diversified the EU’s supplies for it by making suitable offers, which would always have been more politically acceptable than any Russian offer. Having failed for two generations, the US is now promising what it can’t deliver and expecting to be listened to because it is the State Department.

The State Department tries this trick every time it is in trouble, as it frequently is due to its talent for exploiting and then alienating its friends. Energy is all about price and continuity of supply, not about closing ranks. The US is a theoretically a trusted partner in trade and national defense but this trust is only at surface level. As for paying for the infrastructure, the EU is reaching its own credit limit; it is not interested in footing the bill alone.

Has not the EU dumped enough money down a rat house with the Ukraine project? Its current gas supply is held hostage to US policy in Ukraine, and that country’s ability to pay its energy bills.

The EU knows well that Ukraine is notorious for apple-pieing energy transit pipelines, as it likes to siphon off gas intended for the Western European market. It must still think it is part of the Soviet Union, when it was supplied with energy for practically nothing.

It takes little imagination to understand why Europe is looking for its own secure supply of gas from Russia. It is not willing to be held hostage to events in Ukraine and American political rhetoric.

It takes only a limited review of the facts on the ground to understand that the only reasonable decision is to continue to cooperate with Russia and give “lip service” to US demands over Ukraine and humor Washington-based Hawks.

The EU must keep all options open for the transit of natural gas in the future, but it is willing to call America’s bluff over possible sanctions if there is closer cooperation with Russia. Before it can threaten anything meaningful the United States needs to construct the export terminals necessary to sell its gas to customers further afield. It is expected to do this in the next few years, but will this be enough to gain new customers, particularly when it needs to address domestic consumption patterns?

The ongoing conflicts Europe is involved in are minor in comparison to the one to obtain Europe-wide energy security. It is all about costs, infrastructure and the ability to back up rhetoric with funding for massive projects.

Oilprice.com had some recent analysis. Ships can be built but a lot of it comes down to economic issues. And the Swedish Defense Ministry did a whole report tracking Russian energy cut-offs for non-commercial reasons. That is where the energy security comes in.

The colder the winters are in Western Europe, the fewer political tensions there are to be resolved, the sooner cooler heads will prevail when it comes to the “hard facts” of European Union Energy Security.