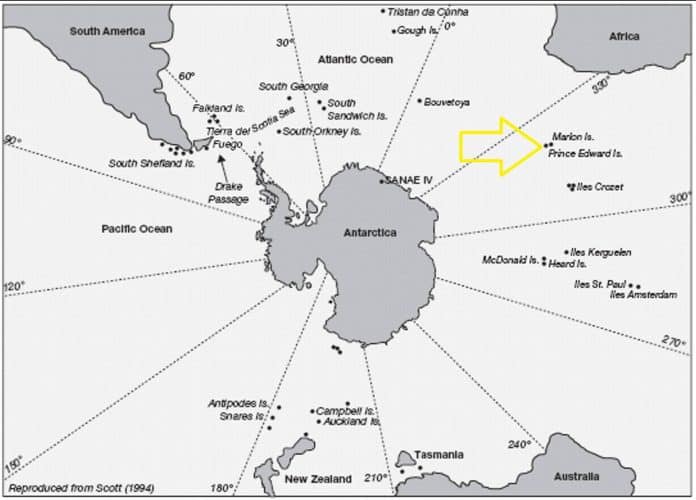 On September 22, 1979, US satellite Vela 6911 detected a ‘double flash’ near the Marion and Prince Edward Islands in the southern Indian Ocean. Ever since, there has been speculation that it was actually a nuclear weapon test carried out by Israel. According to the memoirs of then-US President Jimmy Carter, this was also the assumption of American generals who briefed him on the incident. The official position of the Israeli state is to neither confirm nor deny having a homegrown military nuclear program. 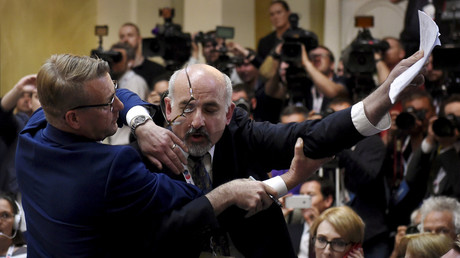 Now a new paper, published in the Science & Global Security journal, says radioactive isotope iodine-131 had been discovered in the thyroids of Australian sheep in the month following the so-called ‘Vela incident.’

Christopher Wright of the Australian Defense Force Academy and nuclear physicist Lars-Erik De Geer, who used to work for the Swedish Defense Research Agency, have analyzed thyroid samples that were sent monthly to the US in 1979. The information on test results was only recently made available to the public under the Freedom of Information Act.

The isotope levels found in the sheep affected by rain four days after the incident, “would be consistent with them having grazed in the path of a potential radioactive fallout plume from a 22 September low-yield nuclear test in the Southern Indian Ocean,” the paper states.

The researchers said that the analysis of weather patterns suggests the fallout plume from a nuclear explosion would have carried over from the test site in the Indian Ocean to parts of Australian territory.

READ MORE: ‘I stood up to the world’: Bibi reportedly boasted that Israel convinced Trump to nix Iran nuke deal

The assumption that a nuclear test took place in 1979 is also backed by the analysis of the declassified “hydroacoustic signal” from US underwater listening devices, the study added.

The research “removes virtually all doubt that the ‘flash’ was a nuclear explosion,” Leonard Weiss, nuclear weapons expert from the Stanford University, wrote in the Bulletin of the Atomic Scientists.

He pinpointed Israel as the responsible party because it was “the only country that had the technical ability and policy motivation to carry out such a clandestine test.” According to Weiss, it was just one of several aerial nuclear explosions performed by the Jewish state, which was detected by the US satellite due to an unexpected change in the cloud cover.

Researchers say the Israeli test was carried out in violation of the Limited Test Ban Treaty from 1963, and urge a large-scale international probe of the incident.

Israeli Ambassador to New Zealand Itzhak Gerberg denied the findings of the research in a comment to the New Zealand Herald, calling them “simply a ridiculous assumption that does not hold water.”

The Vela Incident and it’s fallout upon Australia

UPDATED as @MalcolmFraser12 and bit.ly bundles are both deceased.

My collection of Sites on the Vela Incident (aka: what we do know)

STRIPECHART “SCROLL” NO.15 1957-1983 MELBORNE, AUSTRALIA “EVERY TIME THERE WAS A NUCLEAR TEST IN THE SOUTHERN HEMISPHERE IODINE-131 APPEARED IN THE ANIMAL THYROIDS FROM THAT AREA”

All published material is to be treated as opinion only.

Some of which is only shared to expose various differing views or possibilities of the topic.

Endorsement is not given nor implied unless stated as such.

Should you therefore want to act upon any material here, (eg share it) you should check the veracity of anything written here for yourself and act in accordance to your personal circumstances and whatever your laws allow.