A mysterious Russian satellite displaying “very abnormal behavior” has raised alarm in the US, according to a State Department official.

“We don’t know for certain what it is and there is no way to verify it,” said assistant secretary Yleem Poblete at a conference in Switzerland on 14 August.

She voiced fears that it was impossible to say if the object may be a weapon.

Russia has dismissed the comments as “unfounded, slanderous accusations based on suspicions”.

The satellite in question was launched in October last year. 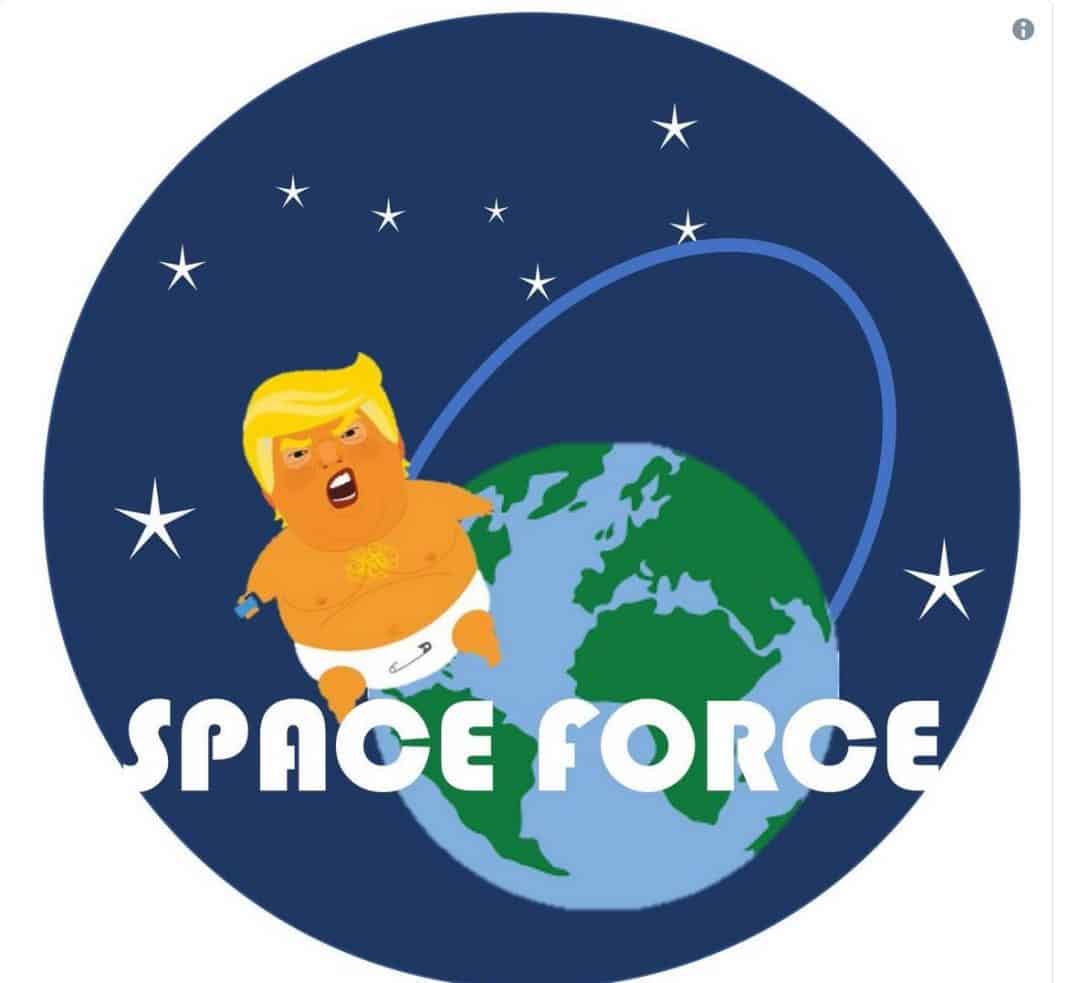 “[The satellite’s] behaviour on-orbit was inconsistent with anything seen before from on-orbit inspection or space situational awareness capabilities, including other Russian inspection satellite activities,” Ms Poblete told the conference on disarmament in Switzerland.

“Russian intentions with respect to this satellite are unclear and are obviously a very troubling development,” she added, citing recent comments made by the commander of Russia’s Space Forces, who said adopting “new prototypes of weapons” was a key objective for the force.

Ms Poblete said that the US had “serious concerns” that Russia was developing anti-satellite weapons.

Alexander Deyneko, a senior Russian diplomat, told the Reuters news agency that the comments were “the same unfounded, slanderous accusations based on suspicions, on suppositions and so on”. 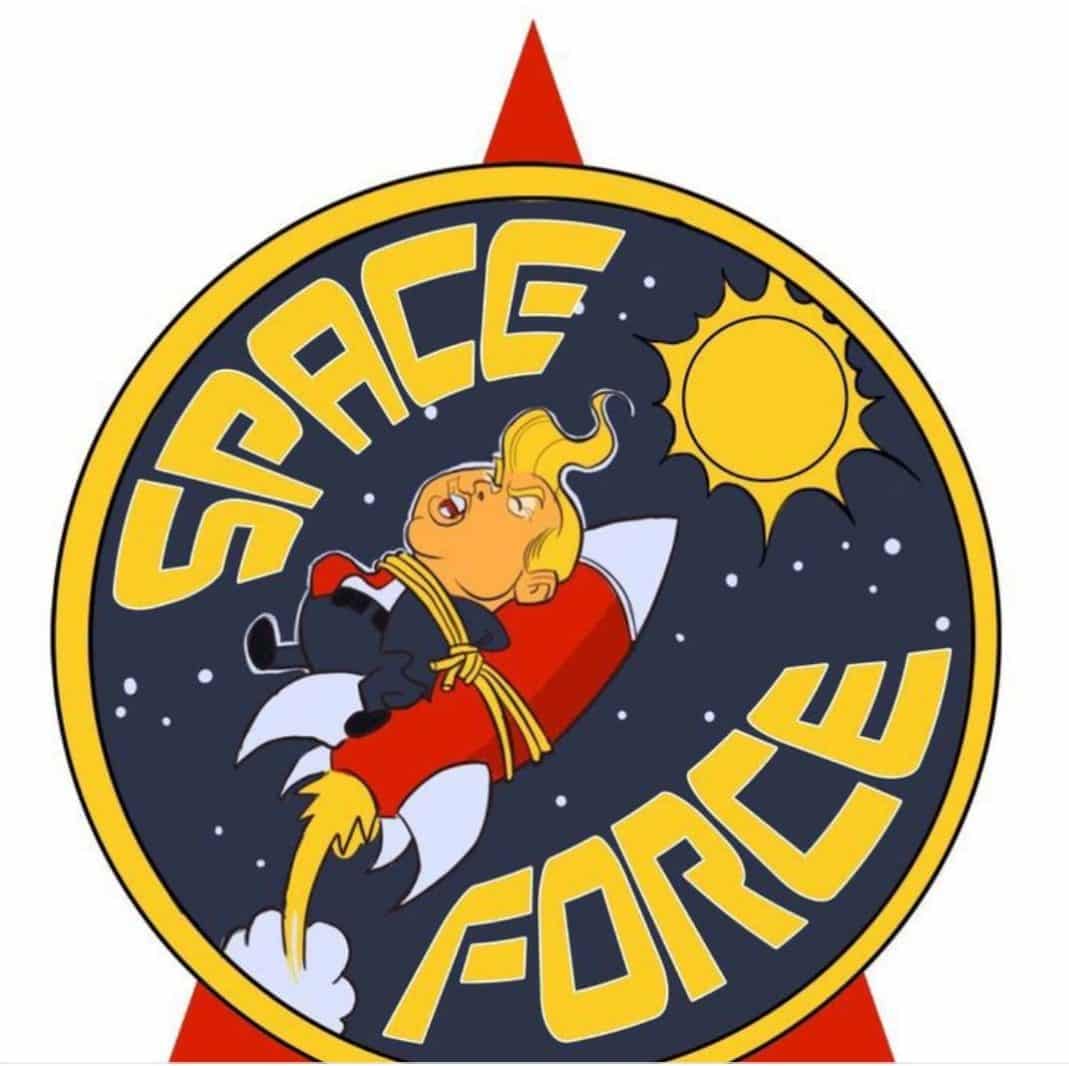 He called on the US to contribute to a Russian-Chinese treaty that seeks to prevent an arms race in space.

Space weapons may be designed to cause damage in more subtle ways than traditional weapons like guns, which could cause a lot of debris in orbit, explained Alexandra Stickings, a research analyst at the Royal United Services Institute.

“[Such weapons may include] lasers or microwave frequencies that could just stop [a satellite] working for a time, either disable it permanently without destroying it or disrupt it via jamming,” she said.

But it was difficult to know what technology is available because so much information on space-based capabilities is classified, she added.

She also said it would be very difficult to prove that any event causing interference in space was an intentional, hostile action by a specific nation state.

“The narrative coming from the US is, ‘space was really peaceful, now look at what the Russians and Chinese are doing’ – ignoring the fact that the US has developed its own capabilities.”

A spokesman for the UK’s Ministry of Defence said he could neither confirm nor deny any tracking of Russian satellites.

“There are a range of threats and hazards to all space capabilities in what is an increasingly contested domain,” he said.

“These include the development of counter-space weapons by a number of nations.

“The UK is working closely with international allies, including the US, to re-enforce responsible and safe behaviours in space and to build knowledge, understanding and resilience.”

A Russian satellite made a series of maneuvers in October 2017 that was “inconsistent” with its expected behavior and marks “a very troubling development,” a top U.S. diplomat said during a speech Aug. 14.

“In October of last year the Russian Ministry of Defense deployed a space object they claimed was a ‘space apparatus inspector.’ But its behavior on-orbit was inconsistent with anything seen before from on-orbit inspection or space situational awareness capabilities, including other Russian inspection satellite activities,” said Yleem Poblete. the State Department’s assistant secretary of state for arms control, verification and compliance. “We don’t know for certain what it is and there is no way to verify it. But Russian intentions with respect to this satellite are unclear and are obviously a very troubling development—particularly, when considered in concert with statements by Russia’s Space Force Commander.”

Poblete’s comments were part of an address made at the Conference on Disarmament in Geneva, Switzerland. The address comes less than a week after the Pentagon announced it would establish a Space Force as a sixth military branch. The Department of Defense released a report Aug. 9 outlining the need for and potential organizational structure of a Space Force. In particular, U.S. officials are worried about advances from China and Russia.

Poblete used the address to highlight the potential threat of Russian space weapons such as anti-satellite weapons or missiles designed to destroy satellites.

“The Russian Ministry of Defense recently announced that its Space Troops have received a mobile laser system which Vladimir Putin announced to the world on March 1 of this year. Russia’s leader himself alluded to space weapons being ‘more acceptable in the political and military respect’,” Poblete said.

She said the purpose of the satellite detected in October remains unclear but that U.S. officials find the development especially concerning after Russia’s Space Force Commanded highlighted the importance of assimilating new weapons prototypes into its Space Force.

In April, the Center for Strategic and International Studies (CSIS) released a Space Threat Assessment report that identified Russia’s space force and anti-satellite technology as one of the significant threats to the United States.

The report pointed to the Soviet Union’s history of developing and operating anti-satellite weapons and the use of rendezvous and proximity operations (RPO), which involves moving a satellite to a target to damage or destroy it, as part of Russia’s advantage as it continues to develop space technology.

Similarly, a report from the Secure World Foundation, also from April, found that Russia is investing heavily in Rendezvous and Proximity Operations, or RPO – the ability to have a system in space maneuver around and interact with another nation’s satellites. However, that report noted there is “no proof” these are disruptive capabilities as opposed to intelligence gathering investments

and from Sputnik Russia:

The US is raising hue and cry about a Russian satellite exhibiting what it considers “abnormal” behavior, heavily implying it is a weapon of some sort. However, the US has repeatedly rejected out of hand attempts to prevent a space arms race via an international treaty and is developing its own hypersonic weapons capable of reaching space.

“We are concerned with what appears to be very abnormal behavior by a declared ‘space apparatus inspector,'” US Assistant Secretary of State for Arms Control, Verification and Compliance Yleem Poblete said Tuesday at a UN conference on disarmament in Geneva, Switzerland. “Its behavior on-orbit was inconsistent with anything seen before from on-orbit inspection or space situational awareness capabilities, including other Russian inspection satellite activities.”

The only certainty we have is that this system has been “placed in orbit,'” the diplomat noted, lamenting, “We don’t know for certain what it is, and there is no way to verify it.”

What’s bizarre is that the US, despite noting that “it is difficult to determine an object’s true purpose simply by observing it on orbit” and that “we have no means of differentiating many objects’ behaviors from that of a weapon,” derives from this lack of information the conclusion that the satellite must be some kind of threat.

Of course, Russia and China have been trying to convince the US and other UN member states to agree to a binding treaty that would head off the imminent space arms race. In 2014, the US rejected the draft Treaty on Prevention of the Placement of Weapons in Outer Space and of the Threat or Use of Force Against Outer Space Objects (PPWT).

‘An Unprecedented Opponent’: Are Trade War, Space Force Creation Driven by US Fears of China’s Dominance?

“Based on the drafting of the treaty language by Russia, there is nothing in the proposed PPWT that would prohibit this sort of activity or the developing, testing or stockpiling of anti-satellite weapons capabilities, so long as it doesn’t damage another object in space,” Poblete noted.

That is why “responsible nations should be considering the practical implementation of voluntary transparency and confidence-building measures and developing norms of responsible behavior for outer space activities, rather than pursuing a protracted and contentious legally binding treaty,” she said.

However, the United States has not proposed any amendments to that draft treaty, noted Alexander Deyneko, a senior Russian diplomat in Geneva, Reuters reported Tuesday.

“We are seeing that the American side are raising their serious concerns about Russia, so you would think they ought to be the first to support the Russian initiative. They should be active in working to develop a treaty that would 100 percent satisfy the security interests of the American people,” he said.

“But they have not made this constructive contribution.”

So in other words, the Americans are angry that the Russians have an object in space they don’t know everything about, and the cause of their ignorance is their own lack of interest in reaching a workable treaty governing weapons in outer space, based on dubious claims about the impossibility of verification. Conclusion? Must be another scary Russian weapon!

Russia launched a “small space apparatus” from the Plesetsk Cosmodrome in June 2017 to be used for “examining the condition of a Russian satellite,” the Russian Ministry of Defense announced last August.

“In the longer term, a research experiment will be carried out to use the space apparatus for examining the outward appearance of that satellite,” the ministry said, noting that it will be “a space platform capable of carrying different payloads.”

The ministry clarified in October that the satellite had been coupled to a larger satellite, Kosmos-2519; it then conducted tests of “controlling the maneuvering defense satellite, ground, and orbital communication systems,” and “methods involving ballistic estimates and new software were employed,” before the smaller satellite returned to Kosmos-2519.

“The space forces proved their ability to ensure the satellite’s automatic undocking from the platform, the remote control of its flight, and the activation of the satellite payload, including surveillance hardware, data transfer to Earth and data processing,” the statement, published in Izvestiya, said.

Meanwhile, as the US raises the alarm over the Russian Defense Ministry “working on creating a mobile attack anti-satellite system” and “no less than six new major offensive weapon systems,” it ignores the fact that it has long since developed most of these capabilities on its own and recently authorized a defense spending bill that allocates nearly half a billion dollars toward a hypersonic missile.

As far back as 2008, the US successfully tested an SM-3 missile for use as a satellite interceptor, blasting a US satellite that was 133 miles up, Business Insider reported.

Further, the 2019 National Defense Authorization Act (NDAA), signed into law on Monday, gives defense contractor Lockheed Martin $480 million to develop a missile that can travel at mach 5 or faster, a contract that follows a previous one in April for $930 million to develop a different prototype, Sputnik reported.