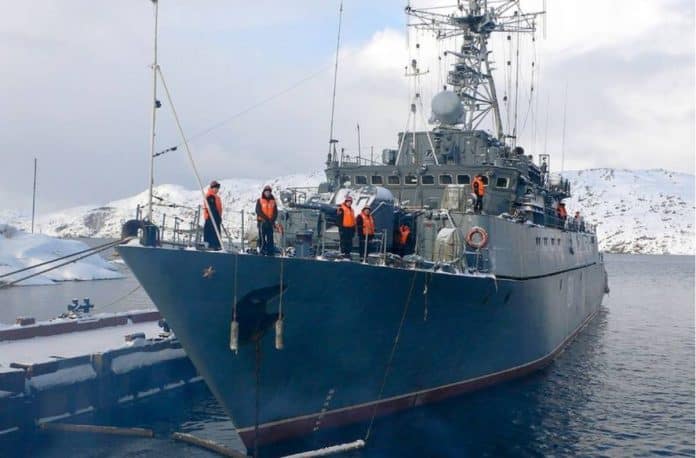 Today, the largest economic states express their interest in the Arctic. Vast natural resources constitute the reason for their interest. Moreover, the Arctic is one of the few places on the planet that have yet to be delineated, because initially the region was not divided between the countries neighboring it. At least five states are claiming national arctic zones: the United States, Canada, Russia, Norway and Denmark. All these countries have access to the coast of the Arctic Ocean.

It should be noted that for Denmark, a small European country, Greenland is a pass to the Arctic club, and Copenhagen’s sovereignty over this island looks very unusual and somewhat resembles the colonial system that collapsed in the middle of the twentieth century. Territorial ambitions of the states may be backed up by different arguments in the future, but it is clear that the main one is the country’s real readiness to actively develop the North.

The Arctic holds a special place in the Russian economy. Over 11% of the country’s gross domestic product and more than a quarter of the Russian exports are provided by the territories where less than 2% of the Russians live. It is here the main mineral resource deposits of the country are located – gas, oil, coal, non-ferrous metals and huge reserves of clean drinking water – one of the main world treasures of the modern technogenic civilization .

The economy of polar projects is ambiguous. The construction and maintenance of one mile of the railway infrastructure, for example, costs about five times more expensive here than in the southern latitudes. However, the cost of liquefied natural gas production is at least a third lower than in Qatar.

Last year, the Energy Information Administration of the U.S. Department of Energy issued its annual review of the energy sector in Russia, which examined the effectiveness of the sanctions policy towards Moscow and the sanctions impact on the implementation of existing and prospective projects on the Arctic shelf. The review indicates the sanctions played a paradoxical role: they increased attractiveness of the Arctic and shale projects at a certain stage, as the Russian authorities changed the tax and tariff policy that made extraction of natural resources in the Arctic profitable business and as a result attracted foreign investors such as Total, Exxon and others.

Today, more and more experts from Washington-based think tanks begin to understand the ineffectiveness of continuing the current sanctions confrontation. Thus, Daniel Fried, who coordinated sanctions in the Obama administration, noted the sanctions package against Nord Stream-2 could damage relations with Germany and President Trump should apply sanctions measures only after coordination with European partners, since every hasty action could damage the relations between the United States and the European Union. The White House was then called upon to avoid imposing sanctions against Russia’s offshore oil and gas projects on the shelf, as too many US financial institutions are tied up for their financing, and the European partners’ unwillingness to go beyond existing restrictions can create dangerous gap in the joint sanctions policy coordination.

Such fears of the former high-ranking American officials who were at the root of the entire sanctions campaign against Moscow are quite indicative, especially amid the growing discontent of Europeans, who bear the main burden of costs as a result of US geopolitical combinations.

At the same time, the trend of transferring key export flows of Russian fossil raw materials noted by the specialists of the Energy Information Administration of the U.S. Department of Energy indicates that there are rational reasons in Washington for believing that the turn to Asia declared by the Russian leadership has long-term prospects. At the same time, the adoption of new sanctions packages pushes Moscow to move in this direction and does not motivate the Russian leadership to give up protecting the national interests, as the Kremlin sees them.