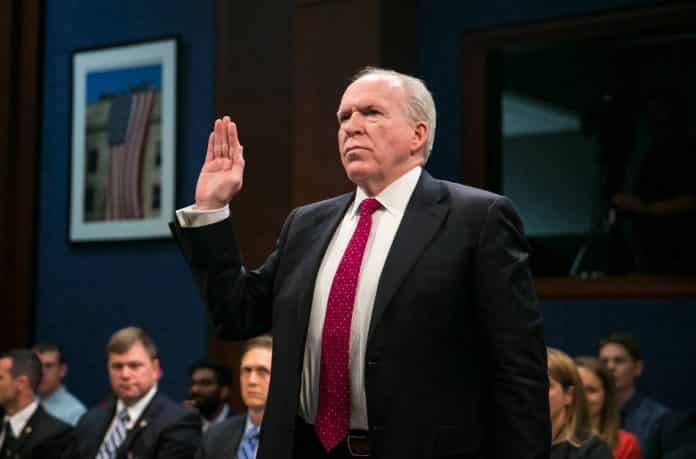 Mr. Brennan was director of the Central Intelligence Agency from 2013 to 2017.

When Alexander Bortnikov, the head of Russia’s internal security service, told me during an early August 2016 phone call that Russia wasn’t interfering in our presidential election, I knew he was lying. Over the previous several years I had grown weary of Mr. Bortnikov’s denials of Russia’s perfidy — about its mistreatment of American diplomats and citizens in Moscow, its repeated failure to adhere to cease-fire agreements in Syria and its paramilitary intervention in eastern Ukraine, to name just a few issues.

When I warned Mr. Bortnikov that Russian interference in our election was intolerable and would roil United States-Russia relations for many years, he denied Russian involvement in any election, in America or elsewhere, with a feigned sincerity that I had heard many times before. President Vladimir Putin of Russia reiterated those denials numerous times over the past two years, often to Donald Trump’s seeming approval.

Russian denials are, in a word, hogwash.

Before, during and after its now infamous meddling in our last presidential election, Russia practiced the art of shaping political events abroad through its well-honed active measures program, which employs an array of technical capabilities, information operations and old-fashioned human intelligence spycraft. Electoral politics in Western democracies presents an especially inviting target, as a variety of politicians, political parties, media outlets, think tanks and influencers are readily manipulated, wittingly and unwittingly, or even bought outright by Russian intelligence operatives. The very freedoms and liberties that liberal Western democracies cherish and that autocracies fear have been exploited by Russian intelligence services not only to collect sensitive information but also to distribute propaganda and disinformation, increasingly via the growing number of social media platforms.

Having worked closely with the F.B.I. over many years on counterintelligence investigations, I was well aware of Russia’s ability to work surreptitiously within the United States, cultivating relationships with individuals who wield actual or potential power. Like Mr. Bortnikov, these Russian operatives and agents are well trained in the art of deception. They troll political, business and cultural waters in search of gullible or unprincipled individuals who become pliant in the hands of their Russian puppet masters. Too often, those puppets are found.

In my many conversations with James Comey, the F.B.I. director, in the summer of 2016, we talked about the potential for American citizens, involved in partisan politics or not, to be pawns in Russian hands. We knew that Russian intelligence services would do all they could to achieve their objectives, which the United States intelligence community publicly assessed a few short months later were to undermine public faith in the American democratic process, harm the electability of the Democratic candidate, Hillary Clinton, and show preference for Mr. Trump. We also publicly assessed that Mr. Putin’s intelligence services were following his orders. Director Comey and I, along with the director of the National Security Agency, Adm. Michael Rogers, pledged that our agencies would share, as appropriate, whatever information was collected, especially considering the proven ability of Russian intelligence services to suborn United States citizens.

The already challenging work of the American intelligence and law enforcement communities was made more difficult in late July 2016, however, when Mr. Trump, then a presidential candidate, publicly called upon Russia to find the missing emails of Mrs. Clinton. By issuing such a statement, Mr. Trump was not only encouraging a foreign nation to collect intelligence against a United States citizen, but also openly authorizing his followers to work with our primary global adversary against his political opponent.

Such a public clarion call certainly makes one wonder what Mr. Trump privately encouraged his advisers to do — and what they actually did — to win the election. While I had deep insight into Russian activities during the 2016 election, I now am aware — thanks to the reporting of an open and free press — of many more of the highly suspicious dalliances of some American citizens with people affiliated with the Russian intelligence services.

Mr. Trump’s claims of no collusion are, in a word, hogwash.

The only questions that remain are whether the collusion that took place constituted criminally liable conspiracy, whether obstruction of justice occurred to cover up any collusion or conspiracy, and how many members of “Trump Incorporated” attempted to defraud the government by laundering and concealing the movement of money into their pockets. A jury is about to deliberate bank and tax fraud charges against one of those people, Paul Manafort, Mr. Trump’s former campaign chairman. And the campaign’s former deputy chairman, Rick Gates, has pleaded guilty to financial fraud and lying to investigators.

Mr. Trump clearly has become more desperate to protect himself and those close to him, which is why he made the politically motivated decision to revoke my security clearance in an attempt to scare into silence others who might dare to challenge him. Now more than ever, it is critically important that the special counsel, Robert Mueller, and his team of investigators be allowed to complete their work without interference — from Mr. Trump or anyone else — so that all Americans can get the answers they so rightly deserve.

John O. Brennan was director of the Central Intelligence Agency from March 2013 to January 2017.

SOURCENew York Times
ATTENTION READERS
Due to the nature of independent content, VT cannot guarantee content validity.
We ask you to Read Our Content Policy so a clear comprehension of VT's independent non-censored media is understood and given its proper place in the world of news, opinion and media.