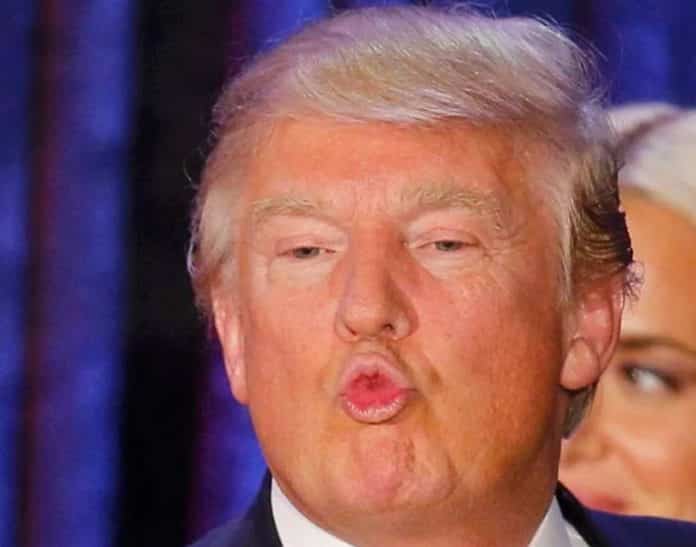 As if having Omarosa heading up veterans’ issues wasn’t strange enough, President Trump started arguing with Vietnam vets about napalm and Agent Orange.

Early on in the Donald Trump administration, the president vested many of his nearest and dearest with tasks they were woefully unprepared for—and Apprentice superstar Omarosa Manigault-Newman was no exception.

Long before she was his chief antagonist, Manigault-Newman was tapped by President Trump to handle veterans’ issues for the White House—causing immediate backlash from vets organizations who read this as a slap in the face and a betrayal of his campaign rhetoric about “taking care of our veterans.”

After some vocal public shaming from military veterans and advocates, Trump, accompanied by Manigault-Newman, met with principals from various vets organizations in the Roosevelt Room on March 17, 2017.

The event nearly degenerated into a uniquely Trumpian trainwreck.

During this White House meeting, certain details of which have not been previously reported, the president managed to again annoy and confuse U.S. war veterans, this time by getting into a bizarre, protracted argument with Vietnam War vets present about the movie Apocalypse Now and the herbicide Agent Orange.

“It was really fucking weird,” one attendee bluntly assessed to The Daily Beast.