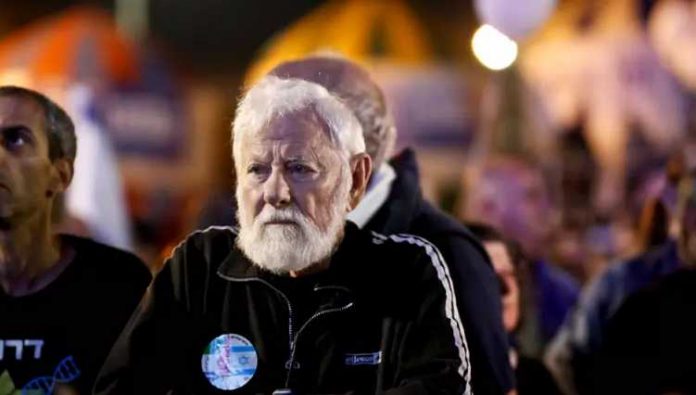 [ Editor’s Note: Uri is down from a stroke, and we just learned this a few minutes ago. We all knew this could happen any moment, but Uri has always been the Israeli opposition energizer bunny. He just kept chugging along.

He is almost 95, and I remember his 90th…hard to believe that was five years ago. But the man served his pen and his cause at and end, when few are still doing so. Although we had our issues with Uri’s unrepentant Zionism, we respected his long and hard battle against the Israeli jihadists, the current Likud Party now.

They will dance the jig if Uri dies, glad to be rid of him – and knowing there is no one to take his place, certainly no one with the personal background he had. We will contact his Gush Shalom people for further news.

Gordon has been away, for a brief trip. The last time all of us were together was at the Damascus Counter terrorism conference, where Gordon spilled the beans on how international organized crime was really running the show, with heads of state often being their lieutenants.

We hope we can keep working as long as Uri did, and never giving up … Jim W. Dean ] 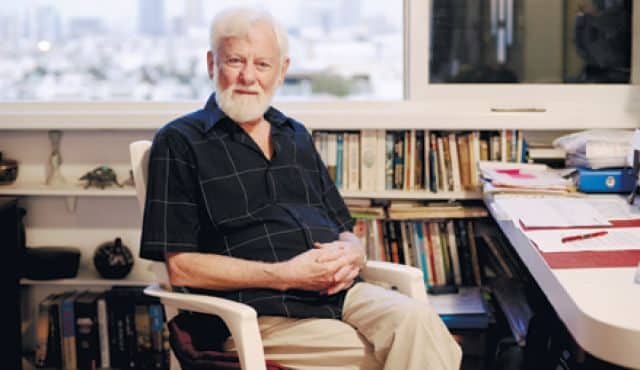 Left-wing peace activist Uri Avnery has been hospitalized in very serious condition after suffering a stroke on Saturday and is said to be unconscious.

Avnery, 94, has written opinion pieces on a regular basis for Haaretz. He is a former Knesset member and a founder of the Gush Shalom peace movement who worked as editor-in-chief of the Haolam Hazeh weekly. He has been an advocate for the past 70 years for the creation of a Palestinian state.

Anat Saragusti, a journalist and human rights activist, who is close to the 94-year-old Avnery, posed a wry comment on Facebook late Wednesday in which she wrote of in part:

“It can be assumed that he won’t write his weekly column this week. He once told me half-kiddingly and half-seriously: ‘If you don’t receive my column on Friday, you should know that I died.’ So he hasn’t died, but he’s not conscious.

In exactly another month, on September 10, he’ll be celebrating his 95th birthday, and an event is already being prepared in his honor at the Tzavta [Theater in Tel Aviv]. I was there today, hoping for the best, fingers crossed.”