This is truly a very Sad Day for every American! Clearly the people’s employee Donald J. Trump has committed crimes against the people of the United States.  This is NOT funny or a time to rejoice. It’s a truly sad moment when all of us need to come to grips with fact that our Employee, Donald J. Trump has committed a serious crime against our USA and system of government that has stood for over 242 years.

With today’s guilty plea by Trump’s lawyer Michael Cohen and his direct confession to the judge that he was directed by Trump to commit crimes and …with Trump’s former Campaign Manager Paul Manafort’s guilty verdict on 8 federal counts, there is just NO DOUBT that Donald J. Trump has committed a crime against the United States.  The only question is…. what is America going to do about it?

This is still the USA and so Trump is NOT above the law. Plain and Simple.

With true sadness and great care, we the people demand our US Congress immediately begin hearings on campaign financing violations by the peoples EMPLOYEE Donald J. Trump with intent to IMPEACH!

I strongly encourage all U.S. Citizens to contact their congressman and demand action to begin process to impeach Donald J. Trump immediately – especially all Trump voters. 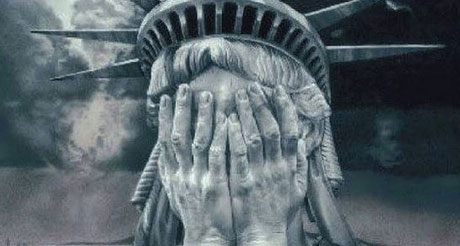 Memo to Trump Voters:  I know this hurts.  You’ve defended the man and his policies.  I  get that!  You may have loved or liked many or all of his policies but still he’s NOT above the law.   So you’re faced with a choice … defend a dead man walking or our country? It’s that simple.  Pick one!

The good news is …..this is NOT in indictment of your person.  You did your best.  Millions voted for this man to lead the country.  However, he failed the country in total and that’s not acceptable to any of us.  Plain and Simple.

So you can believe in the policies of Trump but we cannot break the law. It’s that simple. We all need to find another employee to represent our country going forward. He must go!  But first, he gets his day in court…. so let the hearings begin!