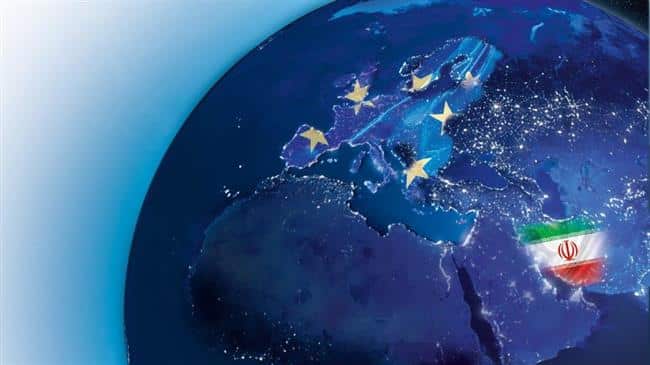 [ Editor’s Note: The EU and the rest of the world are learning a hard lesson for not only allowing the US to have control over the international banking systems, but also the payment settlement structures, like SWIFT.

They gambled that the US could not possibly turn that control into an economic weapon. Germany’s Foreign Minister has virtually admitted that it is the case; and the only option the EU has to regain its economic independence would be to create another settlement system.

This is something that yours truly has been editorializing about for a long time, and the chickens have come home to roost. Trump’s unilaterally breaching the JCPOA and declaring an all-out economic war on Iran begs the question that, if the US is allowed to succeed at this, who will the gun be pointed at next?

To add insult to injury, all the EU NATO countries that have played footsie with both Obama and Trump on the proxy terror war are seeing the new twist, as the US accuses Iran of doing what the US has been doing for years in Syria and other places.

We saw the Qatari ex-PM and Foreign Minister blow this wide open on the Charlie Rose show, when he admitted that $150 billion was spent trying to Balkanize Syria, and that “mistakes were made”. You just can’t make this stuff up … Jim W. Dean ] 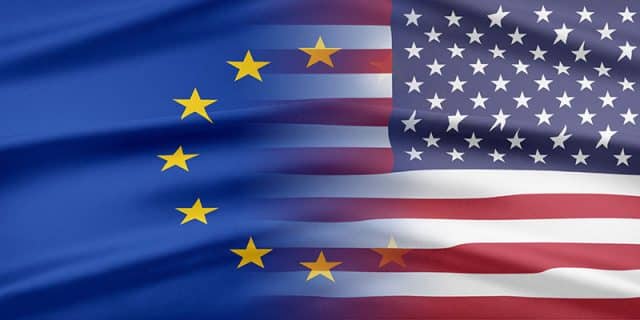 President Donald Trump’s hawkish national security adviser says the Europeans have to make a choice between the US and Iran in observing American sanctions which he claims have been more effective than expected.

US administration officials have said newly re-imposed sanctions are meant to change Iran’s policies, including its role in the region, making a point that they are not aimed at toppling the Islamic Republic.

Bolton boasted that the sanctions are “already having a significant effect on Iran’s economy,” but admitted that they have not led to any change in the country’s policies.

“I think the effects, the economic effects certainly, are even stronger than we anticipated,” he said. “But Iranian activity in the region has continued to be belligerent,” he added, citing Iran’s role in Iraq, Syria and the Persian Gulf.

Iranian officials and ordinary citizens have said the sanctions are aimed at crippling the country. President Hassan Rouhani has said the measures have made Washington more isolated than ever, even among its allies.

A number of European companies have left Iran, losing out to their Chinese and Russian rivals after Trump decided in May to withdraw the US from an international nuclear deal and reimpose sanctions on Tehran.

“Given the circumstances, it is of strategic importance that we tell Washington clearly: we want to work together. But we will not allow you to hurt our interests without consulting us,” Mass wrote in the Handelsblatt business daily Wednesday.

The EU has been trying to arrest an exodus of European companies from Iran, unveiling a “blocking statute” process to shield firms from punitive US measures but the step has not convinced all business entities to stay their ground.

French oil and gas major Total confirmed on Monday that it had notified Iranian authorities of its withdrawal from the multi-billion dollar South Pars gas project after failing to obtain a waiver from US sanctions.

The decision puts Chinese state-owned company CNPC in the driving seat to take over Total’s stake in the $4.8 billion project.

The French oil major owned 50.1 percent of the South Pars project, with CNPC taking another 30 percent and Iran’s Petropars having a 19.9 percent stake

They target Iran’s trade in gold and precious metals; the sale or transfer of other metals like aluminum, steel, or coal; transactions related to Iran’s currency, the rial; the issuance of Iranian sovereign debt; the purchase or acquisition of US dollars by Iran; and Iran’s automotive sector.

A second round is due to take effect on November 4, targeting oil, shipping, and the Iranian Central Bank, where Trump has vowed to bring Iran’s vital oil exports to zero.

Iran has asserted that it will not allow anyone to choke its oil exports. Some of its major clients, such as China, are also on board to maintain and even raise oil imports from the country.

On Monday, Chinese buyers of Iranian oil were reported to have begun shifting their cargoes to vessels owned by National Iranian Tanker Co (NITC) for nearly all their imports in order to skirt US sanctions.

Iran will however have problems for repatriation of its money because the second round of US sanctions will also affect the Belgium-based SWIFT global payment system.

SWIFT has either to win a waiver from the US which is unlikely, or cut off targeted Iranian banks from its network by early November which is more likely.

Last month, Washington rejected a plea by ministers from Germany, France, the UK and the EU to exempt crucial industries from sanctions, including finance, energy and healthcare.

“That’s why it is indispensable that we strengthen European autonomy by creating payment channels that are independent of the United States, a European Monetary Fund and an independent SWIFT system,” Maas wrote in his article.

Maas said Europe should not allow the US to act “over our heads and at our expense” as he called for the creation of a “balanced partnership” with the US in which the Europeans filled the gaps left where the US withdrew from the world.

Europe must “form a counterweight when the US crosses red lines,” the German foreign minister said. Thorsten Benner, director of Berlin-based Global Public Policy Institute, described Maas’s remarks the “strongest call yet for EU financial and monetary autonomy vis-à-vis US.”

They come in the wake of Trump’s decision to impose import tariffs on EU steel and aluminum, and attack Europe’s support for Nord Stream 2, a new gas pipeline that will bring Russian gas directly to Germany.

They also come after Iran urged Europe this week to accelerate its efforts to salvage the nuclear deal.

Vital: 60 years on, lives are still being ruined by the...