VT’s historical research teams, tracking the “Deep State” may well end up, if “Ditzy” DeVos is right, finding them riding dinosaurs.  We are in Venice with them in 600AD: 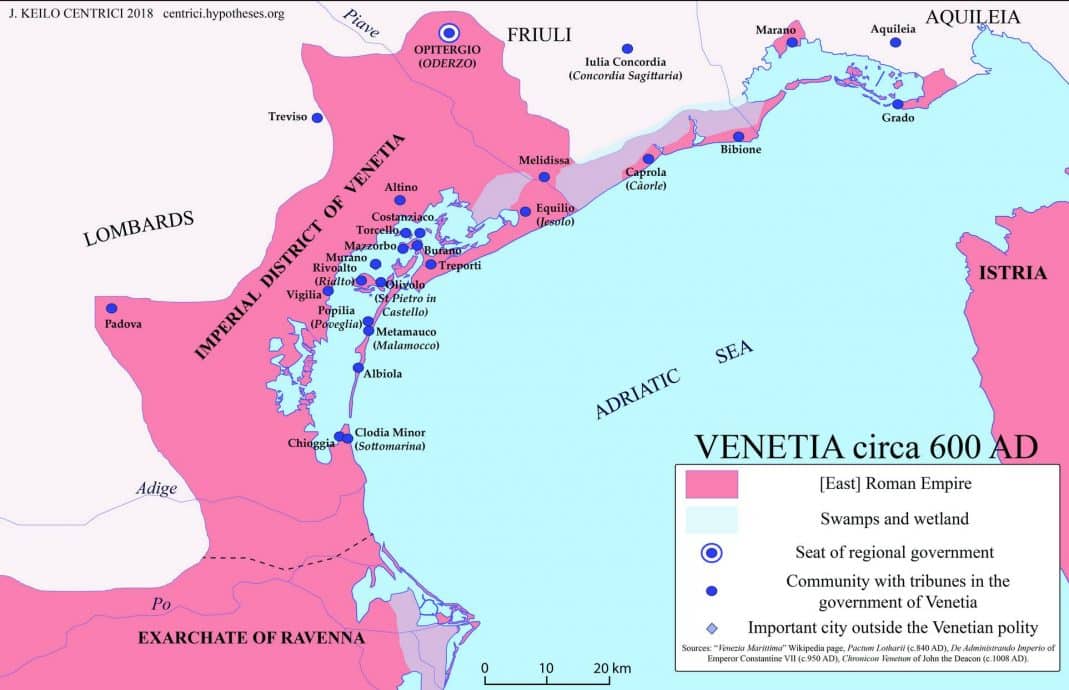 Beyond this, there are no maps, no books, only silly theories about Khazars and “Ash Can Nazis.”  It’s all a “cover and deception” operation, as Jim Hanke calls it, a “blame game” to hide real history and create a fairy tale to teach kids, or rather enslave us all.

Here’s an easy one.  Since the “Iron Curtain” areas were blocked off for a few decades, the entire history of ancient cities in places like Croatia, Slovenia, Serbia, Bulgaria and Romania were erased.  You drive there, you see it all, so much more than in Western Europe, even into Ukraine and Russia.  Even the floor of the Black Sea had more population at one time than Gaul, as we teach today.

Our entire history is a lie, always has been, a dark secret hiding entire eras, faking it all.  I spent years driving around Europe and the Middle East, easily noting that population and settlement patterns as demonstrated by archaeological evidence totally disproves written history.

Back in 2009, VT discovered an Israeli fighter base in Azerbaijan and a ratline to send weapons through Poti, Georgia through the Black Sea.

VT sources unloaded and drove the weapons to the Azeri border to the same base our sources also tell us the operation to shoot down MH17 was run from.

Our sources now tell us that, with the upcoming Syrian move to free Idlib from terrorist occupation, the US is planning to push Iran to war.  First will come White Helmet gas attacks in Idlib followed by bombing by the US, Britain and France.

These nations already gave notice to the UN today, saying they were ready to attack Syria unilaterally based on upcoming White Helmet fake attacks or real slaughter, they do both equally well.

Then the US plans to attack Hezbollah in Lebanon.  At the same time, it appears Putin has been instructed to push Iran out of Syria, almost as though he is a puppet of Netanyahu.

We hate saying this but his lack of resolve in dealing with continual humiliation at the hands of Israel is telling.

Part of what is driving this frenzy is Trump’s upcoming indictment.  His name is already there “subject 1,” as an unindicted co-conspirator in the indictments that led to a guilty plea by Michael Cohen.

There is no way this can be stopped now other than for Trump to issue a pardon to now convicted Manafort, which will still not fix the Cohen problem.

For those who love to talk “Deep State,” one might thing of the Warburgs and Rothschilds, the fake “Ash Can Nazis” who took German sounding names long after fleeing Spain.  This was the real world in 1100 AD: 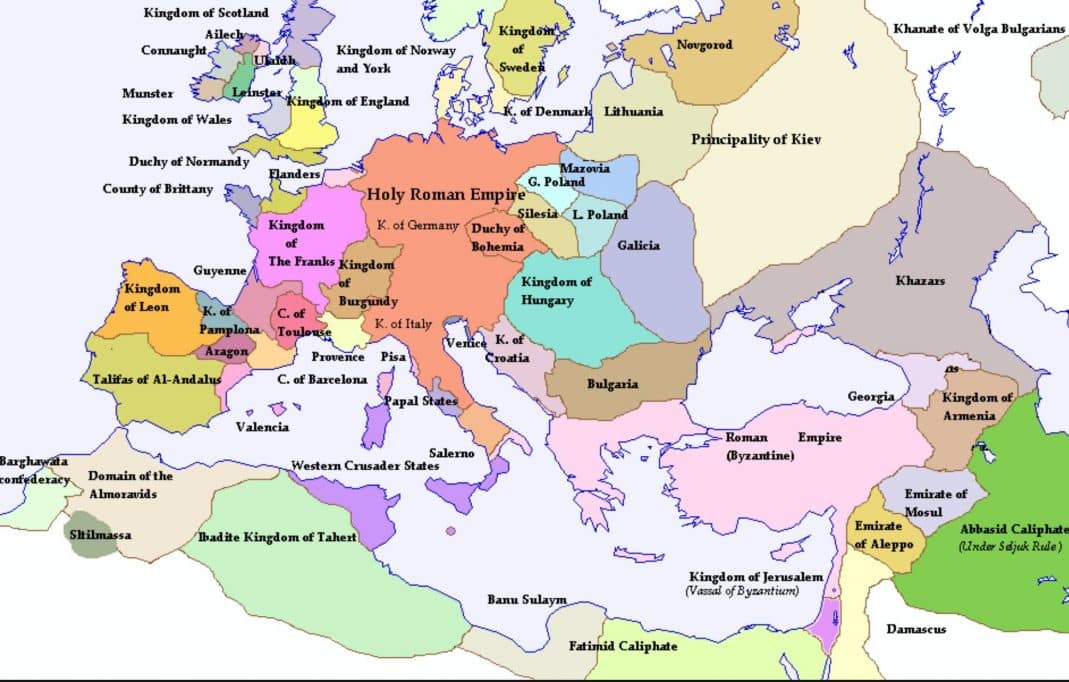 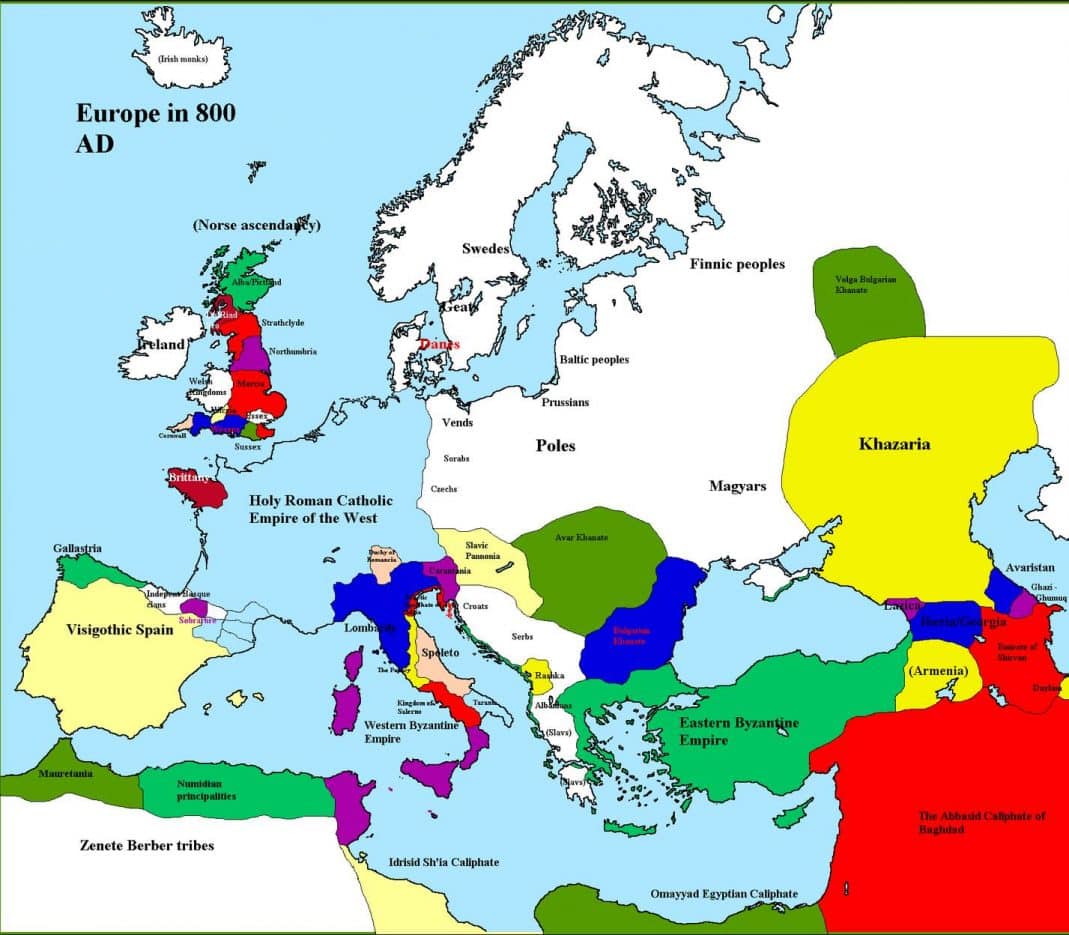 And now a map showing why the Khazars left their homes, got into time machines and traveled back from 1240AD to 80AD and entered Europe to become Ash Can Nazis. 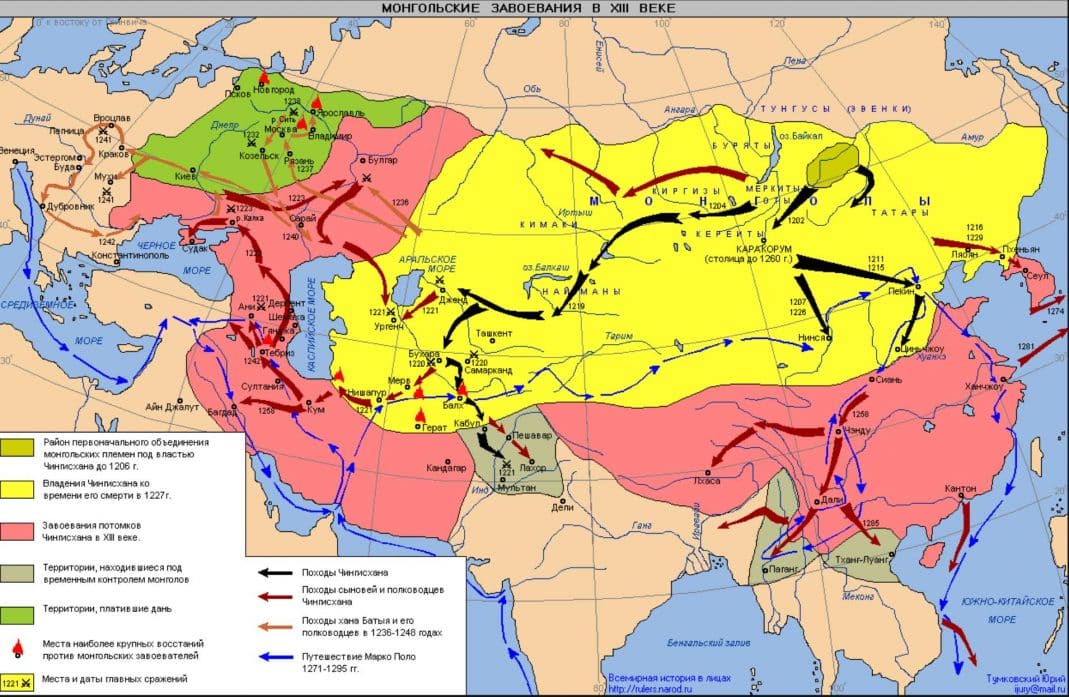 Today, Azerbaijan announced that it is willing to offer its air bases, built by the Soviet Union, in order to support an Israeli attack on Iran.  In 2010, over two years ago, Veterans Today learned that Israeli aircraft had been ferried to Azerbeijan through Turkey.

Now we have evidence that the Turkish government has covertly opened that corridor again and is allowing Israel to traverse Turkey to supply an attack against Iran though President Erdogan has sworn that he has ended all friendly relations with Israel.

We know have evidence that his position was always a ruse, based on Turkish dreams of restoring the Ottoman Empire on the ashes of an “Arab Spring” Erdogan believed would leave the Turkey alone intact.

The story below was confirmed at the time but never carried on any other news service.  Today, Reuters, over two years late, gets part of the story right:

BAKU (REUTERS) – ISRAEL’S “GO-IT-ALONE” OPTION TO ATTACK IRAN’S NUCLEAR SITES HAS SET THE MIDDLE EAST ON EDGE AND UNSETTLED ITS MAIN ALLY AT THE HEIGHT OF A U.S. PRESIDENTIAL ELECTION CAMPAIGN.

PRIME MINISTER BENJAMIN NETANYAHU EXUDES IMPATIENCE, SAYING TEHRAN IS BARELY A YEAR FROM A “RED LINE” FOR ATOMIC CAPACITY. MANY FELLOW ISRAELIS, HOWEVER, FEAR A UNILATERAL STRIKE, LACKING U.S. FORCES, WOULD FAIL AGAINST SUCH A LARGE AND DISTANT ENEMY. BUT WHAT IF, EVEN WITHOUT WASHINGTON, ISRAEL WERE NOT ALONE?

AZERBAIJAN, THE OIL-RICH EX-SOVIET REPUBLIC ON IRAN’S FAR NORTHERN BORDER, HAS, SAY LOCAL SOURCES WITH KNOWLEDGE OF ITS MILITARY POLICY, EXPLORED WITH ISRAEL HOW AZERI AIR BASES AND SPY DRONES MIGHT HELP ISRAELI JETS PULL OFF A LONG-RANGE ATTACK.

The result is a given.  Iran would be in Baku in 48 hours, cutting off all oil and gas supplies to Southern Europe and the Mediterranean as one of the world’s largest pipelines begins there and nearly touches the Iranian border.  Azerbeijan, one of the most corrupt nations on earth, has long been occupied by Israeli military and intelligence personnel and is a way station for drug and human trafficking.

A week ago, Israel leaked to the press that they had permission from Saudi Arabia to use their air space to attack Iran. The Saudi’s quickly denied this.

The effort on Israel’s part was a ruse to cover their real plans, to attack from the Republic of Georgia, close to Iran’s northern border.

However, the breakdown in relations with Turkey after miscalculating the response to their Flotilla raid on a Turkish ship in international waters may have ended this operation.

Israel, whose arms agreements with Turkey mounted to nearly $5 billion dollars over a period of years, had been training pilots in Turkey for bombing attacks on Iran. During these training missions, Israel was smuggling aircraft through Turkish airspace.

Sources indicate that Georgia has become a major transhipment point for narcotics from Afghanistan and other countries in the region. Both a land route through Turkey and into Northern Cyprus and air and sea routes directly into Europe and North America have been cited.

TURKEY HAD ALLOWED ISRAEL TO USE THEIR AIR SPACE FOR TRAINING BECAUSE THEIR TERRAIN CLOSELY RESEMBLED AREAS OF IRAN THAT ISRAEL PLANNED TO ATTACK. HOWEVER, TURKEY WAS UNAWARE THAT PLANES INVOLVED IN THIS EFFORT WERE BEING RELOCATED TO FORWARD STAGING AREAS IN THE REPUBLIC OF GEORGIA, MAKING TURKEY, TECHNICALLY, FULLY COMPLICIT IN THIS PLANNED ILLEGAL ATTACK.

Helping coordinate the attack are intelligence units forward stationed in Azerbaijan, under the guise of technicians, trainers and advisors under the broad armaments agreements with that small nation.

Supply operations, moving necessary ordnance, much of it supplied by the United States under ammunition storage agreements, is being moved through the Black Sea to the Georgian Port of Poti, a major site for exporting coal and manganese ore.

Cover for the supply operations is being performed by the Georgian Coast Guard, set up by Israel and manned with Israeli observers. Their job is to keep Russian surveillance craft away from supply operations under the guise of a “Gaza type” naval blockade of Abkhazia, a separatist province supported by Russia.

Abkhazia and South Ossetia have both separated from the Republic of Georgia and are seeking independence with Russian backing. Georgia attempted to “reattach” South Ossetia with Israeli help in 2008 until Russian forces moved in after the killing of peacekeeping troops by Israeli “commandos.”

US Naval forces began operating in the Black Sea in late May, with the USS Graple (T-ars 53), a service and salvage ship, visiting the George port of Poti for joint military exercises which ended June 8th.

Prior to that, the last US Navy ship in the region was the USS John L. Hall (FFG-32), a Perry class guided missile frigate. A Russian spokesman said, “The US is trying to turn the Black Sea into an American lake.”

The US is also maintaining a training and observation command in Tiblisi, a unit from Ramstein AFB in Germany, that is coordinating air traffic and radar functions.

With regular visits by the US Navy scheduled and ramping up at the same convenient time Israel is building up its arms cache in Georgia for the upcoming attack on Iran, the current debacle with Turkey may have set things back or ended this gambit completely. Turkish air controllers had to know something was afoot when the attack bombers failed to return to the agreed upon flight plans and return to Israel.

A CRITICAL ISSUE, OF COURSE, IS THE S300 AIR DEFENSE SYSTEM THAT RUSSIA HAS AGREED TO WITHHOLD FROM IRAN AS PART OF THE PROGRAM OF SANCTIONS. THE CURRENT TOR 1 SYSTEM, THOUGH ROBUST, CAN BE DEFEATED BY A WELL PLANNED LOW LEVEL ATTACK.

AS THE USE OF GEORGIA MAY BE SEEN AS A PROVOCATION BY RUSSIA, EVEN IF THE ATTACKS NEVER MANIFEST AS ANYTHING OTHER THAN MORE “FIRING BLANKS” LIKE ISRAEL’S TUSSLE WITH HEZBOLLAH IN LEBANON, RUSSIA MAY RECONSIDER THE DELIVERY OF THIS VITAL DEFENSE TECHNOLOGY.

Without the ability to use forward bases in either Georgia, Azerbaijan or Kazakhstan, Israel would be unable to attack Iran at all except by flying a circuitous 4500 mile “each way” route or using the limited capabilities of its nuclear armed submarine off the coast of Iran. It is uncertain how Turkey will deal with the illegal use of their airspace by Israel as relations are already at a low ebb.

With a number of former Soviet airfields spread across Georgia and 4 of 5 fields in Azerbaijan available for operations and support, the region makes a perfect area for broad operations, not only against Iran but for movement of contraband of every variety.