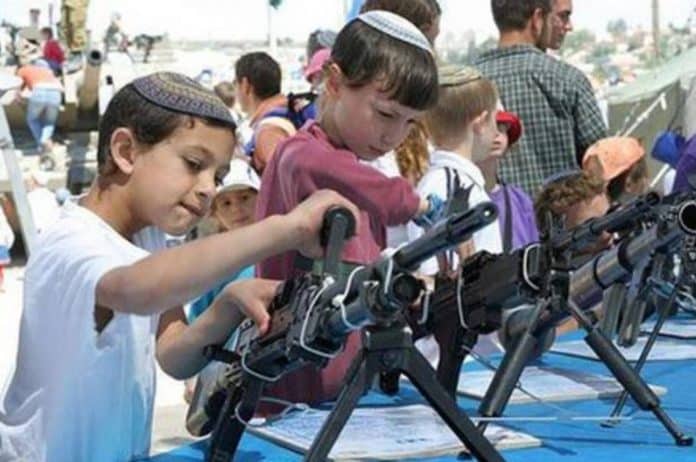 By the Armenian Americans for Human Rights

You may recall the national and international firestorm that broke out in 2007 when Armenian Americans in Massachusetts took action against the Anti-Defamation League (ADL), the most well-known Jewish organization in America.

Colluding with Turkey and Israel, the ADL was denying and/or diminishing the Armenian Genocide and lobbying against its recognition by the U.S. Congress. It is the height of hypocrisy for an American organization to continually demand commemoration of and legislation on the Holocaust while simultaneously working against the same for a Christian genocide.

Over a span of months, the Armenian community, human rights advocates, and many principled Jews expelled ADL programs such as “No Place for Hate” from over a dozen Massachusetts cities because the ADL’s actions contradicted the civil/human rights principles that it claims to uphold. Massachusetts Municipal Association, representing all the state’s cities and towns, also rejected the ADL.

Armenians appreciate, of course, those principled Jewish organizations and individuals, including historians and elected officials, who have always accepted the factuality of the Armenian Genocide and supported its recognition.

A few months ago, the Massachusetts-based Armenian Americans for Human Rights (AAHR) organization sent a copiously documented 24-page letter to Glendale’s Mayor, City Council, and GUSD’s Board of Education and Superintendent. AAHR sent similar letters to several Massachusetts cities which, like Glendale, had previously expelled the ADL.

AAHR’s letter details not only the ADL’s actions against Armenians but also its appalling conduct in American society over the course of decades. The letter concludes by asking Glendale and other municipalities to continue to exclude the ADL from their communities and schools.

However, 2 years ago, Newton, MA schools — whether inadvertently or otherwise — invited in an ADL program despite the fact that in 2007 the city’s Human Rights Commission and then-Mayor David Cohen had ousted the ADL due to its anti-Armenian activities.

Unfortunately — and contrary to the advice of Boston-area Armenian activists who had initiated and continued the 2007-8 campaign against the ADL — a small group of Armenians unwisely rushed in and in 2016 made a terrible deal with the ADL.

The ill-advised deal resulted in ADL CEO Jonathan Greenblatt’s acknowledging — but only on the ADL website’s “blog” page — the Armenian Genocide and claiming that his organization “would support” (not “does support” or “will support”) an Armenian Genocide resolution in Congress.

Only the ADL’s National Executive Committee and National Commission, however, not Greenblatt, can make official ADL policy. It’s unclear whether these two bodies have ever formally done so.

Even a former top ADL leader has called Greenblatt’s 2016 “blog” post “inadequate … assets, land … everything that Holocaust reparations … has represented should be on the table.”

AAHR’s letter also notes that the ADL has never once apologized for its many wrongdoings against Armenians. Nor has the ADL explained, and opened its files regarding, its collusion with a foreign power — Turkey — to sway a U.S.Congressional vote.

Thus the 2016 ADL deal made by a few Armenians was ill-conceived and unacceptable.

As we noted, AAHR’s letter also exposes the ADL for numerous grave transgressions that do not involve Armenian issues. Due to space considerations, we can relate only some of these transgressions here.

In 1993, police raided the ADL’s San Francisco and Los Angeles offices. The Los Angeles Times reported that they seized “evidence of a nationwide intelligence network accused of keeping files on more than 950 political groups, newspapers and labor unions and as many as 12,000 people.”

Classified FBI and confidential police documents were among the seized material. Six hundred miles away in Portland, Oregon, the mayor’s office revealed that it had “received numerous complaints about ADL [spying].”

Among the hundreds of organizations that the ADL reportedly surveilled:

Democratic members of Congress, including Representatives Nancy Pelosi and Ron Dellums and Senator Alan Cranston, were also surveilled, as were journalists. Two shady ADL operatives, Roy Bullock and Tom Gerard, did much of the surveillance.

Roy Bullock, who wiretapped phones and had a desk in the ADL’s S.F. office, was paid ‘under the table’ via ADL intermediaries and a secret fund. Many of his files were also found in ADL offices. Bullock referred to liberal/progressive groups as “Pinko.”

Tom Gerard was a rogue S.F. police officer who worked with the CIA in Central America and possessed numerous phony identification documents. The ADL had introduced Gerard to Bullock.

Police found “extensive information on death squads … a black hood, and photos of blindfolded and chained men” at Gerard’s residence. He violated police guidelines when he gave the ADL confidential police files and driver’s license records. Gerard’s and Bullock’s files were often identical.

Both men searched people’s trash for information. They were “the kings of garbage,” bragged Bullock. “Garbage does not lie.” Gerard said they were “pooping and snooping on people in the U.S.”

Shockingly, the ADL also paid Bullock and Gerard to spy on organizations that opposed the racial segregationist/Apartheid White regime in South Africa. Bullock was also paid by South Africa for such spying.

The S.F. Police said that the ADL was “less than truthful with regards to the employment of Roy Bullock” and that it had not turned over documents as it had promised in 1992. Bullock, according to S.F. District Attorney Arlo Smith, was in fact an ADL employee.

As a grand jury was about to dive into a criminal investigation of the ADL, D.A. Smith settled with the ADL in the fall of 1993. There was speculation that Smith had caved in to political pressure.

The ADL paid a $25,000 settlement and “will not regain possession of documents that contain privileged police information.”
We believe that no legitimate American organization that claims to uphold civil/human rights would ever conduct itself in these ways.

Other lawsuits against the ADL support this belief.

Nineteen plaintiffs filed a lawsuit saying the ADL had violated their privacy rights.

A second lawsuit was filed by African Americans and civil rights organizations including the National Conference of Black Lawyers, the American Indian Movement, the Arab-American Anti-Discrimination Committee, and the Committee in Solidarity with the People of El Salvador.

The suit’s 1999 settlement required the ADL to destroy or redact certain of its documents.

The ADL boasts that it particularly targets right-wing hate groups and the “alt-right.”

Yet the ADL’s “chief spymaster” Irving Suall made a stunning revelation in 1993 that casts serious doubt on this. He was visited by two progressive journalists who actually sympathized with the ADL.

Suall immediately announced that he had dossiers on them, knew “[their] political activities, who [they] work with, and what organizations [they] belong to.”

Suall then dropped this bombshell on the two shocked writers: “The right-wing isn’t the problem. The left wing is the problem … it’s the American left that is the biggest threat to Jews.”

So, publicly the ADL targets the right-wing while its “chief spymaster” admitted that privately it targets the left wing.

Indeed, AAHR cites this noteworthy statement from a St. Louis Post-Dispatch editorial: The ADL “uses fear of hate groups to drum up money during fund-raising drives.”

Perhaps this is why the files of the ADL and their operatives were filled with documents on liberal/progressive/minority organizations which Roy Bullock termed “Pinko.”

Do you know of any genuine American civil/human rights organization that would champion an oil pipeline between two human rights-violating foreign countries?

In 1998, however, the ADL pushed for such a pipeline between Azerbaijan and Turkey.

Frankly, when the ADL engages in the activities that AAHR’s letter documents, diminishes the Armenian Genocide, and helps Turkey defeat Armenian Genocide resolutions, nothing about that organization shocks us.

Police and the ADL

So it will come as no surprise that, as the AAHR letter points out, “the Arlington, MA Police Chief publicly stated that the ADL would provide him with information that was otherwise illegal for his department to obtain on its own.”

This is troubling, especially since it occurred fourteen years after the ADL spy scandal broke in the national mainstream media. Recall, again, that in 1993 the police seized FBI and confidential law enforcement documents from the ADL.

The ADL’s fine-sounding motto is to “… secure justice and fair treatment to all,”

We believe the evidence says otherwise.

AAHR’s letter states that “the designer of any civil/human rights program which a municipality invites into its schools and civil life must have a background that is consistent and beyond reproach.”

We think the facts demonstrate that the ADL fails that test and lacks the necessary moral credibility to sponsor such programs in American schools and communities. The ADL, we believe, is basically just a highly politicized Jewish organization.

AAHR, therefore, encourages principled cities, schools, organizations, institutions, and individuals to not participate, now and in the future, in any of the ADL’s alleged civil/human rights programs and activities.

The Chair of the Massachusetts-based Armenian Americans for Human Rights organization is David Boyajian.

SOURCEArmeniapedia.org
ATTENTION READERS
Due to the nature of independent content, VT cannot guarantee content validity.
We ask you to Read Our Content Policy so a clear comprehension of VT's independent non-censored media is understood and given its proper place in the world of news, opinion and media.