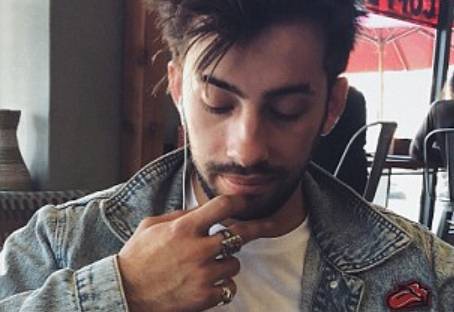 The new revelations, that very attractive and a bit wild by any standards, daughter of B reel Italian horror flick maker, Dario Argento, Asia Argento “raped” a very creepy then 17 year old semi-human “meme” in a hotel room.

Here is what we actually know:

As an aside, I was at a memorial in Vegas last weekend for a Spec Ops vet who died recently,  In a room full of “formers,” CIA, Special Forces, Delta, etc, the hired “local preacher” told us, not about who we were there for but his own struggle, gambling, drugs, sex, depravity and how Jesus gave him a life after he had lived like a total ass for decades.

Well, the rest of us, other than a bit of hard partying, had spent our lives giving, supporting causes, fighting stupid wars and paying taxes, raising kids and had done so all our lives.

I am friggin’ sick and tired of this crap.  Here’s a tweet from Falwell Jr, try not to get sick:

We have been duped into viewing politicians as royalty when our Founders intended them to be only temp public servants. Complaints @realDonaldTrump is not “presidential” are because he acts like one of us-exactly why our Founders fought in Rev War to win independence from royalty

He may well have grown up dipping into the till like his dad, screwing kids, drugs and debauchery but the rest of us haven’t and don’t want to be characterized as such just because “Christians” tend to be psychopaths who can’t take the heat and “turn to Jesus.”

For anyone who has worked in a prison, those seen with the bible under their arms, preaching in “the yard,” they are invariably rapists and child molesters.

Anyway, even for those of us who went to school, got good grades, went to war and have worked all our lives, the idea of being 17 and being “raped” by Asia Argento boggles the mind.

99.999% of 17 year old males would have gladly altered their daily routines to make room for more “being raped” by Asia Argento.

Why then are so many millions of American men crying their puffy little eyes out for the Hollywood freak?  After all, don’t child actors always end up in rehab and later get busted for bank robbery?

How many times have we seen it?

Then again, asking $380k because of “psychological damage?”

What we do suspect is that Anthony Bourdain, Asia’s male friend and defender, was “offed” by those pushing little pig boy to humiliate himself with his attacks on Argento.

Truth is, Bennett, who was a slightly homely and odd looking child, as so many in the entertainment industry are, grew up plain, ugly and without talent.

By those standards, he should actually be doing very well with the exception that his career lacks the “rocket” quality that membership in a noted ethnic group supplies.

How do you think Harvey Weinstein made it?  Talent?  An iota of talent?

Then again, why are we all being assaulted with this?

Could it be that as none of us have lives of our own, we choose to live in a “Trumpian sewer” of losers, malcontents and those who should have been put down at birth?