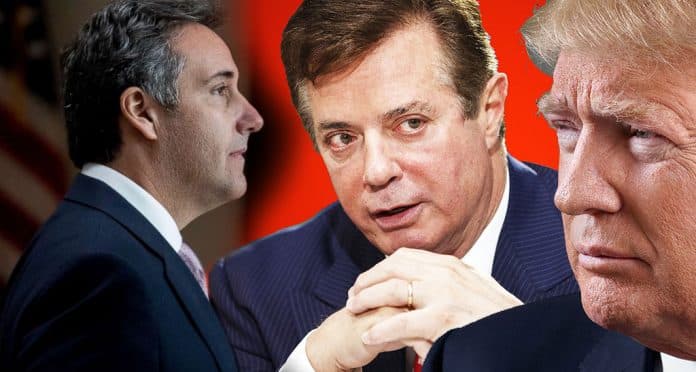 “Those that build foundations on lies, deception and criminal fraud will suffer a collapse 10 times greater than the sum of their sins” Johnny Punish

In light of the Trump’s personal attorney Michael Cohen pleading guilty to campaign finance fraud directly casting Donald J. Trump as his un-indicted co-conspirator and Trump’s ridiculous contemptuous responses to the guilty plea, the coming mid-term election will now be a clear referendum on Trump.

In other words, we get to vote again for U.S. President in a just a few months. This is urgent and will define who were are as country and where we will be going!

What caused this surprising unexpected development is the both the Cohen guilty plea and Manafort guilty convictions for fraud.

Trump could have been presidential and come to the people to condemn the behavior of both and declare justice served but sadly predictable he did his best to blame others.

In the case of Cohen, he condemned him as a “rat” and the worst attorney not realizing that the criminal jackass that hired him was Trump himself. Most of us get how stoopid that sounds.

Unfortunately and with great sadness, I have to say his brainwashed TrumpBots have no path to realize the stupidity of that statement.  Thinking it out will only cause them pain.  So better to just scream “Obama was born in Kenya”

I know, I know it’s awful to witness but this cult in real time but it’s real folks. It’s no joke. The vulnerable among us can easily be conned. It’s just human nature.  P.T. Barnum knew it and Trump definitely knows it.

So it’s up to those of us who are real chiefs in the tribe to protect the most vulnerable among us from such horrible cons and dangers. It is our duty!

At this point, the GOP is Trump’s party.  There is NO GOP.  It is the Trump Party.  Plain and Simple!

Yes, in all its glorious corruption and complete loss of integrity and morality. The GOP have sold their spine to the criminal monster. They knew he was trouble but folded anyway.  What a huge mistake!

So here is the clarity for all citizens……

A vote for anyone GOP is a vote for Trump! Plain and Simple!

A GOP Congress will be unable to impeach the criminal no matter what crimes he engages in; it just does NOT matter. They are all in and have no path to resist his power. They are cooked and done!

A vote for anyone in the Democratic party is a vote for impeachment and removal of the criminal menace that is Trump.

If Congress goes to the Democrats, Trump is out! Plain and Simple!

Assuming the DEMs control the Congress, the criminal monster won’t resign under the weight of the extreme piles of evidence against him and his gang!  His ugly nature is about him not country.

If you don’t believe me, believe the 5 time deferment coward himself who, when called to really serve the country on the battlefield, ran away claiming bonespurs! That tattoo mark of coward is Trump.  He only serves himself.  Those are facts IN DEED!

So expect Trump to pull a Nero and burn the house down. He will not go quietly so it will get very ugly as he will have to be arrested and physically removed from the White House by law enforcement.  Bet on it!  Perp walk is coming!

It will be the greatest collapse and fall of a U.S President in our 240 year history. But the end result will be a cleansed country. Politicians will be affected for decades and decades.

They will think twice about breaking laws and flaunting them in the most ugly un-civil and contemptuous manner. Trump will be an punch line for ugly failure like Nixon was for so many decades.  Generations will use his name to describe a criminal loser!

However, if America choses to keep this criminal in office, then the USA will be a new country and no longer be anything resembling what it once was. It will have surrendered its values to criminality opening up the flood gates to a Pandora’s Box of unknown consequences that will be felt for a half century or more! 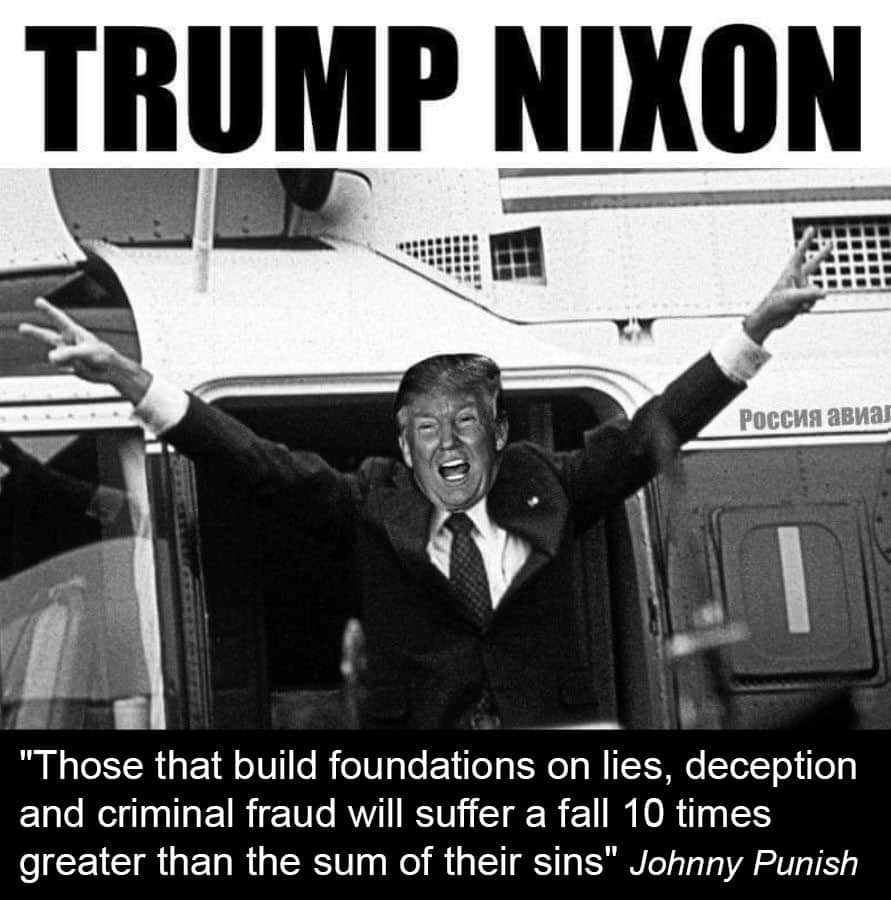 So no joke, this is serious America!  We have to make a choice. There is no time for any of us to sit on the fence and say it’s going to be alright. It’s not if we don’t act.

So make a choice America!

Vote GOP and empower the criminal.

Vote Democrat across the board and remove him from office.

What do you say?

Take our poll below