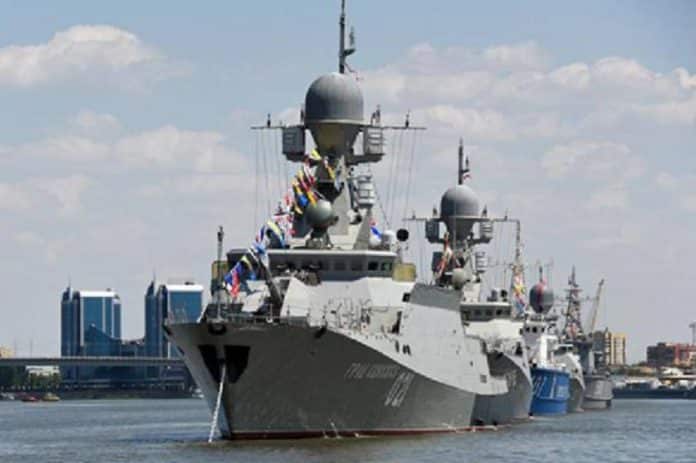 Iranian President Hasan Rouhani gave his Caspian competitors fifty percent of what Teheran used to have during its partnership with the USSR. Many in Iran found this move strange. Why did the Iranian president give up and ensured Azerbaijan with control over disputed deposits in the Caspian Sea? Russia lost its right to veto the construction of pipelines along the bottom of the Caspian Sea. Does Turkmenistan benefit from all this? What did Kazakhstan lose in the deal?

On August 12, the leaders of Russia, Kazakhstan, Iran, Azerbaijan and Turkmenistan signed the Convention on the Legal Status of the Caspian Sea. They agreed that the water area would be divided according to the median principle, which Azerbaijan, Kazakhstan and Russia had previously  used to delimit the border between themselves. Territorial waters and the state border will be designated by the 15-mile zone, plus ten miles – this is a fishing zone with exclusive rights. The rest will be referred to as the neutral/common water area.

The main requirement for any type of construction works is compliance with environmental standards. It is prohibited to deploy military facilities of the countries that do not appear as signatories to the treaty. The parties agreed to divide the water area by concluding bilateral agreements. The countries can lay pipelines along the bottom of the Caspian Sea, and this shall require coordination only with the party, through the territory of which the pipeline will pass. Neighboring states shall only be notified of the route.

The main advantage for everyone is a long-term benefit that arises from the connection to global transit projects “North-South” and “One Belt – One Road.” The treaty marked the conclusion of a genuine Asian integration agreement, taking into account the fact that it involves China and India, as well as Central Asian countries adjacent to the region.

However, it is curious to find out what each party gains and loses from the treaty.

Russia will be able to preserve its fleet in the Caspian Sea, although the Caspian region was proclaimed a zone of peace. It is worth recalling here that Russia launched its Caliber missiles on terrorists in Syria from the Caspian Sea. Russia has also received a guarantee that excludes the presence of the fleet of non-Caspian nations in the region.

A protocol was signed on the procedure for assessing the impact of investment projects on the environment. It means that Russia has an opportunity to delay the construction of trans-Caspian pipelines if they do not meet her interests. This is what certain European countries do today regarding Nord Stream-2.

Russia will have an opportunity to add its natural gas to the gas that goes from Turkmenistan and Azerbaijan to Europe and thus avoid insinuations about Europe’s dependence on Russian natural resources.

Russia will be able to develop the ports of the Caspian Sea, creating more jobs in the region. Russia is to build a deep-water port in the town of Kaspiisk. The port will be able to receive heavy  vessels with a payload up to 25 thousand tons.

Yet, Russia has lost the right to veto the construction of trans-Caspian gas transportation systems.

Azerbaijan has removed the problem of the legitimacy of development of its deposits in the south of the Caspian Sea. When carrying out the border – the median-Azerbaijan divides in its favor the gas fields of Araz-Alov-Shar and Serdar-Kapaz that the country previously disputed with Iran and Turkmenistan.

Azerbaijan has received an opportunity to fully use its pipelines, in particular, the Southern Gas Corridor system to Europe, if a gas pipeline to Azerbaijan is built along the bottom of the Caspian Sea to connect it to TANAP. This gas pipeline provides for the supply of natural gas from Azerbaijan via Georgia and Turkey to the Greek border, where it links into the Trans Adriatic Gas Pipeline (TAP) to Southern Europe. This project has been approved by the EU, and Azerbaijan is thus exempt from the regulation of the Third Energy Package.

Azerbaijan will have to part with Western financial resources for its projects because of cooperation with Iran and Russia.

Iran has preserved military presence in the Caspian region. This is important given that the country has resumed the development of ballistic missiles after Washington’s single-handed  withdrawal from the nuclear deal with Teheran.

Iran has obtained an opportunity to connect its fields to trans-Caspian pipelines with a possibility to mix its gas into the joint gas distribution system.

Teheran will be able to redirect a part of transit cargoes from the Persian Gulf to the Caspian Sea as sanctioned companies have left the Gulf.

Certain politicians in Iran believe that Iran is the main loser in the new treaty. MP Mahmud Sadeqi, for example, wondered whether Iran’s 50 percent share in the Caspian Sea dropped to only eleven percent. The answer to this question is yes, and Iran will have to revise its legislation on the state border in the Caspian Sea (now it’s 25 miles now).

However, Rouhani knows that Iran is in dire need of political partners to break through extraterritorial sanctions of the United States. The convention states that the partners stand against unilateral actions taken by certain countries. This regulation comes in response to Trump’s ultimatum which says that anyone who runs business with Iran will not run business with the United States. Hasan Rouhani and Nursultan Nazarbayev (president of Kazakhstan) held a separate meeting devoted to the activation of economic cooperation. The parties discussed their mutual desire to use national currencies for trade instead of the US dollar.

Turkmenistan has technically received an entry to European markets through the Trans-Caspian gas pipeline. Russia had previously vetoed such an opportunity for Turkmenistan. This is vital for Turkmenistan, because it has abjured cooperation with Gazprom. Turkmenistan’s currency earnings have sharply decreased, the country has faced difficulties in imports of foodstuffs, and the regime neared the threat of popular protests. Turkmenistan is ranked fourth after Iran, Russia and Qatar in terms of natural gas reserves.

Turkmenistan will able to use the new port in Turkmenbashi to the full capacity, which is 25-26 million tons of cargo, 300,000 passengers and 75,000 trawlers a year. This will give an opportunity to export Uzbek cotton to China.

Kazakhstan will be able to diversify its export oil markets that are currently limited to only Russia and China. Azerbaijan will become a key transit hub for Kazakhstan. Kazakhstan’s section of the Caspian Sea contains largest oil fields, such as Tengiz. The Tengiz deposit produced 570,000 barrels of oil a day last year. Another deposit – the Kashagan – has an estimated oil reserve of 13 billion barrels.

Kazakhstan will be able to make the maximum of the port of Aktau, which Astana promised to give to the United States in the past.

As a member of the Eurasian Economic Union, Kazakhstan will receive a duty-free exit to the seas via the Russian transport system.

Azerbaijan, Kazakhstan and Turkmenistan have agreed to Russia’s and Iran’s military presence in the water area of the Caspian Sea. This is definitely a disadvantage, because Russia and Iran are known for their strong opposition to the expansion of the West. They are also considered rivals and even enemies of the West. Therefore, Russia’s and Iran’s neighbors may get into hot water in case of a military conflict.