Watch today’s FFWN above, click HERE for story links and HERE to support us

Vito Corleone must be rolling over in his grave. He coulda run for president! He coulda been a contender!

If Vito Corleone ran for president, would the media mention his mob connections? One would think.

But when “The Don” Trump, whose signature Trump Tower is Global Organized Crime HQ for the entire Western Hemisphere, threw his hat in the ring, did the MSM breathe a word of it? Zilch. Nada. Instead, Trump was inundated with billions of dollars worth of free publicity, deceptively framed as “negative” when it fact it was perfectly designed to cast The Don as a populist antihero.

VT has been screaming this from the rooftops for a couple of years now. And lo and behold, the MSM is starting to catch up. 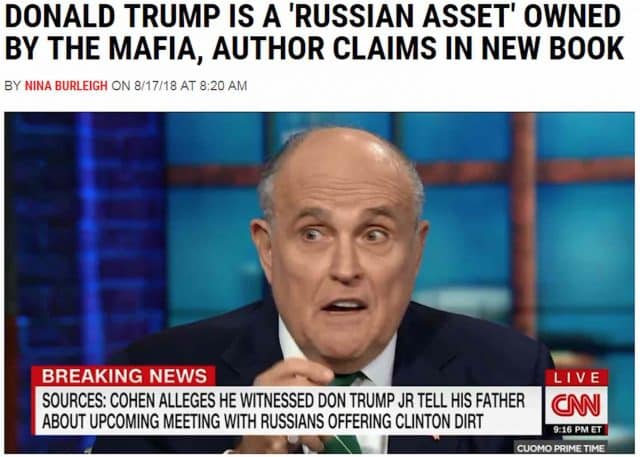 I don’t trust the MSM. I didn’t trust them when they sold us “President Trump,” nor do I trust them now that they seem to be trying to take him down.

But the truth is the truth. That’s pretty much all we care about at False Flag Weekly News.