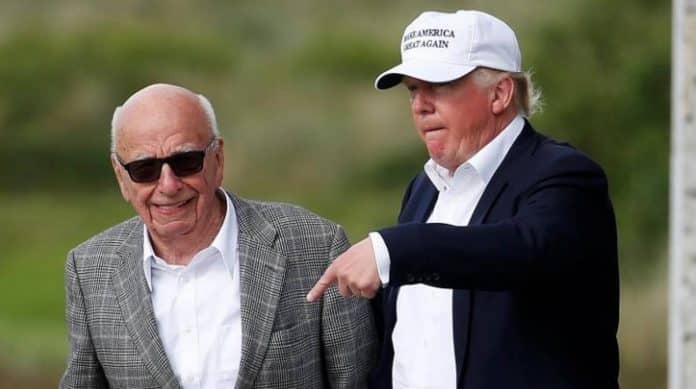 Admittedly, nations have always interfered with the internal affairs of each other where vital national interests apply. In America, dozens of nations spent billions of dollars buying influence, buying journalists, even buying not just members of congress, but congress itself.

Buying something openly for sale shouldn’t be a crime.

Taking this even further, for Russia to do anything else would be insane. With Israel, China, Saudi Arabia and Turkey controlling so much of America’s government, for Russia to ignore what is going on would be insane. It is common sense that sanctions against Russia enhance the commercial interests of those competing with Russia for trade with Europe and the US.

As the most powerful political element in Washington, the Israel lobby has long sold its influence to the highest bidder. No sanction passes without their approval, no bombing mission, no new law, yes, they are that powerful and more so under Trump. At times they exhibit total control of Washington and even the pro and con on every issue, running both the pro and anti-Trump organizations.

Reporting on RussiaGate, as it is called, goes on day after day, always something new, more hacks, more targets, more election rigging or is it all more fake news? Who controls the news, who really controls the news? Perhaps the news itself rigs elections and spreads rumors, promotes fakery and serves foreign interests as well, let’s take a look.

First of all, we might ask why no one, certainly not anyone in the paid media, noted that “non-state actors” as they are called in intelligence and counter-terrorism, are the big players nowadays. After all, it is the media that creates reality, that defines truth, though that effort has now migrated to Silicon Valley moguls who now hire failed academics and journalists who have set up “truth panels.”

Before that, the fake press reported lies, and any academic who taught otherwise or wrote otherwise was a “conspiracy theorist” and faced loss of tenure, though tenure seldom exists in today’s world of rapidly declining academic standards, in the US at least.

A case study for infiltration of US government by a foreign intelligence service, other than Russia, is easy to find. When Australian Rupert Murdoch and his media empire came to America, they clearly bought House Speaker Newt Gingrich in order to have laws changed.

Murdoch is not what he seems to many. For no overt reason he hides his family background, his Jewish roots, massive inherited wealth from his mother’s side, and his Israeli citizenship, things we have sources on that are unimpeachable. It isn’t ethnicity or religion that make Murdoch a threat but rather his strong ties to rightwing extremism in the UK and his backing for the Likudist takeover in Israel.

In the mid-1990s, Gingrich, then the most powerful politician in America, signed a book deal with Murdoch to publish “To Renew America.” Similarly, Murdoch hired Gingrich’s wife and, coincidentally, Gingrich authored legislation that allowed the Fox News network to be bought by Murdoch, the first foreign ownership of a broadcast network, something prohibited by law.

When Gingrich was investigated and his moves challenged, he authored a bill that made Rupert Murdoch an American citizen while still holding his Israeli, British and Australian passports as well. 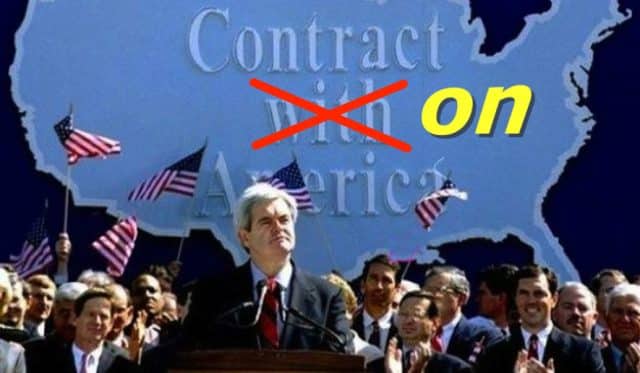 Fox content in both news and their TV and film production glorified Israel and continually depicted Muslims as terrorists. Islamic characters were, generally, cartoonish evildoers right out of 1930s Hollywood westerns. The public ate it up and all that was needed was 9/11 and it was “off to the races,” with Fox and the GOP, with Israel behind them, hand in hand peddling race hatred and war.

In Britain, Fox and Israel’s Mossad became one in the same with the Murdoch empire providing cover identities as “reporters” for intelligence teams that wiretapped Britain’s intelligence agencies, police, military, cabinet members, members of parliament and the royal family.

But, as Murdoch controlled the “spin,” it wasn’t wiretapping or surveillance, it wasn’t blackmailing over pedophile scandals, it was “phone hacking.”

Judge Brian Leveson, who himself has strong ties to Israeli intelligence, led the inquiry against Murdoch that mysteriously went no place.

There is a simple truth behind all of this, that foreign intelligence services, in this case Israeli, have always run things in America. They helped pen the US constitution on behalf of the European banks, they created the American central bank, which has 100% foreign ownership, they started two world wars and the continuing fake war America is fighting around the world today.

Recent months, were attention to have been paid, have taught clear lessons. As institutions are created, they are targeted, they are controlled, twisted and manipulated. The internet, thus, has become a sewer run by Google, Microsoft and Facebook, companies built on Wall Street cash, companies staffed by intelligence service hacks, and companies that now control much of human perception.

Before that, it was Fox in America, and the Murdoch empire of newspapers and radio stations around the world, spewing coordinated garbage that has rigged a hundred elections.

In 2016, whatever Russia did, if they did anything or not, would have come to nothing without Murdoch and his empire, aided by the small players as well, the New York Times, CNN and the closely-knit gang of tiny media moguls, spreading the word.

Any rigged election in the US is done by Fox News, Google and Facebook, not Russia. Look at Jared Cohen, Sean Hannity and Zuckerberg, close friends of Benjamin Netanyahu. These three have no love for Russia, quite the opposite.