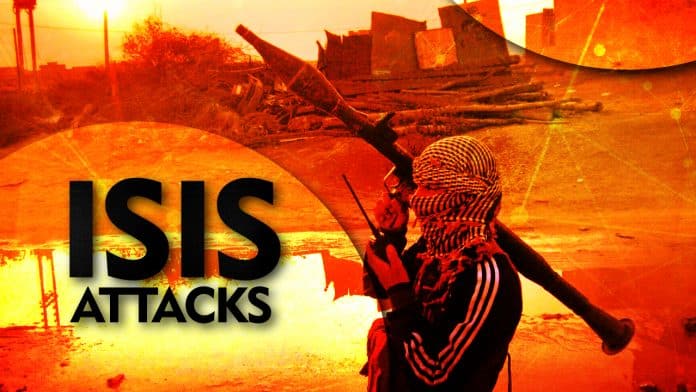 On August 22, an IED blast hit a vehicle of the US-backed Syrian Democratic Forces (SDF) near the village of al-Hawaji west of the Omar oil fields on the eastern bank of the Euphrates. According to the ISIS-linked news agency Amaq, four SDF members were killed in the attack.

Separately, a booby-trapped motorcycle hit an oil truck of the SDF near the village of Juma east of the Omar oil fields. Amaq claimed that ISIS members had captured and executed the truck driver.

In response to the attacks, warplanes of the US-led coalition carried out a series of strikes south of al-Omar allegedly killing several ISIS members in the area, according to pro-SDF sources.

This was not the first time when the terrorist group engaged the SDF in the oil fields area. On August 18, over 20 ISIS members stormed SDF positions near al-Omar. At least 7 ISIS members were killed in the followed clashes.

On August 23, the Syrian Arab Army (SAA) sent another batch of reinforcements including battle tanks and artillery guns to a frontline with Idlib militants. According to a source in the 4th Armoured Division, the limited SAA advance on militant positions can be started by the end of August.

Meanwhile reports appeared that at least 500 former members of various militant groups, which have reconciled with the Damascus government, will participate in the upcoming SAA advance on Idlib. According to reports, all these former militants are currently part of various units of the SAA 5th Assault Corps.

These reports have already caused a new media scandal within pro-militant sources, which have described this situation as another juggling act by the Assad government. SouthFront recalls that one of the key points for militants reconciling with the government is that they have to do their military service, which is obligatory for Syrian men.