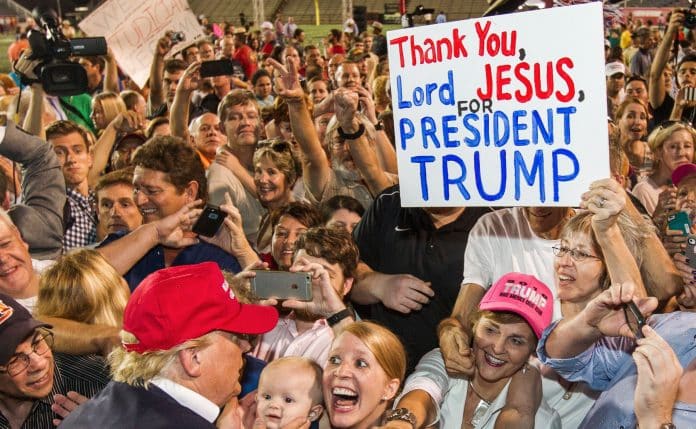 So I belong to as many TrumpBot groups on Facebook; as much as I can possibly handle. The goal is to listen and understand their positions so I get a very clear picture as to why they always look the other way when their savior is an obvious criminal and a vile vulgar liar like we’ve never seen before.

Just for definition purposes the endearing term TRUMBOTS refers to cult members who NEVER critic anything this man does or says.  They are all in.  There is a very different group of Trump Voters who are NOT Trumpbots.  They are willing to disagree on position or even call him out on his behavior.  They just believed he was a better choice than Hilliary and went with it….those are two different groups.  OK?  Now, lets get into this…

Turns out, for TrumpBots, the reason nothing sticks is because he tapped into the pre-Trump pre-fabricated white grievance ideology whereby their narrow minded perceived white grievance lights up their basic instincts of tribal loyalty whereby tribal survival super cedes any and all other things.  Some call it racism, some call it white grievance.  What is it really is…….is an extreme fear that they are losing their dominate European culture and traditions that have defined the USA since the first settlers landed on Plymouth Rock.

Are they right?  Well yes, of course they are right!  The demographics are in play and nothing can stop them.  Evolution is always at work.  It does stop because some people scared.  What has happened is irresponsible leaders have played up these fears for personal gain while the vulnerable became victims of these gambits.

What politicians should have been doing is challenging all Americans to raise their game and NOT default to being victims of the future.  Demographics have always changed in the USA.  This is nothing new.  So making them out to be victims and giving permission to be such is at the highest point of irresponsibility and abuse. 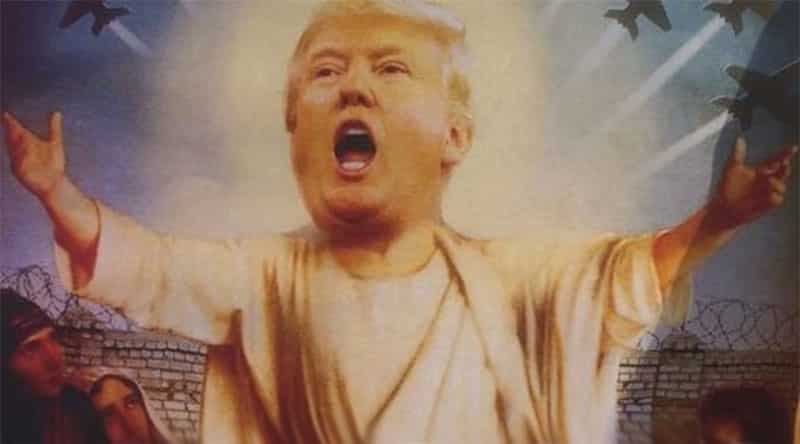 So why does a normal decent moral person who bought into the Trump lie can look the other way when presented with the obvious that Trump is a lying con-man, profiteer and a now, admitted criminal. He is their Trump Jesus and there is NOTHING he can do wrong. NOTHING!  Why?

Trump has always been a racist. That’s documented. But when he played the “birther card” against President Obama, he found his political musical note with the previously small white grievance crowd.

The bull-horn billionaire exploiter played it up taking it main stream.  And now we have 30% of the country buying into this weak victimized non-sense.

Complaining about won’t help because this false narrative become their reality.  It is real to them.  And Trump Jesus is counting on them now more than ever to continue raising him as their Savior so he can save his sorry lying ass from the biggest collapse by a US President in history.

Can TrumpBots be turned around?

Well how hard it is to get rid of cult ethos when one is entrenched?  It can happen.  But mostly, the Kool-Aid has already been swallowed. And so we’re stuck with them and will have to deal with their “whites only” promised land fantasy even after Trump moves on.

I mean, how can a cult member who has faith in Trump Jesus actually see the reality backed by evidence that is actually Trump Gotti?

I mean, Trump’s mob boss ethos threatens, lies, cheats and steals,  it is well noted. It’s out in the open. With great open hypocrisy, he violates his phony self-proclaimed Christian moral codes like a rapist violates his victims calling them whores as he violently commits his crime.  He is the victim and the raped a criminal.  Yep, that’s the definition of a monster!  Yet, he’s still Trump Jesus?  My God!

Clearly he has surrounded himself by criminals who willfully break the law and flaunt it. Do I really need to name them? 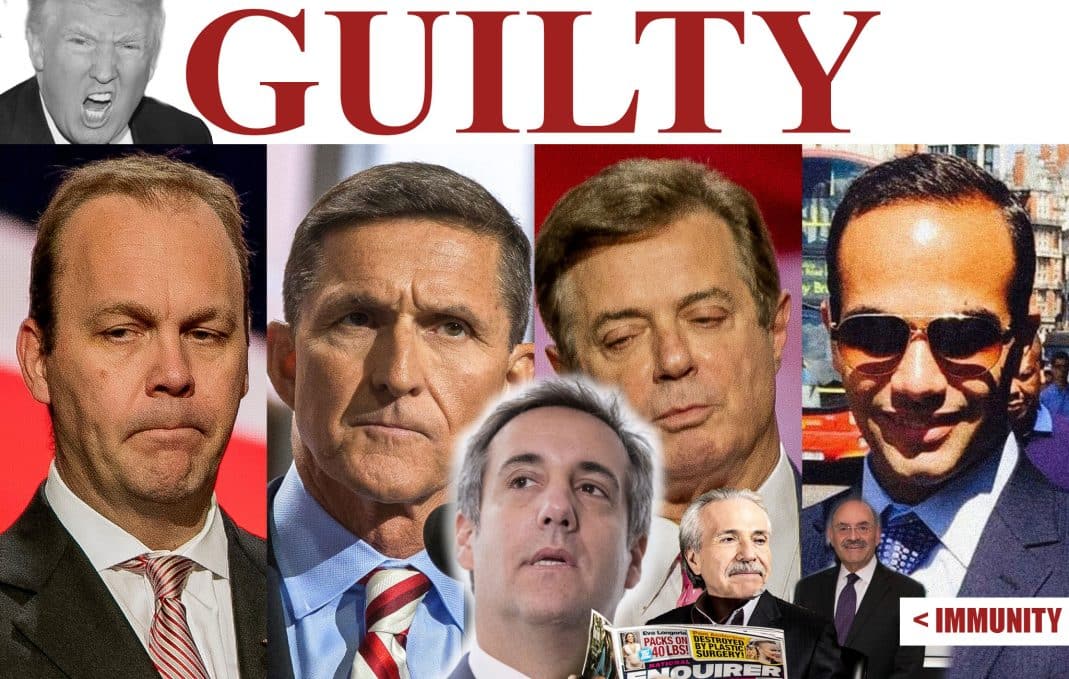 He is very “Dapper Don”. Remember him? Mob boss John Gotti? He was the New York Mafia mob boss who other mob bosses could not stand because he flaunted his contempt for the law publicly by wearing $ 10,000 suits and going on TV making fun of the law just like Trump does today.

The mob bosses pleaded with the the Dapper Don aka John Gotti to tone it down and stop exposing the mob’s activities to the public. Unfortunately his narcissism super ceded any pleas to keep it quiet; just like Trump does today!

And for a while, The Teflon Don, aka John Gotti, got away with it. He ended up getting off on charges after charges skating on technicalities. Except, in the end, he didn’t. He was ultimately convicted and died in prison a broken man who will be forever known as a murdering mafia boss loser.

So lets’ bring forward to the 2018 Dapper Don Trump. He thinks he’s Teflon like his hero Gotti. But is he?

1. Trump Gotti won in 2016 because a bonehead corrupt strategic move by the DNC to destroy their own system and put Hillary as candidate instead of the actual winner Bernie sanders. That stupid horrible action split voters. The angry Bernie supporters stayed home not voting. That gave Trump Gotti the in giving him a narrow electoral college victory that would have clearly been erased if the DEM party voters were unified.

2. Trump Gotti still holds his TrumpBots hostage by their white grievance balls. He knows they have no choice. They must go tribal because they are in deep fear of losing their tribal traditions and so nothing he does will stop them from staying with their Trump Jesus. This immovabale living-in-fear group is 30% of the electorate. They will die on the vulgar and corrupted cross with Trump Jesus no matter what! Period!

3. Come November mid-terms there is NO Hillary Clinton to divide the DEM vote. DEM voters have to simply decide if they want Trump to be President or Pence. They can do that by voting DEM across the board in every election race beating Trump’s 30% at every turn

4. We know independent voters are NOT TrumpBots. Many simply chose Trump in hopes he would be better than Hillary. They are NOT and have never been loyal TrumpBots. They are the key. The independents like me can see the grift because we are not blinded by the jaundice of cult and a foolish phony white grievance movement that has no future. So we are objective. we simply ask the political question. Do we want a criminal as President or a religious weak nutjob like Pence as President and a Democratic Congress to keep him in check until we can get to 2020 and have a new election for President.

So where are we now? Where does that leave us?

Well will Trump Jesus win in November giving Trump Gotti another 2 years to engage in his American Carnage backed by his loyal Trumpbots?

Or will DEM and independent voters render their verdict on Trump Gotti convicting and sending him back to Mar-A-Largo to write his Nixonsonian memoirs so he can sell them on KKK.com called “I am NOT a crook 2.0” while he screams at the TV flanked by Consiglieri Roger Stone reaffirming his boss Don the Con yelling “yeah, you was robbed Don! You was robbed! Pass the Lasagna Donnie!”

We will know by November 6th which way the country decides. 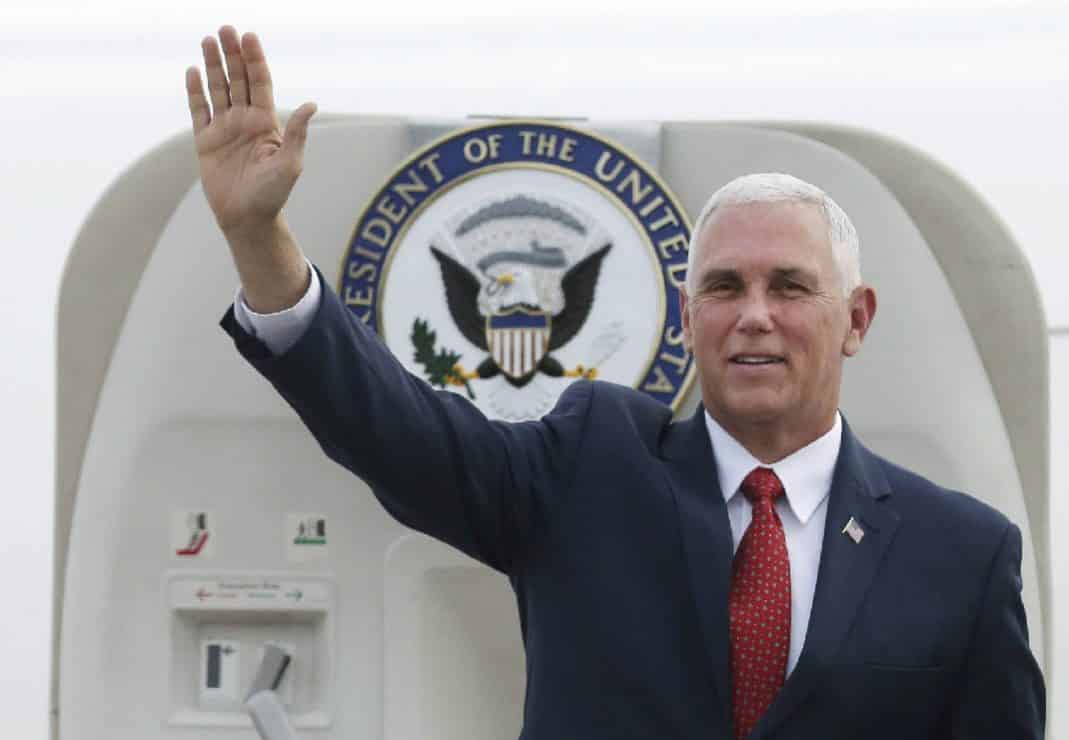 SIDE NOTE:  With great regret, I will be voting MIKE PENCE as US President on Nov. 6th.
As an independent, I will be voting for Democrats across the board so that Congress can impeach criminal racist Trump Gotti and remove him from office.
My hope is a Democratic Congress will keep President Pence in check until we can have a legitimate election in 2020.