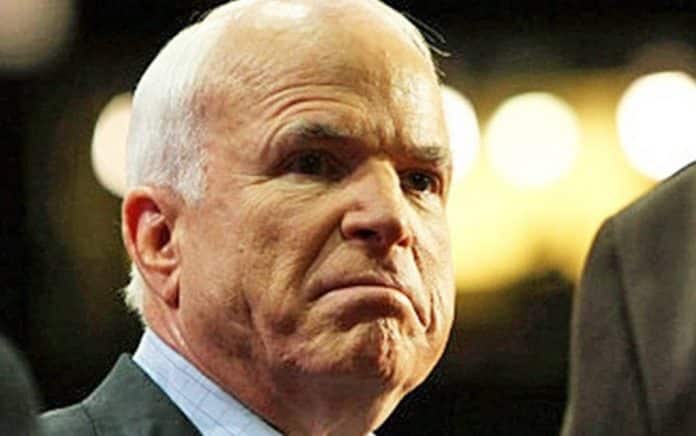 I begin by saying we were foes.  McCain was angry and impatient with POW families.  Worse still, he was a powerful obstructionist when many of us still believed we could get live POWs back from Southeast Asia.

When the bar was held higher, I felt McCain was less a hero, much less, than many whose service was overlooked.

But now, looking at the disaster today, McCain will well be remembered as a giant.  He died with his boots on, certainly, and I forgave him some time ago. I had my own anger.

Where McCain and his friend, Lindsey Graham disappointed, turned away so often, McCain will be remembered as a giant simply because everyone else in Washington is so much less.

He will live on forever or at least until Trump is forgotten.  When the boom drops, we expect that to happen in a matter of days.  “Donald who?”

Well, I don’t have John McCain to kick around anymore.  I know he cost lives, I don’t want to outline it now, it simply isn’t appropriate anymore.

McCain went out so much better than he came.  Trump made sure of that. For that, McCain’s friends and family can thank Trump, for being such an asshole.

Now McCain is equal with the 2 million dead from Vietnam, a list I will be joining. We will all be equal in death, and forgotten as well.  Perhaps that’s how it should be.