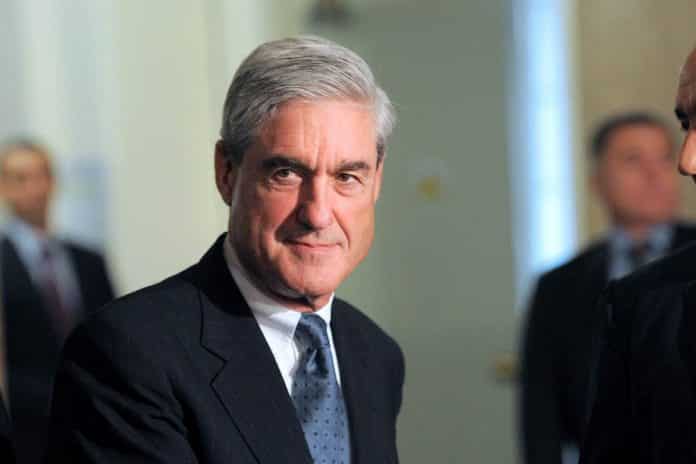 [ Note: This article gave me a chance to get some attention for the elephant in the living room on his whole Russian election interference jihad, which is what it has become, from the perspective that mass media seems totally disinterested in looking into election interference in a broader international and historical scope.

By that I specifically mean who does the most of it, always has, and will always continue to do so with no apologies because it is a “unipolar thing”, and that’s how they roll. That country is the US, followed by the Brits, Israel, and then France and Germany in the West. 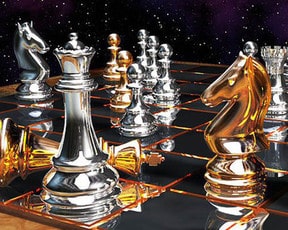 Cyber warfare is a similar situation. The US had a technological jump on everybody else, and used it to its fullest. Those targeted had to ramp up quickly, and now we have these non-stop battlefields running in the background, with selective reporting by Western media.

As we usually do here at VT, we wade into the areas where we see others hesitating, as fake media has abandoned much of the real geopolitical battlefield.

Most of the major mass media powerhouses serve the political agendas that are in their best economic and ideological interest, which is the old fashioned way of doing what the social media giants are now being barbecued for – influencing public opinion.

And when they feign outrage over fake news, they always give themselves a free pass, while accusing selected targets of doing so. Apparently they feel that they can just make stuff up … Jim W. Dean ]

It was a big day to see Paul Manafort tagged with eight felony convictions, and Trump’s lawyer Eliot Cohen pleading guilty in another case, admitting that his acts were directed by Mr. Trump. This is a first in America presidential history.

The Manafort trial was worrisome, as with so many charges, the prosecutors over-loaded the poor jury. So he has now racked up 80 years of possible sentencing, with another trial coming in September where he might get some more; and the judge sent him back to jail.

A 69-year-old man accustomed to the good life will usually do anything to avoid spending the rest of his life in prison. It was reported that he was “evaluating his options” with his attorneys.

Ex-FBI chief Mueller has not invented anything new with his handling of the Trump investigations. When going after a big fish, you cast a big net to catch as many small fish as you can, looking for one that can take you to the king fish. 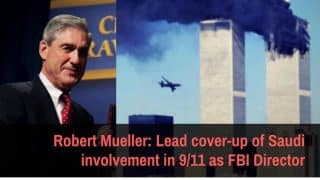 You begin by interviewing all those around the target, and the first to be caught are those breaking the two golden rules. First is never lie to the FBI, as you are guaranteed a five-year felony charge. And if they find out later that you withheld information from them, they will tag you with another five-year charge for obstruction of justice.

General Michael Flynn went down quickly when he got caught lying, taking his son with him, which made him even more vulnerable to being squeezed into taking a plea. Fast forward to Manafort and the president’s own attorney Elot Cohen, who is the holy grail of getting into Trump’s shorts now.

Trump was quiet for a day, but Cohen can do him a lot of damage. He has already offered to testify to Congress without immunity. Expect to see him on the talk show circuit soon, as he has hinted that he has a lot of tales to tell.

Congressional Republicans and legal experts have pointed out the obvious, that Cohen’s charges that he broke laws at Trump’s direction do not make Trump legal toast. Cohen has made a claim which has to be proven, and could end up with charges, but there may never be an actual prosecution.

Trump predictably is digging himself in deeper with ridiculous statements that, even if his campaign had reimbursed the middle-man company that paid off the girls he had affairs with, it is “not illegal”. Then, he made a big mistake. He said he did not know about the payoff, when the Cohen secretly recorded tapes have already been aired where he was discussing one of the payoffs. I sure am glad I am not Trump’s defense attorney.

There is a large body of legal opinion that, at the end of the day, this all may be much to do about nothing, as Trump has two big weapons in his defense toolkit – presidential immunity and his authority to pardon.

Presidential immunity issues have a long history of debate, with general agreement that presidents could not be prosecuted for anything while in office because it would detract from their crucial work of running the country, to the detriment of all, so it was not in the “public interest” to have a president prosecuted.

The counter argument is that we all are equal before the law. The historical discussion has been a theoretical one, as no president has been prosecuted in office; however, he can be after he leaves.

Trump has a get-out-of-jail card in his pocket. The statute of limitations on the charges he would face is five years. Assuming he gets reelected for a second term, that would put him in the safe zone, something I suspect he is already aware of, hence we see his “much to do about nothing” attitude on display.

We cannot say the Congressional Republicans are in the safe zone, as they may be going into the midterms with Trump dirty-laundry blood splattered all over them. They are holding tight on the public line that none of these charges have anything to do with confirming Russian meddling in the election, and that is true, for now. 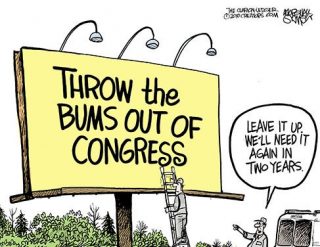 Detractors who claim that none of the scandal so far is a big deal politically are basing that on Trump’s hard core supporters still backing him, as polls show. Even if that is the case, there are two areas where it is having an impact.

First, it is pouring gas on the fire for a record Democratic turnout in the midterms, which I personally will put a good sized bet on that happening. Second, is the overlooked independent voters, who don’t watch Fox News to shape their opinions.

There are solid signs that the independents fear Trump on multiple levels; eg. the philandering scandals, the big trade battles with allies, and continuation of the endless military operations outside the country. They also observe the Trump family getting richer off major countries that Daddy is dealing with, and see the growing body of evidence that America might have its first certifiable sociopath at the helm.

I would disagree with that to a degree. My many years of following the steady US political slide has led me to conclude that the US political system habitually draws some of the most talented sociopaths into high political office. The elite of this group are the criminal sociopaths, for which Trump might become the honorary Godfather.

What cards is Muller holding to play next?

I predict that Mueller is going to reduce sentences for those convicted so he can bring new charges on those closer to the major purpose of the investigation, which is outside election interference. But that does not necessarily mean the Russian government was directly involved, as we have seen nothing but claims so far.

And by interference, I mean not doing anything that the US hasn’t been doing for many years. It’s like spying on each other. They do it, and they always have. When Putin stopped the US NGO support funding to the Russian opposition their numbers crashed. To discuss anyone’s interference in US elections without a comparison with the history of US election interference is a rigged, fake discussion.

Trump has a long history of working with the ex-pat Russian oligarchs, more exactly stated as Jewish Russian oligarchs, as I do not know of a publicly named one that is not. There is a long history of Trump laundering the huge amounts of money they illegally moved out of Russia through Trump’s failing real estate deals. This is widely known in the law enforcement world, and to virtually everyone in the Intel world. In Trump’s early days he laundered New York Mafia money, and they took care of labor union issues for him.

The Russian oligarchs have a long history of ingratiating themselves with powerful people and entities, for example, Israel and its Intelligence arm. They all are dual Israeli citizens; and they have always been open to assisting Israeli intelligence in any way possible to have some credit in the bank for when they might need the Israeli political Lobby to help them out of a jam in a particularly country.

The oligarchs have also been generous in sharing their wealth. They consider paying protection money as just part of doing business, and are by no means the only ones involved in such actions.

I suspect that Mueller is also holding back on some charges that he has been waiting to drop, to encourage others that know they are on the investigation list to contribute what they have to get a good plea deal, rather than their being exposed by co-conspirators where their voluntary cooperation is no longer needed.

We will not have to wait long, as the clock is running out. Remember that charges are not convictions, but when they are made, the indictments will be made public, along with the confessions of those who have rolled over. That is where the tipping point will come, and the American political landscape as we know it will change.