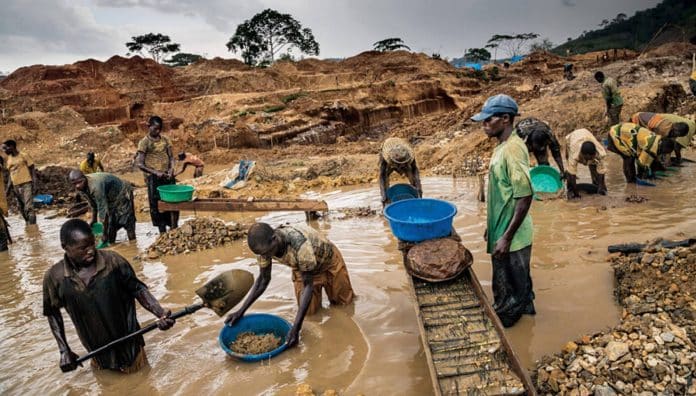 The Islamic Republic of Mauritania, once a desert kingdom, is a large country located in west Africa, larger than Texas and New Mexico combined, with a little over 4 million people. In 1960, Mauritania achieved independence and has been a developing nation ever since. The country has gone through various cycles of governmental change, but in 2009, current President Mohamed Ould Abdel Aziz was elected and has since served very well as president.

President Aziz has been a great reformer and agent of change in this west African nation. In the time that he has served as President some of his greatest accomplishments have been the formation of the G-5, served as the Chairperson of the African Union from 2014-2015, hosted the Arab League in 2016, and more recently hosted the African Union meetings in June of this year. Perhaps the greatest impacts have been the passing of new legislation in 2015, 2016, and 2017 to strengthen anti-slavery laws.

The very first law outlawing slavery was in 1981 and later in 2007 another law was passed. Then in 2015, 2016, and 2017, Mauritania amended their laws to increase enforcement, tighten their laws against slavery, entitle former slaves to be compensated for past services, the creation of courts specifically to hear cases pertaining to slavery complaints, and directed the Gendarme (National Police) the authority to investigate any complaints of slavery anywhere.

There are actually three courts that were established in Noaukchott, Noadibhou and Nema to specifically hear any cases in which any person files a complaint alleging slavery. President Aziz focused specifically to push for change and to fight against slavery. While campaigning recently for his political party, the Union for the Republic, he stated “Mauritania has outlawed slavery. It is a sin of the past and we are a civil nation of laws and we guarantee the rights of freedom for all persons. It is troubling to me that some people make public claims of slavery, but they fail to take the time to report or document it”. Aziz further lamented “all anyone has to do is to call the Ministry of Justice or any local member of the Gendarme and they will investigate any alleged claim and we will bring to justice anyone who violates the human rights of any of our people”. President Aziz was very adamant about ensuring the protection of rights for everyone.

There have only been 20 cases of reported slavery in Mauritania from 2008 to present. All of the reports were actually found to be credible and went to trial and all of the people were prosecuted and jailed over these offenses. It is incomprehensible for anyone to continue to levy false allegations of mass slavery and tarnish the good work being conducted by Mauritania. President Aziz continues to press for reforms and make changes to better protect citizens. If the country was rampant with slavery, there would never be any convictions, or any cases pursued but any time there has been, the Mauritanian government has responded well.

Enter Mr. Biram Dah Abeid, the self-anointed human rights activist who has maligned Mauritania for years and self-promoted himself as a human rights champion. In fact, he has never filed a single case of slavery to the Ministry of Justice in Mauritania and has never exposed any cases of slavery. These fraudulent claims were nothing more than public swipes at the Mauritanian government and to promote himself as a political candidate, thus misusing a charity for his own political gain.

Biram has made a living soliciting funds in Europe and also in the United States to support himself, and underwrite his past failed presidential campaign in 2014, and in preparation for his presidential bid in 2019. The only real problem is the fact that he has painted himself as a savior of slaves for an invisible cadre of slaves that simply do not exist.

Abeid has made unsubstantiated claims that he has freed so many slaves and supported them, yet where is the evidence that he has done so other than to pat himself on the back? He has collected money for his alleged activities and also for his failed presidential campaign. Abeid is also under investigation for collecting foreign funds to support his campaign in violation of Mauritanian laws as well as tax evasion for failing to report all of his income and the sources of it. Foreign donors should be aware that they may become embroiled in a foreign investigation for violating Mauritanian laws of funding campaigns inside Mauritania.

Abeid and his liberal media fans have complained endlessly over his past imprisonment, but these supporters believe somehow that human rights activists are exempt from obeying all of the laws. More recently, Abeid was arrested and immediately liberal media attacked the Mauritanian government over allegations that his arrest was in retaliation for his past activism, yet when the records were checked, he was arrested for assaulting a member of the media.

Mauritania has been severely criticized by liberal organizations seeking to self-promote themselves in order to give credence to their existing causes and further their fundraising efforts. These activists and organizations with agendas are simply using false rhetoric to commit economic blackmail and harm an entire nation for the sake of making money for themselves to sustain their operations.

In 2017, many human rights organizations were invited to Mauritanian and given free range to travel the country to see first hand that there were no cases of slavery. Instead, the groups left Mauritania and issued reports condemning Mauritania claiming that slavery still persisted. Yet, not one group could cite a single case and even more compelling, none of them ever documented and reported a single case or the names of any alleged slaves to the Ministry of Justice or to the Gendarme.

If there are any slaves still in existence, they remain there because the very groups who complain about the issue, do absolutely nothing to bring the cases to justice. Before you give money to any of these alleged groups, ask for the documented proof for all of their claims of slavery in Mauritania. If they ever find a case, press them to follow through and actually make a difference and help Mauritania to enforce the laws instead of making unsubstantiated claims.