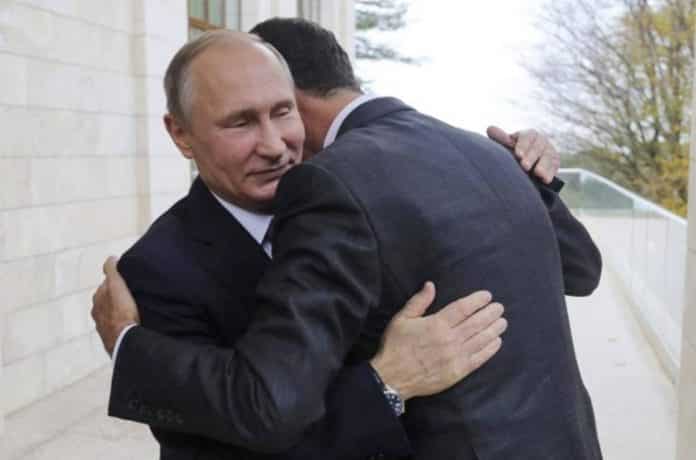 Russian MPs believe that the United States has crossed the red line in the policy of pressure on Russia through sanctions. They alluded to a possibility of deploying Russian nuclear weapons in the Middle East, namely in Syria. “I think that Russia should also draw its own red lines,” first deputy chairman of the State Duma Committee on Economic Policy, Innovative Development and Entrepreneurship, Vladimir Gutenev, said. “It is about time experts should consider option of asymmetric responses to the United States that would level off their sanctions and cause them to suffer counter damage,” the official said.

The MP believes that Russia could deploy tactical nuclear weapons in other countries, for example, in Syria. Russia could also switch to cryptocurrencies for arms deals. To crown it all, Russia may pull out from several landmark treaties with the USA, including the non-proliferation of missile technologies.

Russia should follow the example of the United States and deploy its tactical nuclear weapons in other countries, Gutenev said.

The United States already imposes sanctions on the countries that purchase Russian arms. In the future, the MP believes, the USA may create instances for the companies that want to buy civil products from Russia. In this connection, Russia could consider operations in gold-pegged crypto-currencies. “This would be a very interesting option for China, India, and other countries,” the parliamentarian said.

“When you’re on a boxing ring, you just can’t avoid all the punches without punching your opponent back, especially when boxing turns into martial arts and referees – the WTO and other international institutions – sit on their hands and do nothing,” Gutenev added.

As for the current sanctions, they will not be able to cause serious damage to the domestic defense industry, the MP said. “The import substitution program has shown very good results, alternative suppliers have been found, and the necessary nomenclature base for electronic equipment has been purchased for several years in advance. However, they do not want to slow down the sanctions, this policy becomes inevitable, which is an alarming trend,” he concluded.