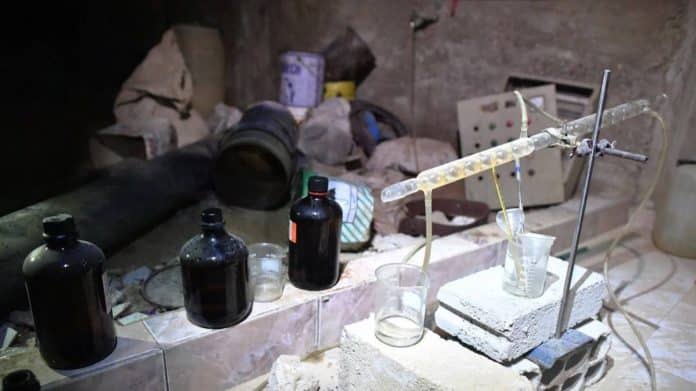 A large supply of chemicals has been delivered to the militants in Syria’s Idlib with the assistance of the White Helmets aid group in order to stage a provocation and blame the Syrian government, Russia’s Defense Ministry said.

The Russian military has received information from several sources in Idlib Province that “a large supply of poisonous agents has been brought to the city of Saraqib on two trucks from the village of Afs,” Major-General Aleksey Tsygankov, head of the Russian Center for Reconciliation of the opposing sides in Syria, said in a statement.

The chemicals were delivered to an arms depot, used by the militant group Ahrar al-Sham, “accompanied by the eight members of the White Helmets organization,” Tsygankov said, adding that the cargo was met by two high-ranked Ahrar al-Sham commanders. 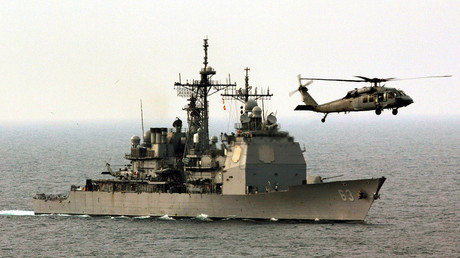 “Later, a part of the load was put in unmarked plastic barrels and transported to another militant base in the southern Idlib in order to stage the use of chemical weapons and subsequently blame the government forces of employing poisonous substances against civilians,” the statement read.

Earlier, the Russian Foreign Ministry warned that the US has been planning to organize a fake chemical attack in Syria in order to use it as a pretext for a strike against the Syrian government forces.

The deployment of USS Ross with 28 Tomahawk cruise missiles on board to the Mediterranean as well as the arrival of other US warships to the Persian Gulf and Qatar were part of the preparations for the attack, it added.

Washington earlier warned that it would respond to a chemical weapons used by Syrian government with retaliatory strikes, which would be stronger than those conducted against the country by the US, the UK and France in April.

That attack was carried out after a report of chemical attack, which came from the White Helmets, an infamous Western-backed aid group that has been caught red-handed working with the terrorists and producing fakes to smear the Syrian government and its allies.

MOSCOW (Sputnik) – Representatives of the White Helmets group have delivered a large shipment of toxic substances to a warehouse used by Ahrar al-Sham militants in Idlib province, Maj. Gen. Alexei Tsygankov, head of the Russian Center for Syrian Reconciliation, said on Tuesday.

“According to information received by the Russian Center for reconciliation of warring parties in Syria from independent sources located in the province of Idlib, a large shipment of toxic substances, accompanied by eight representatives of the White Helmets, was delivered from the village of Afs to the settlement of Saraqib, to a warehouse used by the militants from the Ahrar al-Sham group to store weapons and fuel supplies. They were met by two high-ranking commanders from the above-mentioned illegal armed group,” Tsygankov said at a daily briefing.

“A part of this shipment in unmarked plastic barrels was later transported to another militant base in the southern part of Idlib province in order to stage a false-flag chemical attack and subsequently accuse the government forces of the use of toxic agents against civilians,” Tsygankov stressed.

Russian Deputy Foreign Minister Sergey Ryabkov said earlier on Tuesday that Moscow has called on Germany and the United States to influence the armed opposition in Syria’s Idlib province amid possible provocations with the use of chemical weapons in the area.Ryabkov stressed that the Nusra Front terrorist group, which now refers to itself as the Hay’at Tahrir al-Sham group, was plotting a very serious provocation in the Idlib area with the use of chemical weapons. According to the deputy minister, the White Helmets group in Syria will film a video of the “chemical attack,” and the provocation might be used as a pretext for massive strikes on Syria.

According to the Russian military, chemical weapons provocation, currently being prepared by terrorists in Syria, is aimed at allowing France, the United Kingdom and the United States to carry out a strike on Syrian government’s targets.

For this purpose, USS The Sullivans destroyer with 56 cruise missiles on board arrived in the Persian Gulf several days ago, while a US В-1В bomber carrying 24 air-to-surface AGM-158 JASSM cruise missiles was deployed at Al Udeid air base in Qatar.The White Helmets is a Syrian humanitarian organization that claims to have saved tens of thousands of lives. Both Moscow and Damascus said that the White Helmets had ties with terrorists and extremists. The group’s head, Raed Saleh, said earlier in August that the White Helmets, however, were not linked to any terror organization.

Meanwhile, a senior Russian lawmaker told Sputnik on Tuesday that Moscow was concerned about Washington’s military build-up in the Mediterranean near the Syrian coast.

“The United States is strengthening its naval task force in the Mediterranean Sea not far from Syria. This is done to prepare for the strike. So, it should be expect that in the event of a provocation and a decision to deliver strikes against Syria, the missiles will be launched both from the air, and from the sea,” Alexei Kondratyev, deputy chair of the Federation Council Committee on Defense and Security, said.

READ MORE: State Department Says US Will Respond to Chemical Weapons Use in Idlib, Syria

At the same time, Kondratyev expressed hope that Russia’s warnings about the forthcoming provocation with the use of chemical weapons in Syria will “be able to cool the hotheads down and convince the coalition to avoid the strikes.”