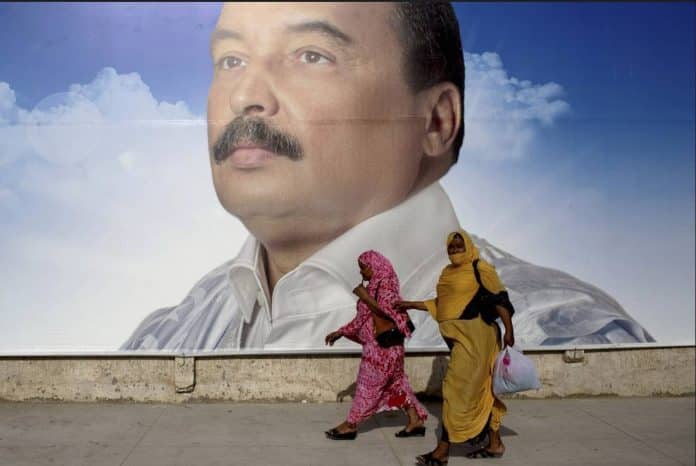 In 2005, General Mohamed Abdel Aziz brought an end to years of oppression, slavery, rampant corruption, and severe economic hardships for the people of the Islamic Republic of Mauritania. He is a man of great personal conviction who had the vision to bring about great changes in his country knowing that he would personally suffer criticisms both domestically and abroad.

In the last ten years, President Aziz has tackled so many tough issues with great results. Corruption had been at an all time high and permeated throughout the Mauritanian Government. Under Aziz’s Presidency, a number of high ranking government workers have been terminated and some jailed for committing theft and corruption within their respective offices. This sent a clear message throughout the government that the new President would not allow corruption within his administration.

Individual freedoms have grown from increased protection and additional legislation in 2015, 2016, and 2017, that amended the laws to increase enforcement, tighten their laws against slavery, entitle former slaves to be compensated for past services, the creation of courts specifically to hear cases pertaining to slavery complaints, and directed the Gendarme (National Police) the authority to investigate any complaints of slavery anywhere.

In the past, freedom of expression did not exist and automatically netted anyone that differed with the government a quick trip to prison. Under President Aziz’s administration, people have been allowed to openly express their views on television, radio and in the newspapers. With any democracy, there is an evolving process and even the citizens must learn what their rights are and learn to exercise them prudently without violating the rights of others.

Security is a huge issue that President Aziz has also tackled. Under his leadership, terrorist attacks have been vastly reduced and his military and intelligence agency have ramped up their efforts to stamp out any kind of terrorism. This led President Aziz to form the G-5 with Burkina Faso, Chad, Mali, Mauritania and Niger. The regional cooperation of combined security and intelligence agencies has been hugely successful.

Political parties have increased and developed across the nation and they are free to organize and debate issues. There has been an increase in the political process and more citizens engaging with the parties and the government as the stakeholders all work towards resolving issues and making Mauritania better for all.

Even though Mauritania is a Muslim country, people of other faiths including Christians and Jews are welcome and do reside and work inside Mauritania. Religious freedom is welcome, as long as people of all faiths respect each other and do not engage in attacking others’ beliefs.

In a recent interview with President Aziz, he indicated that his top priorities within Mauritania that he achieved were:

For a man who chose a military career because he cared about taking care of his country and his people, and ensuring peace in the region, President Aziz had a destiny to become an agent of change. He has lived up to that challenge and exceeded what most of his critics said could not be done. The proof is in sight everywhere inside Mauritania.

President Aziz took on centuries old cultural practices including slavery and ensured they were abolished and has pressed hard for the full prosecution of any citizen if they enslave anyone or engage in human trafficking. He has pressed for greater inclusion and the right to vote and participate in the political process by all citizens.

The Mauritanian Constitution is sacred to President Aziz. He stated “it is the most important thing to me after the Quran. It represents our guiding principles and it is our future for all”. Indeed, President Aziz is very proud of his strong advocacy for personal liberties and freedoms.

The Union for the Republic (UPR) is the official political party of President Aziz. Mr. Diafara Camara from the Executive Office of the UPR expressed his sentiments about President Aziz by stating “Our party is one that represents all Mauritanians, rich or poor, we exist to ensure that everyone has the same equal opportunities. We invite everyone to join us and support President Aziz as he continues to do a great job for our country and our people”.

Mauritania is a beacon country from the Maghreb that is still transitioning toward a full democracy. The success of the country is dependent upon all citizens who lend their hand to support the leadership and vision of a great President like Aziz.