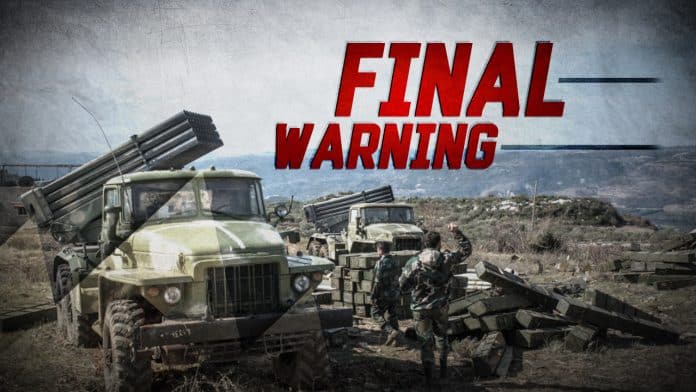 On August 28, ISIS militants carried out an attack on several positions of the US-backed Syrian Democratic Forces (SDF) in the al-Azraq oil field area in eastern Deir Ezzor. According to the Syrian Observatory for Human Rights, the SDF repelled the attack with help from the US-led coalition air power.

This was the second major ISIS attack on SDF positions in Deir Ezzor province in August. The previous one took place on August 20 and also targeted the SDF-controlled oil field – the al-Omar oil fields in southeastern Deir Ezzor.

These attacks show that despite claims by the SDF and the coalition that ISIS was fully defeated in most of northwestern Syria, cells of the terrorist group are still operating there.

Over the last few days, the Syrian military has deployed a large number of former Free Syrian Army (FSA) members, whom reconciled with the government in eastern Damascus, to a frontline with Hayat Tahrir al-Sham (formerly Jabhat al-Nusra) in northern Hama.

According to reports in Syrian media, more former FSA members from the Damascus countryside will be deployed in the area soon. The participation of these units in the upcoming operation against Hayat Tahrir al-Sham shows that all sections of the Syrian society see Hayat Tahrir al-Sham as a dangerous terrorist group, which has to be eliminated.

Idlib militants are trying to hold civilians hostage to be used as human shields and this festering “abscess” has to be eliminated, Russian Foreign Minister Sergey Lavrov said on August 29 following talks with his Saudi counterpart Abdel Al-Jubeir.

“For understandable reasons, Idlib is the last major stronghold of terrorists who are trying to gamble on the status of the de-escalation zone and hold civilians as human shields and bring the armed formations ready for negotiations with the Syrian government to their knees. So, from all standpoints, this ‘abscess’ has to be liquidated,” the foreign minister said.

“It is necessary to urgently separate regular armed formations from Jabhat al-Nusra gunmen and simultaneously lay the groundwork for an operation against these terrorists and do everything to minimize risks to civilians,” Lavrov added.

Media reports on the alleged June meeting in Damascus between high-ranking representatives of US and Syrian special services are “fake news,” Russian Special Presidential Envoy for the Middle East and Africa and Deputy Foreign Minister Mikhail Bogdanov said on August 29. Bogdanov’s remarks followed a report by Lebanese newspaper Al Akhbar that representatives of US special services made a private visit to Damascus in June and held consultations with the Syrian government.