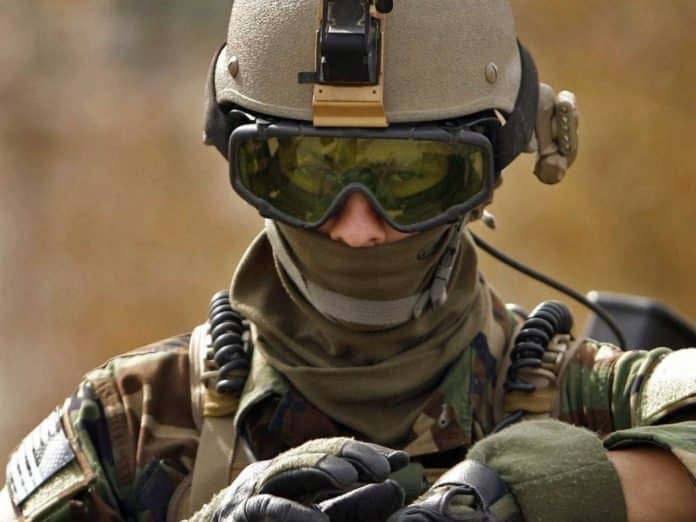 News reports from journalists embedded with American troops serving in Syria and Iraq are enlightening. They tell a daily story of operations, life behind the lines and the real story of America’s controversial mission that many believe is not only illegal and fully in support of organizations the US government has branded as “terrorist.”

In fact, access to US controlled regions in Iraq and Syria is totally restricted and all information on activities there not just classified but beyond the purview of even members of Congress. No one knows what America’s mission is. Photos used in the media are often archival and years old.

More frightening still, the only reports about journalism inside Syria are of kidnapped and killed journalists, reports covering areas allegedly under US control, reports accusing the Damascus government of widespread censorship and press restrictions in regions where such actions are obviously impossible.

It gets worse. There are, in fact, no journalists serving in the American enclave in Southern Syria at al Tanf, an area the Damascus coalition and Russian claim is simply a protected zone for ISIS operations.

In Northern Syria, north and east of the Euphrates river where the US claims to control, with its Kurdish allies, up to 30% of Syria, no American, British or French news service operates at all, not with US military organizations nor at any of the US bases which include air fields, training operations and newly constructed AEGIS type radar stations. These radar stations are suspected as an attempt by the US to institute a “no fly zone” over Syria such as was advocated by the Atlantic Council in January 2014.

Then again, nobody asks. No one seems to have noticed that there are no reports, no combat footage, no videos posted, absolutely nothing from US operations in Syria and Iraq. In fact, there is nothing from Afghanistan either, nor is there coverage of new US bases in Niger, Chad and South Sudan or of activities there as well.

By the time Vietnam came along, the history of American combat journalists was over. Those who “made their bones” in Vietnam did so from outside the country, too often, or from briefings at headquarters in DaNang of Saigon.

When visits to the field did happen, and it was “visits” rather than real operations, media would be shuffled onto helicopters for relatively safe “fly alongs” with rear echelon types, always West Point or Naval Academy types considered too valuable to “waste” on a war considered both worthless and unwinnable by the Pentagon.

“Embedded” reporters were the military’s own, from Stars and Stripes or military photographers sent out on carefully controlled “photo shoots” certain not to disturb those who might accidentally read something about a war the American people could care less about.

When Desert Story came around, the press had been totally compromised and picking out “embeds” to send out with military units on a 96-hour campaign was of little risk. Corporations had totally taken over the media and the public had been sufficiently “dumbed down” for propagandization.

By 2003, it was pure “fake news” every step of the way with “tame” reporters fed predetermined fake combat reports. Then things got worse, even “tame” wasn’t good enough.

We then look at the story of Pat Tillman, the last American combat soldier to speak out against US policy while still serving in a combat zone. This was the fate of Pat Tillman, from Veterans Today 2011:

“Today is the seventh anniversary of Pat Tillman’s assassination in Afghanistan. On April 22, 2004 Tillman and several other Army Rangers were given an odd order to split their motorized squad and proceed toward a village called Magarah. The original mission was to recover a broken-down Humvee from a rocky and almost impassable trail through a steep gorge. The Humvee was being towed by a local “jinga” truck, rather than by one of the working Humvees. Tillman and the others got to the village before the guys with the towed Humvee and were waiting for them when three Afghan kids fired an RPG, with an effective range of 250 yards, from 800 yards. It hit on the wall of the gorge and made some noise and loosened up some dirt and rocks. But, no harm done. Nevertheless, the vaunted Rangers lost control of themselves and fired their arsenal of a .50 caliber Browning, 40mm grenade machine gun, .30 caliber machine guns and .223 caliber machine guns plus their small .223 rifles, called M-4s. They fired until they were out of ammo and had to get into their reserve ammo supply.

Tillman and the other guys were watching this show from above. Tillman’s sergeant, Matthew Weeks, ordered him and Bryan O’Neal and an Afghan named Thani to go down on foot closer to the road, which they did. The lead Humvee came within view of Tillman and from a range of about one hundred feet, opened up on him and the two others, killing the Afghan and wounding Tillman after he waved his arms at them not to shoot. They dove behind a couple of one-foot high rocks and O’Neal asked if he was okay. One of Tillman’s legs was severely wounded. He threw a purple smoke grenade to show they were Americans and kept yelling at the nearby Humvee shooters. Both Tillman and O’Neal waved their arms at the Humvee. The Rangers in the Humvees stopped shooting for a minute. Tillman and O’Neal thought it was safe to show themselves.

Tillman identified himself loudly, saying “Hold your fire! I’m Pat f****** Tillman!” Specialist Trevor Alders opened up again with his .223 machine gun and hit Pat Tillman from about one hundred feet away. Now, both Tillman and O’Neal were in the same uniforms as the other Rangers, wearing the distinctive Kevlar helmets, carrying the same M-4 rifles. The Humvee guys knew that the other guys were up ahead and still they did this.

Here’s where it gets strange. The autopsy photos supposedly show three .223 holes in Tillman’s forehead, in a two- to three-inch group, something a machinegun cannot do.”

For some reason, one too easy to understand, the American people aren’t surprised at the lack of news from “the front.” Then again, if the “fake news” along with Google and Facebook simply choose to “not promote” media about the war, from reporters, were such to exist, or from troops sending video or writing about the war, the public would know nothing anyway.

On Facebook, even typing in the words “Veterans Today” will freeze up a screen. On Google, it is worse, much worse. From “the real Donald Trump:”

“Google search results for “Trump News” shows only the viewing/reporting of Fake News Media. In other words, they have it RIGGED, for me & others, so that almost all stories & news is BAD. Fake CNN is prominent. Republican/Conservative & Fair Media is shut out. Illegal? 96% of….”

The real issue behind this may well not be Google and Donald Trump but rather something far more serious to hide. Reports from Iraq claim the US is engaging in military operations against Iranian backed militias who were paramount in retaking Mosul and defeating ISIS. There is no reporting on these alleged military operations except from sources in Iraq’s government.

Inside Syria, claims of US operations to protect and support terrorists are never refuted, only denied or, more often, simply censored from the media.

Reports from US troops speaking out, telling of their day to day life, their activities, simply don’t exist at all, a virtual impossibility, a secret army of wraiths, “thieves in the night.”